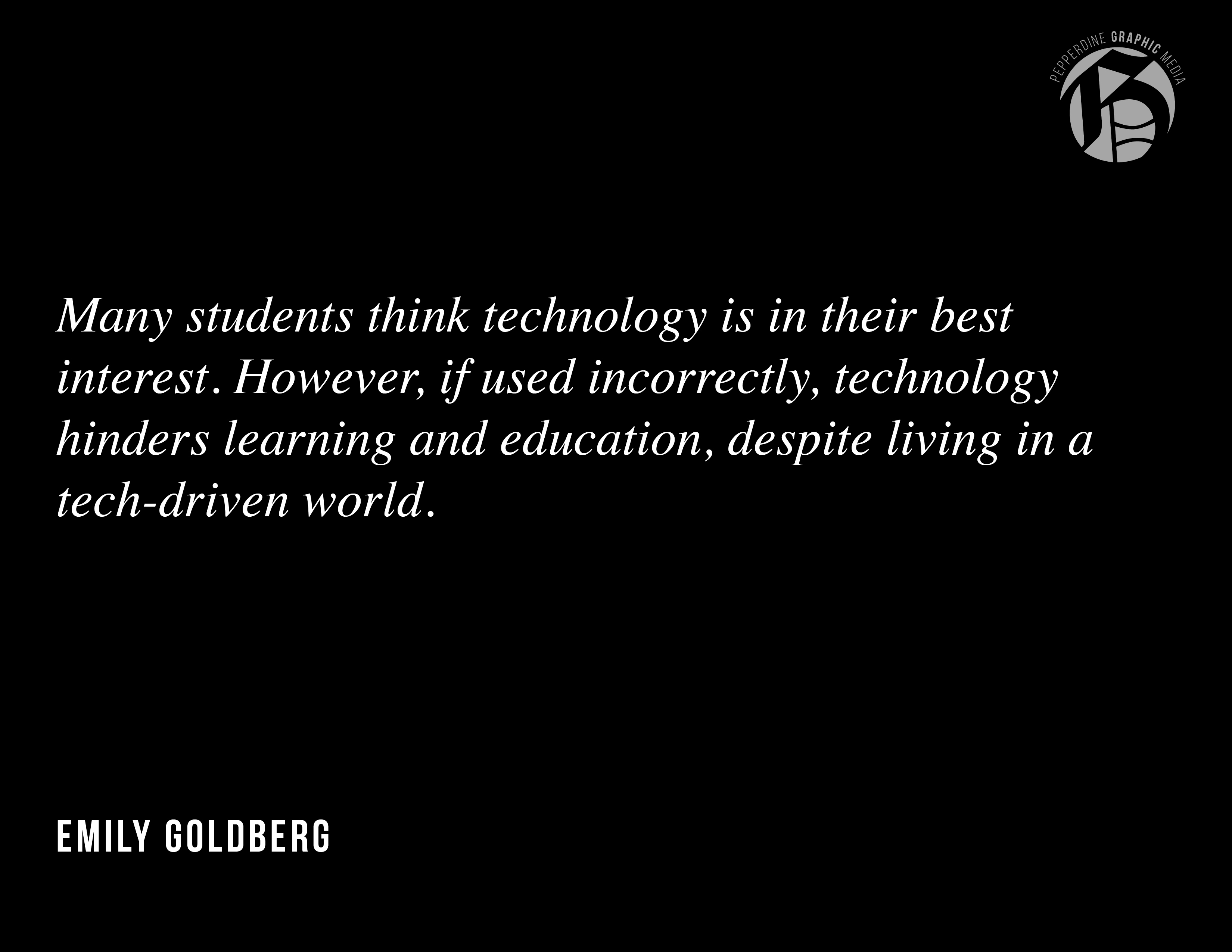 Many students think technology is in their best interest. However, if used incorrectly, technology hinders learning and education, despite living in a tech-driven world. It can prove to be more distracting than taking hand-written notes, even if tech is used as part of the class. Not using technology in the classroom and taking notes by hand is less distracting and more effective for students.

Many teachers continue to push technology in classes: allowing laptops and using online presentations for lectures. However more traditional teachers, like International Studies and Languages Division Professor Christine Peterson refuse to include technology as a part of daily routines.

“Using too much technology means not using your brain to capacity,” Peterson said, “because it’s so easy to just push a button and get the answers.”

Because she teaches languages, Peterson continued to say that the only way students will learn is when they speak and are active in class.

“If I have to teach with a PowerPoint in a class, I’m out of it. It’s not a language,” Peterson said.

According to Robert Shuter’s article, “End The Classroom War on Mobile Devices” published July 1, 2016 by Huffington Post, a survey of professors at schools from Missouri University to Harvard University determined that many professors believe that mobile and technological devices are hindering students in the classroom.

“Many U.S. educators, and the universities they work for, believe that mobile devices are a distraction to attention, learning and participation and, if permitted in the classroom, must be closely monitored,” Shuter said.

However, Shuter’s final deductions concluded that both professors and students can be happy with technology if there are positive and strategic usages of it in the classroom. However, it is evident, though, that technology can become extremely distracting to students, even when it is attempted to be used in a proactive manner.

Some students will continue to see the use of technology as being more effective, however, it is important for them to know the challenging distractions that come along with using technology in the classroom.