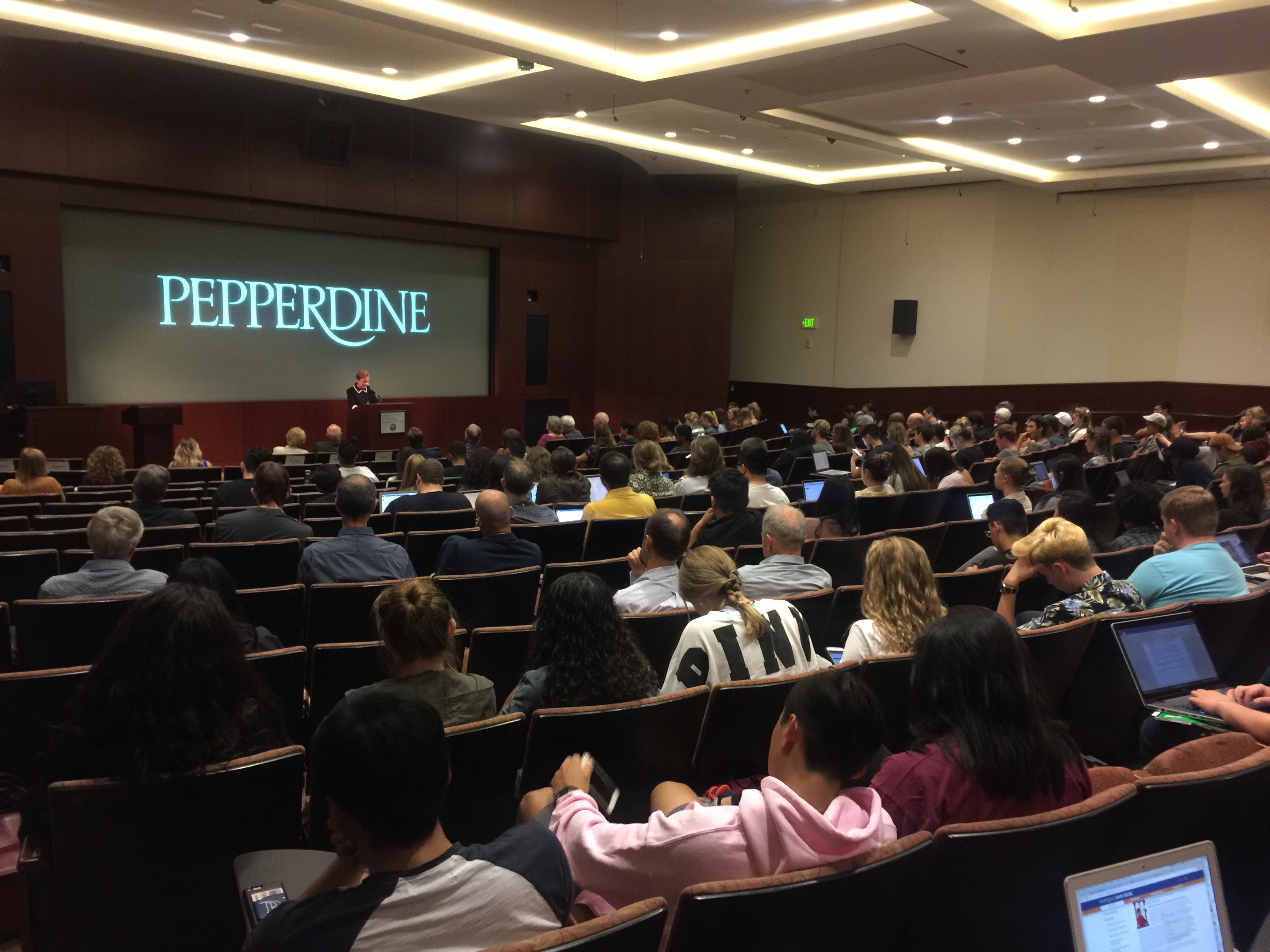 Students and faculty gathered to learn about the democratic approach to education in the second installment of the W. David Baird Distinguished Lecture Series.

“The reduction of the American Dream solely to prosperity has disconnected from the values of democracy and freedom,” Pasquerella said. “It has contributed to the abandonment of the notion of higher education as a public good in favor of it being viewed as a private commodity.”

Pasquerella focused on things like socioeconomic status and how the opinions of certain people regarding education are affected by it. She said that wealthier “White”class Americans believe that students who are active in social justice on their campuses have been brainwashed by their professors.

“One of the most challenging cultural barriers contributing to the growing economic segregation in higher education today is the prevailing rhetoric in which the art of persuasion has been replaced by instability and misinformation,” Pasquerella said.

“Education is extremely important to highlight and flourish in lower socioeconomic communities,” Lewis said. “It is the single best way to empower a set of youth that usually feels defeated or unworthy.”

Pasquerella also gave insight on the point of view of U.S. citizens on the opposite side of the socioeconomic spectrum.

“When we characterize working class frustrations over income equality and anti-intellectual, without looking at their underlying concerns, we do so at our peril,” Pasquerella said. “Only by understanding the ways by which Americans think and feel about their own economic security will we be able to comprehend the attack on colleges and universities.”

Pasquerella also discussed Donald Trump’s election as President. She said that in a different time, not as long ago as one would think, Trump would not be president. Furthermore, his campaign wouldn’t make it off the ground.

“Had Donald Trump said the things that he said during the campaign eight years ago about banning Muslims, about Mexicans, about the disabled, about women, his Republican opponents, faith leaders, academia, would have denounced him,” Pasquerella said. “There would be no way around those voices.”

After discussing at large today’s political climate, Pasquerella identified what she thought was the biggest issue in higher education right now, and how these politics directly affect students.

“I think the biggest challenge [with] higher education today is the growing economic and racial segregation,” Pasquerella said.

Pepperdine University President Andrew K. Benton was in attendance as well, and asked a question during the lecture Q&A segment regarding the importance of a liberal arts education.

“What would you say in the face of increasing consumerism, [about the] focus by parents and sometimes even students on getting jobs, [in regards to] what we do here … a liberal arts education?” Benton asked.

Pasquerella reassured Benton that a liberal arts education is beneficial to students regardless of increasing consumerism.

“The liberal education is the best preparation that we can offer students,” Pasquerella said. “In a world that is globally intricate … rapidly changing technology means rapid obsolescence.”

Pasquerella, while providing the audience with an abundance of heavy material, did leave with some hope.

“We need to redouble our focus on world citizenship and the interdependence of all human beings and communities as the foundation of education,” Pasquerella said. “Understanding that anger, hostility and pity, each carry the risk of creating barriers to humanistic identification.”