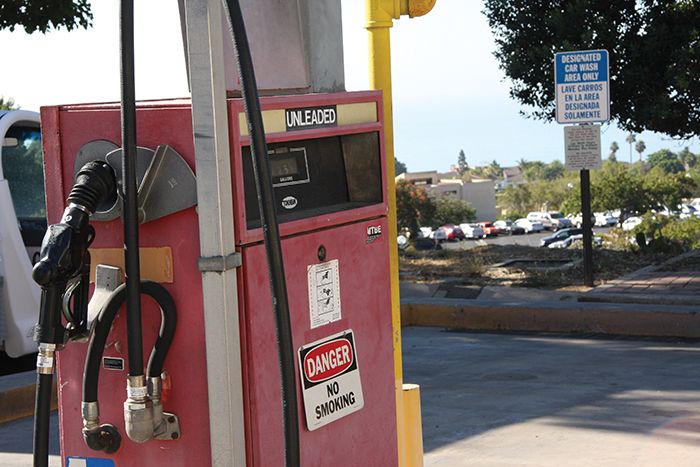 They reside in the land of the lost. A place where no student is granted access, where the earth’s most coveted resource is replenished on a weekly basis, where seemingly irreparable faults are fixed. Who are they? Automotive Lead Dan Oldaker, 54, and Mechanics Jim Carroll, 52, and Kevin Armstrong, 57.

Some of you have probably seen it in passing without knowing it. You might have glanced at it but not given it a second thought due to the rush of getting your packages ASAP. Pepperdine’s auto shop has been here for close to 35 years. Oldaker said the main purpose of the auto shop is to “repair just about everything,” ranging from shuttles, vans and Department of Public Safety vehicles to emergency generators.

Oldaker said jobs include welding, working on vehicles and conducting normal repairs. “Both of them are mechanics that can basically do anything from the ground up on the vehicle,” Oldaker said.

He cleared up that the auto shop’s job is to support every department’s needs who have a vehicle to maintain and to keep the vehicles safe. 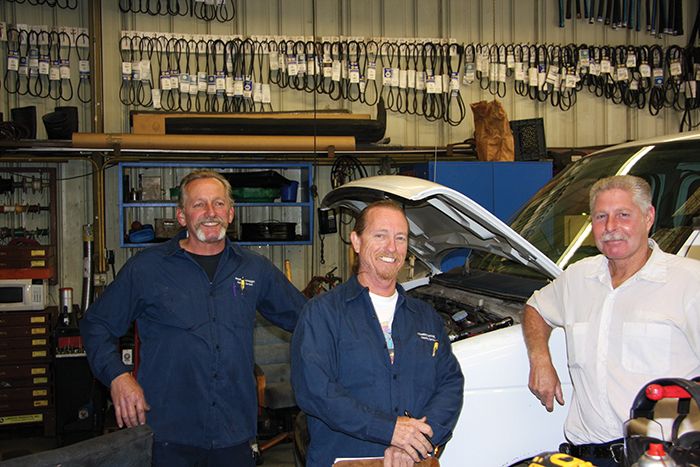 Pop the Hood // Carroll, Armstrong and Oldaker work at the auto shop located behind the FM&P lot. They service approximately 140 university vehicles and have worked together for almost 15 years.

Oldaker also said he has no problem with getting his hands dirty, but that he holds a more administrative role doing the paperwork and billing necessary to keep the auto shop afloat. The people who get their hands dirty on a more regular basis are Carroll and Armstrong.

Armstrong has been working at the auto shop for almost 15 years. Even though he said he enjoys his job, Armstrong said there are some challenging aspects.

“It’s strenuous. It’s very physical a lot of the times. It takes a toll on us, especially when it’s hot out,” Armstrong said. “[It’s strenuous] having to work and crawl around on the ground when you’re doing stuff on your back.”

Carroll’s time at Pepperdine is approaching 24 years. He said he loves his job because of the view, the deer running around, and the relationships he has with those who work around him. “We’ve been friends for a lot of years. Dan is not only my boss, but he’s my friend.”

“The most challenging part about your job is just trying to keep stuff running. And sometimes it can be a challenge,” Carroll said. He added that one of the most demanding moments on the job happened in 1994, when there was a major flood on campus. “Dan and I had to stay here for two days digging out mud,” he said.

Oldaker said that he and his crew were pushed to the limit during the brush fire of 1994, when the campus was engulfed in flames. “The helicopter was pulling water out of the pond and the nozzle that it uses to suck the water out of the pump had gotten stuck on one of the air aerators [responsible for keeping the water moving and not stagnant]. I went out there in the middle of the lake in a little boat with the helicopter hovering and got the nuzzle unstuck while I was being sprayed with the water.”

An aspect of the auto shop that students might not know of is the gas pump, which provides gas for university vehicles as well as an occasional helping hand to students. 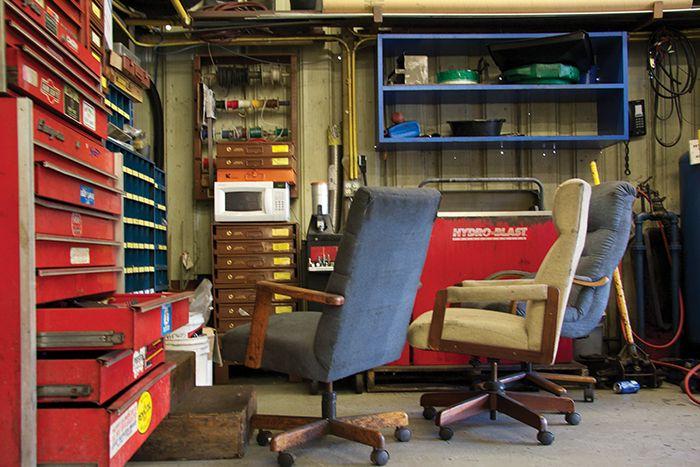 The process to help students who run out of gas is normally taken care of by DPS, according to Oldaker. DPS would get a gas canister, fill it at the pump and take it to the student whose car has broken down or run out of gas. The gas pump is fueled every six weeks, according to Oldaker. It is then that a semi-truck fills the pump with approximately 7,000 gallons of fuel. Oldaker explained the pump has been at Pepperdine since the 80s.

Unfortunately for students, the auto shop is no longer able to provide mechanical aid. “We do sometimes get students coming in here asking for help. We got to turn them down; that’s disheartening, to say, ‘I’m sorry, but I can’t do that,’” Armstrong said.

In the past, the auto shop would work on students’ cars whenever they needed emergency mechanical repairs. That’s not a possibility nowadays due to liability issues.

Carroll said he hopes to retire in 15 years, Oldaker said he won’t retire, “Until I’m ready to retire,” and Armstrong said he thinks he will do so in another 10 years.

“They’ll be glad to get rid of me,” he jokingly said. After saying this, he got an effusive and sarcastic “Go now!” from Armstrong. 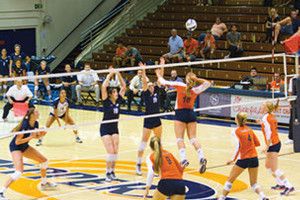 Photo by Arin DeGroff Volleyball kept up in a tough battle against No. 10 BYU on Tuesday. The Waves fell 3-0 to the Cougars...
Copyright 2013 Jupiter Premium Magazine Theme
Back to top