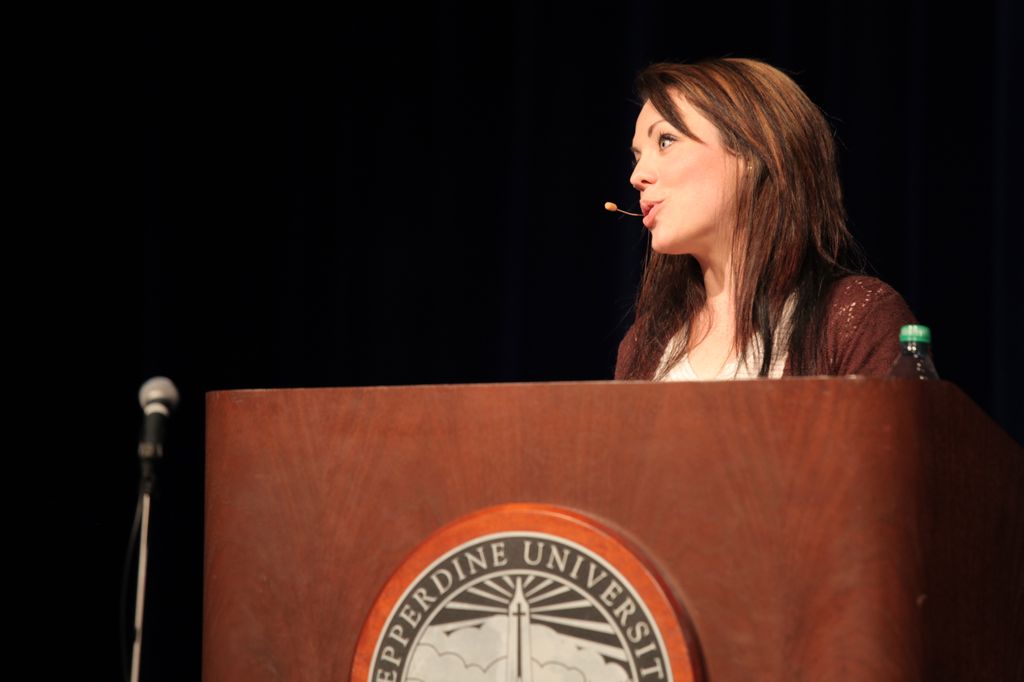 In a statement to the Graphic about the reasons behind her resignation she wrote in an email:

Before coming to Pepperdine, Jaggard worked as the Executive Producer for a church in Hollywood called Mosaic. She also taught public speaking courses at Biola University (her alma mater), and recently returned from teaching abroad for a few months with the Ministry of Education in Malaysia. She also wrote articles for online magazines, blogged and consulted on behalf of Gallup for their StrengthFinder assessment. “My life has never been boring,” Jaggard wrote.

She also joked that she will miss all the student gossip that occurs at the Cafeteria tables right outside her office. ” It’s funny, some people tend to think you can’t hear through glass,” Jaggard wrote.

University Chaplain Sara Barton said she is going to miss Jaggard and expressed her appreciation for being at Pepperdine. “She has brought life and organization to Pepperdine’s convocation,” she said.

“Although I’m relatively new here, I know that she expanded Club Convo and let students lead some of those groups. She also led one-on-one spiritual mentoring groups for students,” Barton said.

One of the accomplishments Jaggard said she is most proud of is launching student-led Club Convos. “I created that aspect of the program and enhanced it along the way, and it’s moved from being non-existent to now involving 95 student-led Club Convos this semester alone. Each group hosts 15 students. If you do the math, it’s approximately over one-third of the Seaver undergrad population involved,” Jaggard wrote

“Sarah Jaggard did a really great job at listening to student feedback from their experience with club convos and had really tried to make the convocation process as smooth as possible for everyone,” she said. “I’m thankful that students can now participate in two Club Convos at one time because it allows for deeper connections among peers and allows students to learn more about two equally interesting topics.”

Graduate Assistant to the Office of the Chaplain Matthew McCay, who is pursuing a Master’s of Divinity, only had kinds words to say. “I respected Sarah for her amazing heart that she has for the Gospel of Jesus Christ and how much she cared about the quality of programming being offered,” McCay said. “She fought for Christian programming to increasingly represent the mission of the convocation office to ‘build Christian faith and affirm Christian values.'”