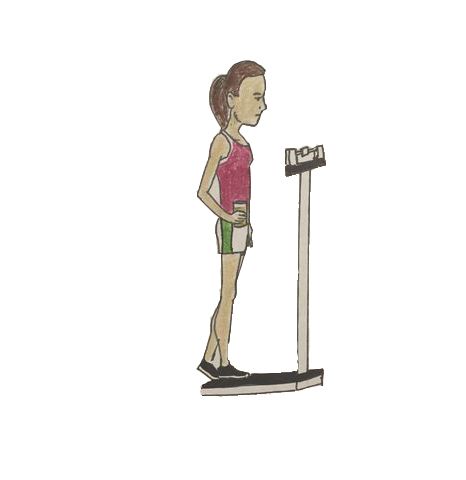 While males are pressured with hypermasculine ideals of being large, tall and muscular, females are pressured to be thin, so much so that thinness has been socially equated with health. As a result, according to data released by the North Dakota State University, 90 percent of those with anorexia are female. The fact that skinny always means healthy is simply just not true.

In fact, you can be larger and perfectly healthy, with a perfectly functioning cardiovascular system and stable blood pressure. However, what I am addressing is the onset of fad diets, such as the Beyonce-endorsed master cleanse, consisting of sipping a cayenne-infused lemonade instead of eating meals, juice cleanses and meal replacement “detox fixes.”

What if I told you that according to Robin Goldwyn Blumenthal, a contributor to Barron’s, juice cleanses have become a $5 billion business? Could it be that the increasing popularity of juice cleanses has become a socially acceptable form of an eating disorder?

Director of Nutrition for Metro Behavioral Health Associates, an eating disorder treatment center, Marjorie Nolan Cohn cited that the claims of juice cleanses to release toxins is “an easy buy-in.” Especially “if you have a type A personality, a cleanse brings on a euphoric, overwhelming sense of control.”

This is similar to the psyche behind individuals who are diagnosed with bulimia and anorexia. According to Cartrina Brown, M.S.W. in her 1990 article “The Control Paradox: Understanding and Working with Anorexia and Bulimia,” the sense of control, the ability to refrain from consuming sustenance or to overcompensate for calories consumed through excessively exercising or binging.

According to the latest annual statistics released by the North Dakota State University, in addition to the 24 million Americans and 70 million individuals worldwide suffering from eating disorders, 15 percent of young women in the United States who are not yet diagnosed with an eating disorder display “substantially disordered eating attitudes and behaviors.”

Why would that not be the case? Especially when fad dieting and juicing is seen as a socially acceptable, even socially praised means of taking charge of one’s lifestyle and physique?

This would be a valid concern in a university filled with high-stressed go-getters. In addition, we are a community in beach-bodied southern California that values perfectionism.

This is a time to be vigilant in caring for the community — especially through being considerate of the physical needs of those around us. In a 2015 interview with Buzzfeed Life, Associate Executive Director for the Clinical Science at Pennington Biomedical Research Center Eric Ravussin states that the claims of “detox and [the ability of juice to] mobilize all these toxins” is nothing but “pure marketing.”

Rather, let us detoxify our community with the lies that fat diets tell us. Not only do trends in fad dieting offer close to no proof of the ability to detox, but in fact, might be linked to eating disorders. Leader of the scientific advisory committee for the Global Foundation for Eating Disorders, Dr. Pauline Powers, wrote an article titled “Cleasing’s Dirty Secret,” and calls these fads “the perfect pathway to disordered eating.”

Rather, in a society structured around convenience, let us remember that there are no quick fixes for health and no magic pills for self-love and confidence. More importantly, let us challenge the notion that women cannot physically take up space and be beautiful and healthy at various sizes. When we as a community start embracing these truths, we can actually begin to “detox” effectively.