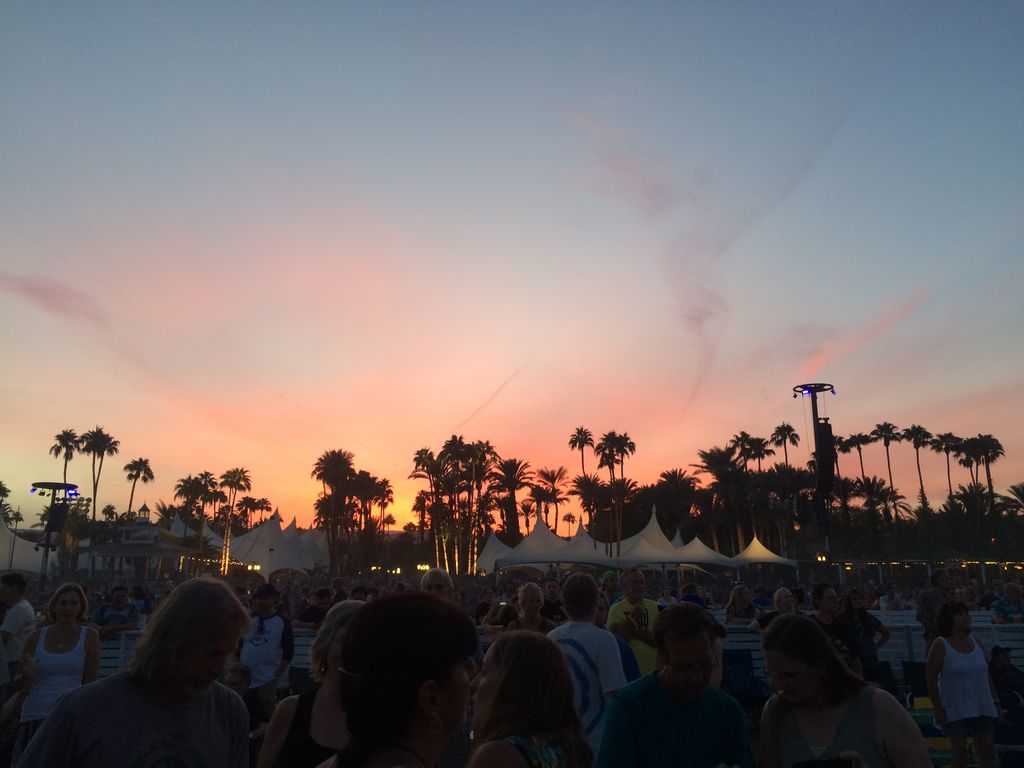 The sweltering heat and dust storm of Indio, California, were no match for devoted classic rock fans who came from all over the world to attend Desert Trip, a classic rock festival that featured six of the most influential musicians of all time: Bob Dylan, The Rolling Stones, Neil Young, Paul McCartney, The Who and Roger Waters of Pink Floyd.

The festival was three days long and occurred over the first two weekends in October, with the same acts appearing both weekends (Oct. 7-9 and Oct. 14-16) in the desert landscape that is home to the popular Coachella music festival.

Nicknamed “Oldchella,” due to the fact that all of the acts are AARP-eligible and the average concertgoer age was 51, there were fans from all generations and demographics whose lives have been touched by the same music. Whether this was one’s first concert or seventh time seeing the Stones, the experience is one unmatched by any other music event in history.

Sawyer Ryan, a junior at Pepperdine who also attended the three-day festival, said she was introduced to this era of music by her dad, who would play the classic tunes on their road trips or sing Beatles songs to her as a kid. 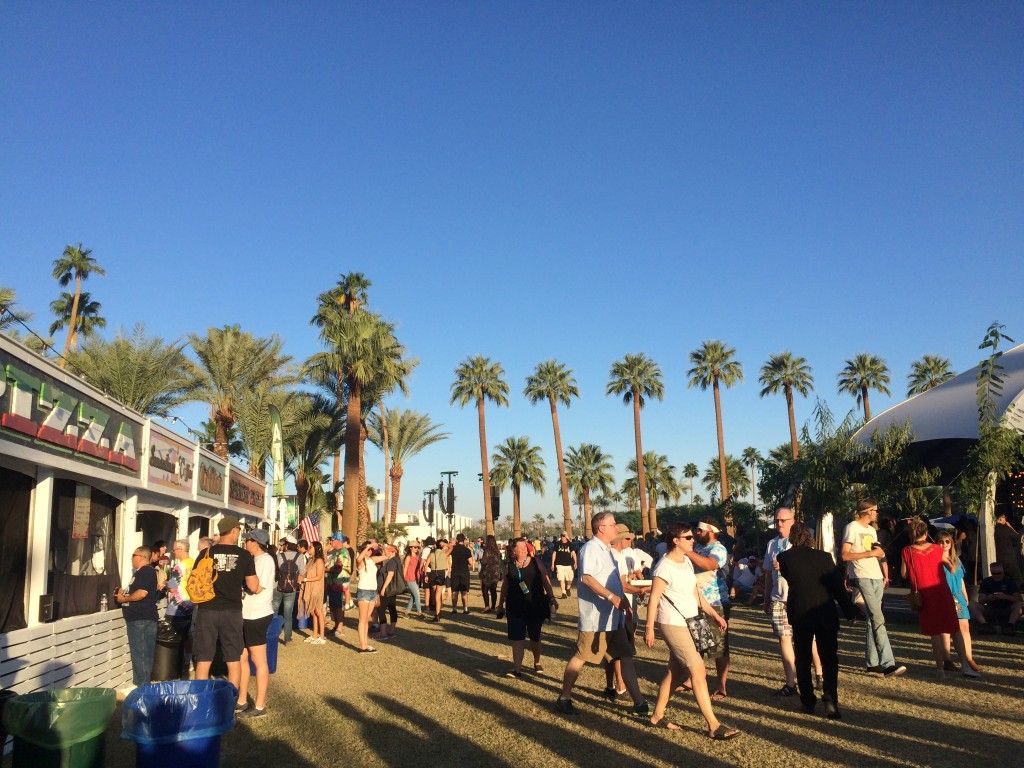 “Hearing these songs live brought back special memories from my childhood,” Sawyer said. She preferred the older crowd of “Oldchella” concertgoers compared to her own generation because they grew up on the same music. “They are really into it and have an appreciation for music that many people today don’t have.”

With the average age of performers at 72, Sawyer said, “it’s very impressive that they are still playing. They could have retired by now, but I’m so glad they come out and play for the fans. And they’ve still got it!”

The night’s first act, Bob Dylan (a week before he was awarded the Nobel Peace Prize in Literature), took the stage at dusk. With a raspier rendition of his well-known, poetic lyrics from the 60s, Dylan, in his wide-brimmed hat, tickled the keys of the piano with the power to transport one back in time. Fans clapped and swayed to the treat of Dylan playing hits like “Don’t Think Twice, It’s Alright,” and “Simple Twist of Fate,” instead of playing his most recent material, as he has typically done for so many years.

The Rolling Stones took the stage around 8 p.m. with the fitting opener “Start Me Up,” and the crowd cheered with excitement. College-aged kids were becoming friends with people who were their parents’ age. There was a man who had traveled all the way from Brazil to see the Stones, as well as a mother and son duo, both huge fans of the band.

Mick Jagger and Keith Richards (nicknamed “The Glimmer Twins”) rocked and rolled with classic Stones hits like “Miss You,” the fan-picked “Wild Horses,” and “Sympathy for the Devil.” Mick, 73, danced, pointed and ran around the stage in typical Jagger fashion with an energy unparalleled by others in his age group. The finale included the USC choir for a rendition of “You Can’t Always Get What You Want,” and a firework-filled “(I Can’t Get No) Satisfaction.”

Day Two consisted of Neil Young opening with an acoustic guitar and a full moon rising over the desert mountains, as he played the fitting “Harvest Moon.” Later on, his band, Promise of the Real, joined him for a powerful jam session that rocked the audience for over half an hour. Paul McCartney, possibly the weekend’s most anticipated act, took to the stage with his violin-bass, popularized during his years with The Beatles.

After playing everything from Wings’ hits, solo material and of course classic Beatles tunes like “Let It Be” and “Blackbird,” Paul invited Young onstage for a medley of “A Day In The Life” and “Give Peace A Chance.” Fans young and old swayed and sang along to “Hey Jude,” and rocked out to the finale’s “Helter Skelter” and an Abbey Road Medley, closing the night with the classic verse, “And in the end, the love you take is equal to the love you make.”

Compared to the previous days’ mellower openers, the final night of Desert Trip began with pure rock-and-roll from The Who. Original guitarist Pete Townshend and lead singer Roger Daltrey belted hits such as “Pinball Wizard,” “Won’t Get Fooled Again,” and “Baba O’Reilly” with an unspeakable amount of energy. “My Generation” was a crowd-pleaser, with the Baby Boomers screaming the anthem they sang so many years ago, proving they can still rock. 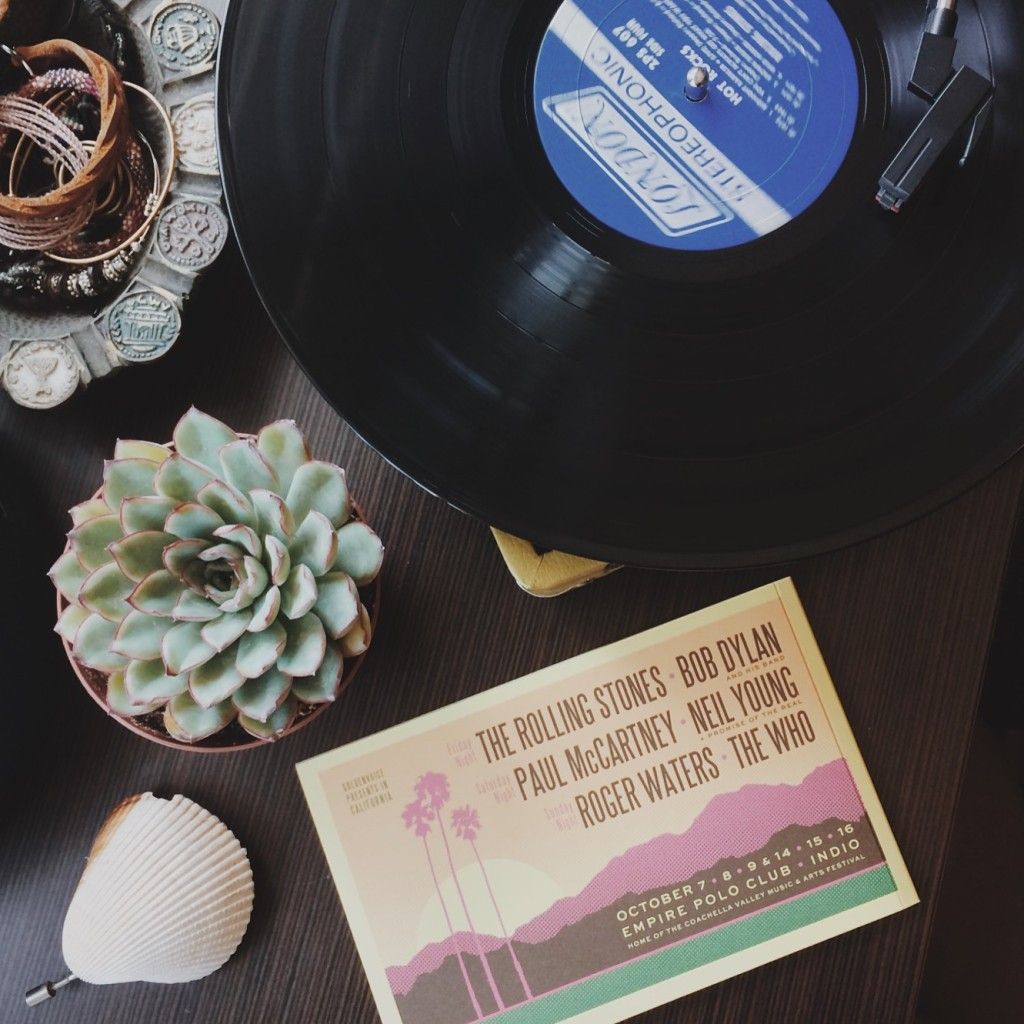 Roger Water’s show became an audible as well as visual spectacle, with stunning art appearing on the screens, as well as flying inflatable pigs and industrial smoke stacks rising from the stage. Pink Floyd bassist’s performance turned political when he plastered Donald Trump’s face on a flying pig while singing the song “Pigs.” He also performed many of Floyd’s popular tunes, like “Money,” “Wish You Were Here,” and the crowd sing-along “Another Brick In The Wall.”

There was an estimated attendance of 75,000 each weekend, which brought in around $130 million, according to Melinda Newman’s article titled “Desert Trip: The Best And Worst Of Weekend 2 From Paul McCartney To Neil Young And The Stones,” published on Oct. 16 by Forbes. With Bob Dylan, The Rolling Stones, and Paul McCartney, acts that not even Woodstock could get, the featured artists of these two weekends continue to make music history today.

The festival’s great success as the highest grossing festival ever, fans are crossing their fingers for Desert Trip to return in 2017 with requests for big names such as Elton John, U2, Bruce Springsteen, and Eric Clapton to be added to next year’s bill. Others, though, believe it is better to appreciate this historic once-in-a-lifetime event and simply “let it be.”