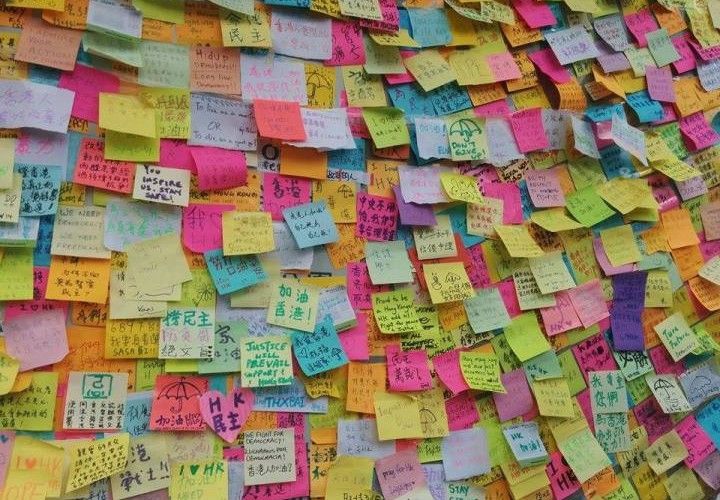 When Britain “returned” Hong Kong back to China on July 1, 1997, a principle of “one country, two systems” was implemented. Hong Kong would not practice China’s socialist system, and the Hong Kong Special Administrative Region would maintain its capitalist system for 50 years. Since then, the democratic development in Hong Kong has been in question.

Pro-democracy protests have been rattling Hong Kong since early September ever since the Standing Committee of the National People’s Congress announced that civil nominations would be disallowed. Instead, a 1200-member, Beijing-controlled, business oriented committee will choose electoral candidates before the public casts ballots. Students like you and me have been protesting outside government headquarters, and a civil disobedience campaign has been launched.

To put a face on this subject, I interviewed my friend, Ryan Osborn. Born to an American father and a mother born and raised in Hong Kong, Ryan was raised across cultures.

Q: Describe your involvement with this movement and general thoughts on it.

A: I’m not currently in Hong Kong so there’s not much I can do to directly support the protests. The most I can do is share reports, articles and photos of the protests in social media. I feel [an] awareness of these types of democracy movements, especially ones that are grown and influenced domestically (such as Hong Kong’s) are important to global politics. Social media is a great way to spread awareness of these issues and I try to use that to the protest’s advantage. I do not represent the majority of Hong Kong people and I have not lived there long term since I was three years old. With that said, my mother was born and raised there and a large majority of my family still lives there. I do support democracy in Hong Kong (Contemporary Mainland China is a separate issue) through both my Western upbringing and experience with Hong Kong’s people. The method used by protestors, although not supported by a large portion of Hong Kong’s population, is a very effective way of making a statement towards the government. Watching from the outside and realizing the global awareness it’s brought to Hong Kong issues, I support the protest and the protestors. 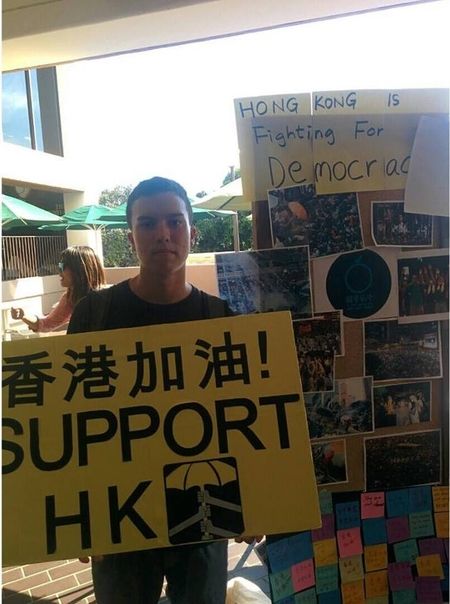 Q: Evaluate the claim that “spread of democracy” is another form of cultural imperialism.

A: Cultural imperialism is a word that is thrown around a lot in all democracy movements that don’t occur in the “Western world.” While in certain instances I understand the connection (U.S. interests in places such as South America and the Middle East), I don’t think this applies to Hong Kong at all, other than the fact that they were colonized by a now democratic country. One needs to only glance at Britain’s colonial laws in Hong Kong and most of their other colonies (that weren’t settled by predominantly White Britons) to know that Britain’s democratic influence did not apply for all British holdings. Hong Kong, unlike many countries where democracy has failed to stabilize governments, is highly developed, educated and experienced. Their want for democracy and rights not given to the rest of Mainland China’s population is a product of their developed values, not of Western imperialism. The Hong Kong people are pragmatic and “harmonious” enough to sustain a healthy democracy under the One Country, Two Systems policy implemented during the 1997 handover. The vast majority is not seeking British or Western rule nor influence; they are simply seeking rights which they feel they deserve. It is an internal movement, not an external one. The British were chastised for not caring about Hong Kong’s people during their rule. I highly doubt they care anymore now. As for conspiracies claiming the protests are being run by foreign forces trying to destabilize China, I only have these things to say: Democracy is not the will of the West. It is the will of the people. To claim people in Hong Kong only want democracy because of Western influence completely disregards fundamental rights and the voice of 7 plus million people who are well capable of thinking for themselves. 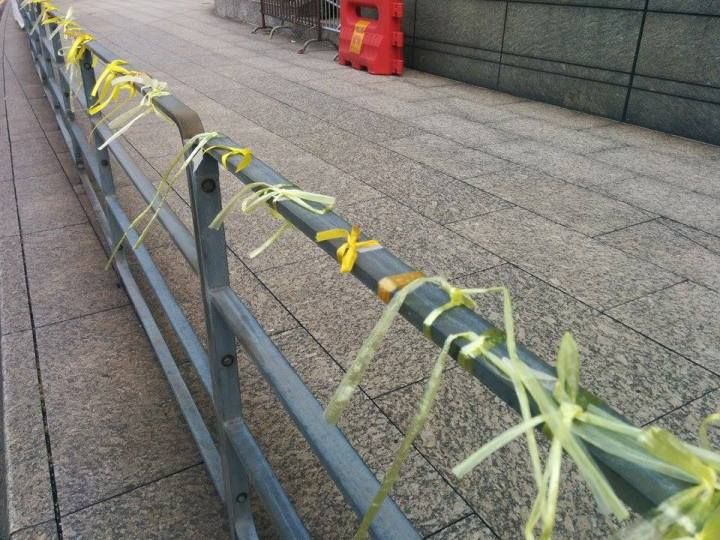 Q: What implications does this have for China?

A: I believe these protests will affect reunification talks between Mainland China and Taiwan a lot more than the citizens of Mainland China, and that’s where this affects the Chinese government the most. Though there are many in Mainland China who actively support and wish for a democratic China, most Chinese (I feel) are indifferent to the one-party system, for now, as long as it continues to economically develop the nation to the benefit of the majority. Freedom of speech and press (freedoms that already exist in Hong Kong) are larger issues for the Mainland, not so much democratic elections of top officials. China, however, considers reunification with Taiwan a major issue. The current agreement for the reunification of Hong Kong and China was actually developed to be used in Taiwan. If these protests are an indication of how well this reunification system works, Taiwan would most probably want nothing to do with it. If China has trouble reunifying a colony that wants democracy, how are they going to manage a renegade province that already has a democracy?

A: Other than support awareness, I don’t think Americans should do anything else. This is a Hong Kong and Chinese issue. Direct support by Americans would only fuel the claims of Western imperialism and help the Mainland Chinese government delegitimize the protest. 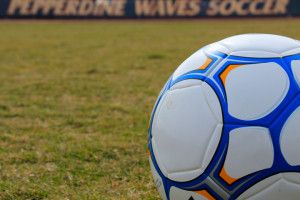 Photo by Allison Hubbard Pepperdine soccer shut down Pacific on Sunday, Oct. 12, 5-0, after a 0-0 tie against St. Mary’s...
Copyright 2018 Pepperdine Graphic
Back to top