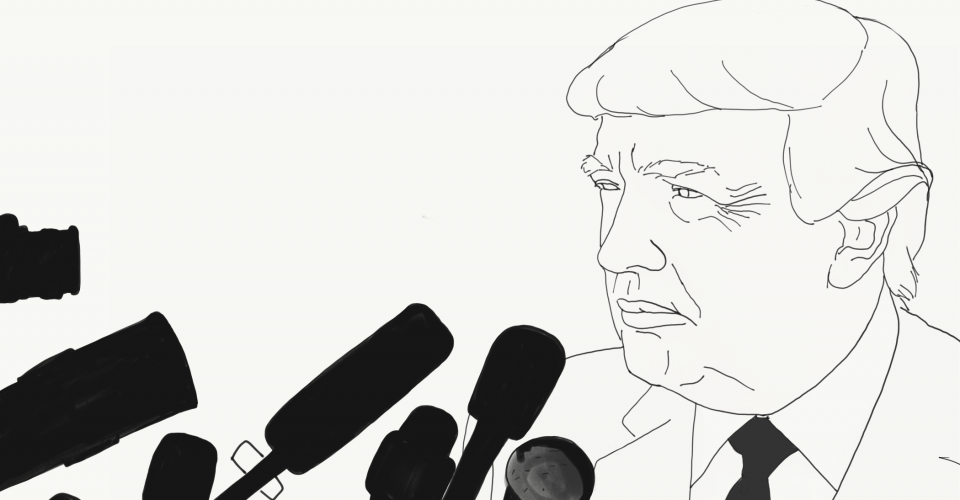 President Donald Trump began his presidency by starting a war over crowd size with the media. He claimed that the image comparing his Inauguration’s crowd size to President Barack Obama’s 2009 inauguration’s crowd size was intentionally misleading. It is possible that the crowd seemed incredibly full from his perspective. The crowd sizes aren’t actually the issue here, though. The issue is how the Trump administration handled this situation. President Donald Trump has shown his complete disregard for the truth, and it is crucial that each citizen find the facts for themselves.

White House Press Secretary Sean Spicer proceeded to tell the media that Trump’s inauguration had “the largest audience to ever witness an inauguration. Period.” That is a ridiculously false statement to make. Trump’s Senior Adviser Kellyanne Conway, when confronted concerning this lie, validated them by labeling them “alternative facts.”

It’s important to repeat this story, not because it’s particularly out of the ordinary for Trump, but because it falls in line with what he did throughout his campaign and proves that he will not change as President of the United States.

Trump, throughout his presidential campaign, was incredibly aware of his most enthusiastic followers. They were attracted to his say-it-how-it-is attitude, and he said the things they wanted to hear that no other politician would say. Trump presented essentially no real policy positions on his campaign trail other than “the wall” but created a support base that was loyal to him, rather than to any particular ideas.

By calling essentially every media outlet “fake news,” Trump has created a situation for his most loyal followers in which he is the only real outlet for truth. He does not care about the truth. Take a look at BuzzFeed’s running list of his lies. Donald Trump is in the business of consolidating power and pushing his own ideas. This is exhibited yet again with Kellyanne Conway’s recent invention of the “Bowling Green Massacre.”

Conway defended the recent Muslim Ban on Feb. 2 by citing the Bowling Green Massacre. This “massacre” never happened. She was referring to a situation in which two Iraqi immigrants were arrested in Bowling Green, Kentucky, and convicted of supplying al-Qaida with weapons and money. They did not plot a domestic terrorist attack. Conway defended herself by claiming that she misspoke when using the word “massacre,” but she had used the same language twice before. She was inventing a domestic terrorist attack in order to legitimize Trump’s Muslim Ban.

It was easy for the media to debunk the Bowling Green Massacre. The facts were out in the open and were immediately released after Conway’s statement. The damage had already been done, though. Over half of Trump voters believed that the Bowling Green Massacre showed why the country needed Trump’s executive order on immigration, according to a Feb. 10 report by Public Policy Polling.

Trump’s lies are not just embarrassing and confusing for the American public; they are dangerous. They have the ability to shape the way Americans look at issues in the world around them. It is the duty of every American to confront lies when they see them.

This is not about partisan politics. It is about protecting the value of truth in a world in which it is blatantly disregarded. Fact-checkers, like PolitiFact’s Truth-o-Meter, are now a crucial part of the American system. Democracy will be tested throughout Trump’s presidency. By investigating statements made by both the president and the press, Americans have the privilege of helping democracy pass this test. 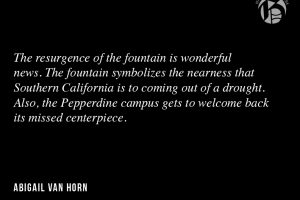 Graphic by Nate BartonLike Lazarus, the fountain has been resurrected from the grave.For those who hadn't noticed, the main...
Copyright 2013 Jupiter Premium Magazine Theme
Back to top