David Brooks Speaks on the Path to Purpose 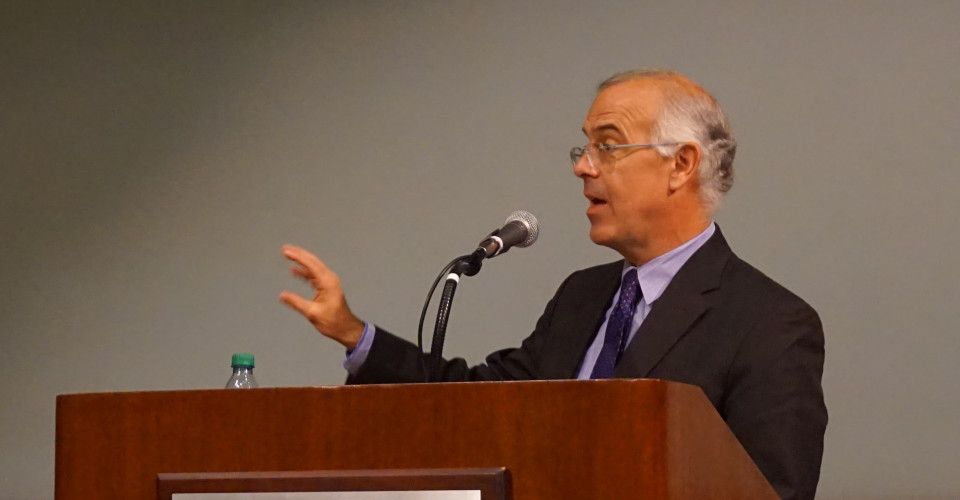 David Brooks, an op-ed columnist for the New York Times and analyst on PBS “NewsHour,” spoke on Thursday, Oct. 6 in Elkins Auditorium as part of the W. David Baird Distinguished Lecture Series. In the lecture, Brooks talked about his most recent book, “The Road to Character,” and the way a societal lack of intimacy and sympathy affects each person’s sense of purpose. Morality and purpose, according to Brooks, are not found within the self but by seeing, loving and making wholehearted commitments in one’s life.

Brooks began the lecture by talking about his personal life and journey in a way that made both students and faculty in the audience laugh. He focused on small moments of overwhelming thankfulness, like watching his children play in the yard. Brooks went on to describe a crisis of solidarity in our society, a loss of trust in the people around us and a trend of superficial relationships.The solution to this, Brooks said, is to change the spiritual way in which we look at the world and our own relationships.

“He made it really relevant to everyone not only in a university setting, in an academic setting, but also just real life people that can be seemingly ordinary but have a lot of purpose, which is exactly why we needed something like that,” said junior Katie Silva. “I find [interesting], the relationship aspect he was talking about around love and grace, especially about those sublime moments that make life so meaningful. There’s so much to take away from that.”

Senior Elizabeth Gilbert responded to the lecture in a similar way. “I love that in the climate of today he chose to speak about the need that society has for talking about what he calls softer, more emotional things,” she said. “He was saying passion comes after you find your interest, not before, and how you cultivate a passion from practicing what you’re interested in and finding something that you choose to devote your time to. I felt pressured to have a passion, but having the power to cultivate that on my own was a great point.”

“I like what he had to say about intimacy and relating that to community and the nation right now,” said Michael Ditmore, English professor and Divisional Dean of Humanities and Teacher Education. “It was an interesting way of relating back not only the individual character but the one that’s important for all of us.”

Brooks gave some advice for students seeking to balance their focus on resume virtues and eulogy virtues.

“I’ve come to be a believer in keeping a journal where you only write for yourself because it forces you to be honest about yourself. And second, having a spiritual book going at all times; so some book of theology or something that forces you to think about these issues. Then having either a Bible group or an accountability group where your friends get together and talk about the deepest things about each other. Most of these things are done in groups,” Brooks said.

The W. David Baird Distinguished Lecture Series will consist of three more lectures this school year, which can be found on the series website. 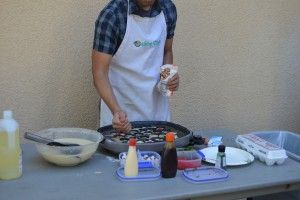