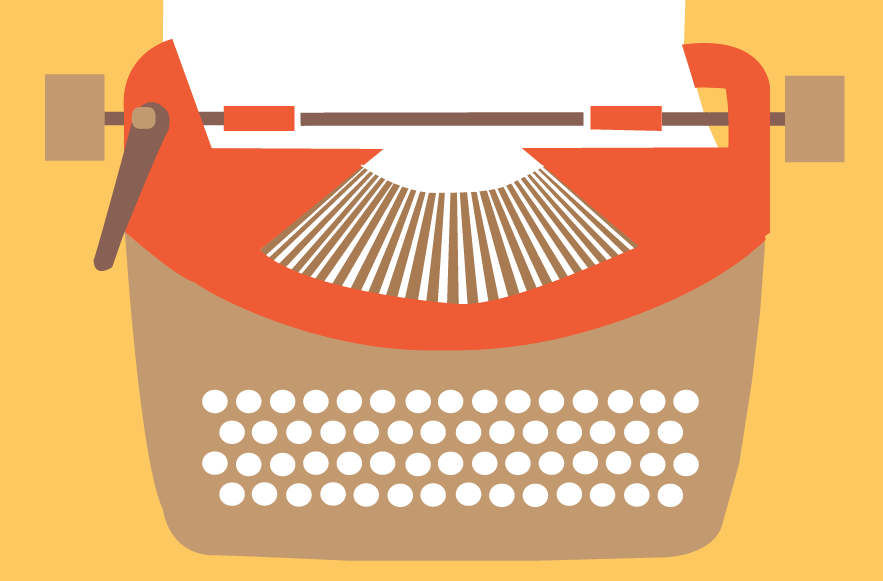 The smell of strong coffee, a leather-bound journal, a desk of cluttered papers and a portfolio of overly emotional poems might describe a common, if not cliche, opinion of creative writers. The reality for creative writers is long hours, rigid classes, writing and rewriting and, of course, passion.

“The writing life is one of those professions where one can both express one’s self creatively, explore the universal questions of existence and be financially rewarded at a variety of levels,” junior Creative Writing minor Benjamin Keoseyan said.

Professor and Director of Creative Writing John Struloeff said there are approximately 50 Creative Writing majors and 40 minors, amounting to almost 90 in the program as a whole. This number, plus those students who take a single class of creative writing, make the major roughly middle-sized, he said.

The Creative Writing major can be viewed from both a professional angle and an artistic one, Struloeff said. Some students view writing creatively as an art form, such as sculpture, painting or poetry, and being a Creative Writing major is a way to immerse yourself in that artistic side, he said. The other side to creative writing that can sometimes go overlooked is how it can parlay into a business environment.

“The No. 1 complaint that businesses have in terms of college graduates is that they don’t know how to write well enough,” he said. “There are too many people that come to them and they can’t write a coherent memo statement.”

“You’re trained to write with audiences in mind. And to use detail and be convincing and lively,” Struloeff said. “But you’re also trained to analyze documents carefully.”

The major has been criticized for having a lack of professional direction, as it doesn’t seem to have a clear-cut track as many majors do, Struloeff said. Creative Writing opens the doors for many jobs but perhaps not one specifically, he said.

“The array of jobs they have are just amazing,” Struloeff said.

Many of the students intern as undergrads and frequently will get hired from there. Graduates have secured jobs with magazines and publishing companies, working in films, for Fox TV and as screenwriters, in addition to unique offers, such as writing summaries for music albums.

“There isn’t just one thing you do with the degree,” Struloeff said.

Although the career path may not be solely one thing or the other, a degree in Creative Writing is taken seriously both professionally and artistically, Struloeff said.

With a Creative Writing major, there can be anywhere from 18 to 28 different occupational positions available, according to Career Center Industry Specialist Nancy Shatzer, who oversees the Arts, Media, Entertainment and Marketing majors and has extensive experience with employers in these industries. This major can be incredibly specific, but it can also apply well to a variety of jobs, as critical thinking, writing, speaking and multitasking are beneficial in all industries. Creative writers are not limited in this way and can do something like working for a publishing company while writing poetry on the side, she said.

Due to the finite positions offered in many creative departments, the job search can be difficult. Internships are incredibly important, and the norm these days is three to five internships in the creative arts before graduation, she said. On a positive note, Shatzer said she sees this search as complex but very realistic for the students.

The Career Center offers a wide array of services for all of the majors, including mock interviews, internship advice, networking and some scheduled programs, such as Project Externship and Evisers. Project Externship lets students shadow a professional in the workplace while Evisers is a forum to get questions answered by professionals and conduct informational interviews.

Famous authors, poets and novelists are brought to campus to speak to students and often interact with them. The department tries to have some aspect of the talks be a direct connection with students, according to Struloeff. To be able to converse with an accomplished writer and connect with them is incredibly beneficial, Struloeff said.

Struloeff also stressed the importance of the vast experience that the professors in the Creative Writing department bring to the table: Jeffrey Schultz is a renowned poet, Nancy Dodd is an author of several books, and Cynthia Hand, who is also Struloeff’s wife, is a New York Times Bestseller, to mention a few. One adjunct professor, Randall Wallace, co-taught the advanced screen writing class while he was directing the film “Secretariat.”

“He would come in and talk about the meeting he had that morning with the Disney Executives,” Struloeff said. “That’s real inside experience.”

This experience is hugely beneficial to the students, as it is so closely tied to the real world, Struloeff said. Professor Leslie Kreiner Wilson also teaches Creative Writing and directs the MFA Program in Writing for Screen and Television. She said she believes everyone needs writers and storytellers, and this need transitions into jobs, as companies promote their stories.

Freshman Creative Writing major Jacob Wolfe said he has a strong passion for poetry. In an attempt to further foster the community of creative writers, Wolfe recently founded the Pepperdine University Poetry Society. He said his hope is that the society will feel like a home for creative writers to express themselves.

“It’s not that there’s not a community, it’s just that we need to gather everybody together in one place,” he said.

Students enrolled in Creative Writing courses have expressed apprehensions concerning the variety in faculty, diversity in class offerings and required internships. The Creative Writing major and minor combined offers eight total classes under the CRWR listing, according to the 2015-2016 Seaver College Academic Catalog, compared to 15 class offerings under the Physics (PHYS) listing, 13 under Business Administration (BA) and 15 under Media Productions (MPRD).

One cannot simply change class offerings overnight, as the process is very involved, Struloeff said. Because there are only approximately 50 majors, additional classes would likely be below the Seaver requirements for class size. When he arrived in 2007, Struloeff said he did a program overhaul.

“I was trying to bring it into alignment with the kind of classes that are offered at most universities,” he said.

Students get a wider variety of professors in the major through their required English classes, Strueloff said.

There is currently the opportunity to register an internship for class credit within the major, and the option of having a required internship is currently being discussed during the Humanities and Teacher Education Division’s five-year review.

Keoseyan said he started as a Creative Writing major but switched to a minor, as the program was not specialized enough for his personal career desires.

Despite the Creative Writing major’s limitations with few professors, Keoseyan said he has benefitted from the program, particularly Schultz. As a well-known poet, Schultz has provided incredibly beneficial workshopping advice for Keoseyan along his journey as a writer, Keoseyan said.

“It’s on the student for more than just skills and abilities. It has to be the passion that they are able to go after all four years,” Shatzer said.

It is important for students to really feel like they can do what they want to do, and the University is doing all it can to prepare students to be well trained, Shatzer said.