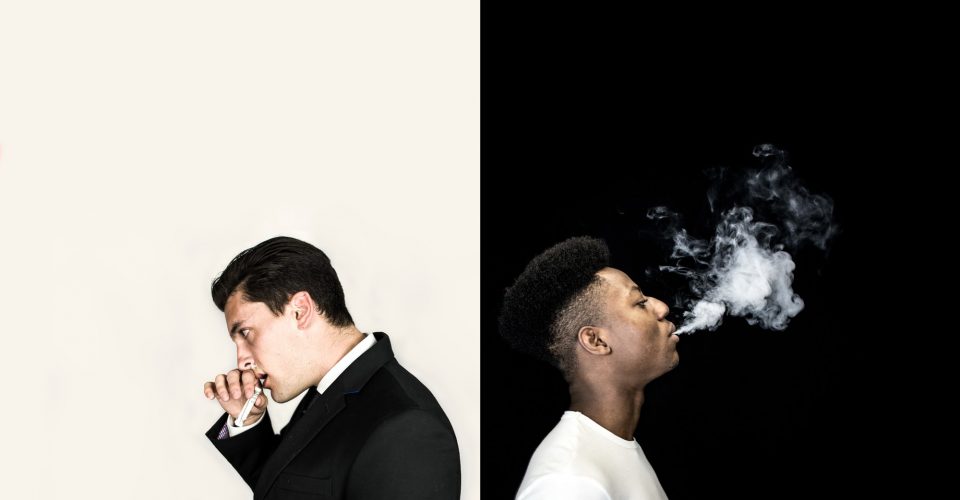 “America’s public enemy No. 1 in the United States is drug abuse,” President Nixon said in a June 17, 1971 press conference. “In order to fight and defeat this enemy, it is necessary to wage a new, all-out offensive.”

Nixon allocated federal resources to end the import, manufacture, sale and use of illegal drugs. However, after almost five decades and trillions of dollars, the War on Drugs has been called a failure by politicians on both sides of the political spectrum. Nationwide, reports show drug laws have produced incarceration rates that have disproportionately impacted communities of color. Permanent damage has been done to communities that bear the impact of unjust drug laws that criminalize substances based on race.

“I think the drug war causes more harm than the drugs themselves, which is a damning thing to say, given how serious some of these drugs are,” Sanho Tree, a fellow at the Institute for Policy Studies and director of the Drug Policy Project, said. “The criminalization of drugs doesn’t help people who are addicted to drugs. It perpetuates the black market that empowers criminal organizations.”

In 2015, the National Institute on Drug Abuse (NIDA) reported that illicit drug use is increasing in the United States. Earlier this year, NIDA found that drug overdose death rates have nearly quadrupled from 1999 to 2017. A total of 70,237 people died of drug overdose in 2017.

“When you think about marijuana, cocaine, heroin, methamphetamines — these drugs are minimally processed agricultural and technical commodities that cost pennies per dose to manufacture,” Tree said. “There’s nothing exotic about these substances or plant products. They’re very easy to produce, and there’s no reason why they should be worth this much money. But it’s our policies of drug prohibition that build a risk premium.”

However, at one point in our nation’s history, drug prohibition was not the norm, said Armando Gudiño, California policy manager at the Drug Policy Alliance’s Los Angeles office.

“In the 1800s, in the United States, and most parts of the world for that matter, drugs — particularly the illicit drugs that have driven the War on Drugs — were all legitimate over-the-counter accessible products that you and I could purchase at a pharmacy,” Gudiño said.

The first drug laws in our nation were municipally established in the 1870s in San Francisco. Gudiño said these laws came during an economic recession where Chinese immigrants had finished building the transcontinental railroad and there was a heightened competition for jobs. Politicians criminalized opium with the purpose of targeting men who they saw as a threat in the labor force.

“Throughout the history of the United States, drug laws were developed with the sole purpose of persecuting, arresting and subsequently incarcerating and/or deporting men of color,” Gudiño said.

Alcohol and tobacco cause more deaths than drugs. Excessive alcohol use led to approximately 88,000 deaths more than the 70,237 drug overdose deaths in 2017, according to the Centers for Disease Control and Prevention (CDC). However, tobacco and alcohol are not typically considered a major problem in the U.S.

“Drug laws are rooted in racism in the sense that drugs were always taught to be some other culture’s problems,” Tree said. “While the dominant culture always accepts its own favorite drugs — alcohol and tobacco, which are by far the biggest killers throughout the history of the U.S.”

One law that disproportionately affected minority communities and significantly changed the United States criminal system is the Anti-Drug Abuse Act of 1986, signed by Reagan.

“The first major law that was relevant was the 1986 law, the Anti-Drug Abuse Act,” said Joel Fetzer, Political Science professor at Pepperdine University. “[Congress] set out sentencing guidelines that were relatively punitive instead of rehabilitative. The idea is that anyone who’s doing crack cocaine, they’re just an evil person. There’s no way to make them good people again. So you just sort of throw them in jail, as many as possible, for as long as possible.”

The Anti-Drug Abuse Act of 1986 was the first federal criminal law to distinguish crack cocaine and powder cocaine by establishing a 100-to-1 weight ratio and imposing “mandatory minimum” penalties for the possession of the drug. Essentially, for one ounce of crack cocaine, 100 ounces of powder cocaine are needed to receive the same punishment.

“These different sentencing laws made it relatively difficult for judges to exercise discretion to say ‘well there are special circumstances here and so maybe this person doesn’t need as long a time in jail,’” Fetzer said.

Tree said he personally witnessed how mandatory minimums increased prison populations and made it difficult for judges to have leniency.

“I know many judges who literally cried on the bench as they were forced to sentence people to extremely harsh sentences,” Tree said. “There was nothing they could do to get out of it.”

During the 1980s, there were several years of “crack hysteria” reporting, Tree said.

“[The media] cherry-picked a lot of stories and sensationalized them,” Tree said. “I was in college at the time and remember these stories vividly.”

Stories of people with prestigious jobs that took a hit of crack and two weeks later had ruined their lives were common, he said.

“As a result, people thought that crack cocaine was the end of all drugs, when in fact, given what’s out there in the market today, it’s really not as deadly,” Tree said. “Not to say it’s a good drug, but crack and powder cocaine are essentially the same chemical.”

During this time, politicians tried to rationalized the 100-to-1 ratio sentencing disparity through a myth that crack cocaine was stronger than powder cocaine, said Michael Folkerts, professor of Psychology at Pepperdine University.

“There was a myth when I was growing up in the ’80s that crack cocaine was more addictive than powder cocaine,” Folkerts said. “Crack cocaine and powder cocaine are the same thing. What makes them different is how they’re prepared.”

Crack is made by adding baking soda and water to cocaine hydrocholoride, a solution extracted from the leaves of plants including coca, and heating it, Folkerts said.

“When the mixture dries, instead of forming a powder, it formed chunks of dried hardened mixture,” Folkerts said. “It’s often called rock cocaine because it looks like little, irregularly shaped rocks. It’s called crack because of the popping sounds produced when the chunks are heated.”

Throughout Reagan’s presidency, rates of incarceration grew significantly — primarily for African Americans. There are similar rates of use between Blacks and Whites, but the imprisonment rate of African Americans for drug charges is almost six times that of Whites, according to the NAACP.

“I would say clearly that racism is involved throughout our entire system. We would be naive to believe that that’s not the case,” Folkerts said. “There is a historical, systemic relationship with our country and white supremacy. That has affected the way we view each other, the laws that are created and the way we use science explicitly and implicitly.”

In 1914 The New York Times published an article with the headline: “NEGRO COCAINE “FIENDS” ARE A NEW SOUTHERN MENACE.”

The article linked cocaine use to Black males, and called them murderous and impervious to bullets.

The history of drug laws in the United States are visibly unjust and have resulted in unequal outcomes across racial groups.

“It clearly shows that in the early 1900s, when drug laws were beginning to form in our country, there was a clear racial bias and sensational reporting,” Folkerts said. “It shows laws weren’t based on pharmacology, but more on racial discrimination in the early 1900s.”

For multiple years, the United States has had the highest incarceration rate in the world.

A 2018 report from the Bureau of Justice Statistics (BJS) showed nearly 2.2 million adults were imprisoned in the United States at the end of 2016. About 1.5 million were held in federal and state prisons, while nearly 741,000 were held in local jails.

“[Politicians] criminalized an entire generation of predominantly Black people, because they considered the inner city was completely out of control, almost to what it was like a hundred years prior when they were slaves,” Gudiño said.

Statistics from the 2016 National Survey on Drug Use and Health reveal that Whites are more likely to use cocaine and crack in their lifetime compared to Blacks and Hispanics. However, government data in 2016 shows African-Americans and Hispanics are still prosecuted more than their White counterparts for nearly every type of drug crime. 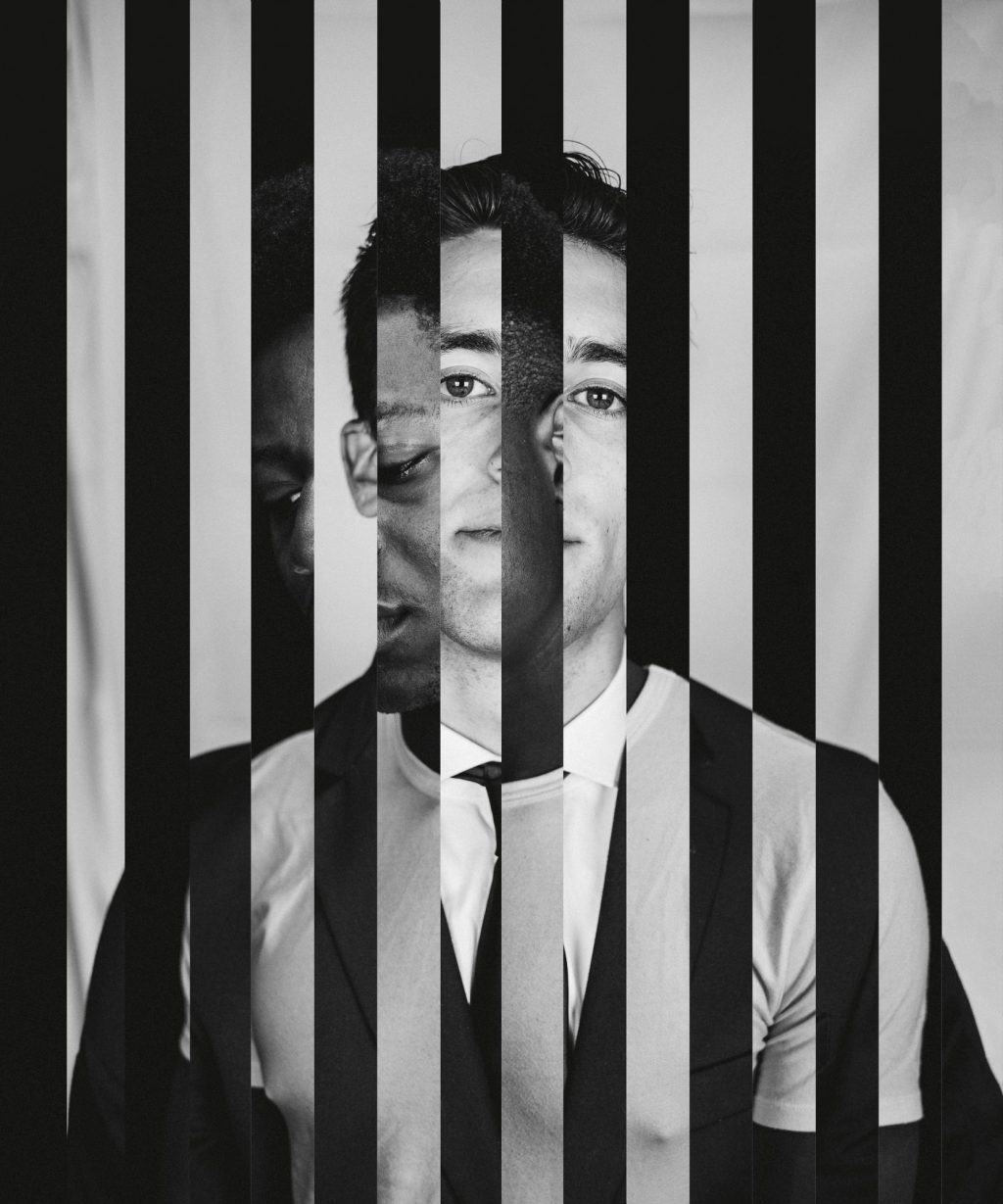 When sophomore Pepperdine student Sarah Pechtl first learned about the sentencing disparity between crack and powder cocaine in her Social Action and Justice seminar, she said she was shocked.

“I couldn’t believe it when I heard it,” Pechtl said. “The driving force was racism. Upper-class, White individuals were using powder cocaine more than Blacks were using crack cocaine, but there was always a sentencing disparity.”

Fetzer personally witnessed the difference between how powder cocaine and crack cocaine were criminalized in society.

“I remember in the 80s, I worked in a law firm and it was quite common among lawyers to use powder,” Fetzer said. “Obviously, they’re corporate lawyers making a lot of money. They could afford it. You’d have people that would use powder cocaine to stay up late to work on contracts and legal work, which is a little troubling right? These were supposed to be people who were enforcing the law, doing the right thing, and instead they’re flagrantly violating the law simply because they can.”

Progress in our criminal justice system has been slow. In 2010, President Barack Obama signed the Fair Sentencing Act that reduced the disparity in sentencing between crack cocaine from a 100-to-1 ratio to an 18-to-1 ratio, and eliminated five-year minimum sentencing laws.

“Scientifically, we would argue that the ratio between crack and powder should be exactly equal since it’s the same drug, yet the law has a hard time changing,” Folkerts said.

Like many, Pechtl said the slow changes to the criminal justice system are frustrating.

“The only difference between these drugs is who uses them,” Pechtl said. “I feel like this 100 percent should be 1-to-1 because this is no longer on basis of the drug itself, but on the community using it.”

Gudiño worked on passing this legislation with the Drug Policy Alliance, the American Civil Liberties Union and several others.

“What we did with our bill at the time is that we said we want an equal playing field,” Gudiño said. “If you cannot apply the law in a fair and equitable manner, then we must change the law. To ensure that by virtue of the law itself, everyone is treated equally.”

The harm with the War on Drugs imposed on historically disenfranchised communities is irreparable Fetzer said.

“I mean think about the children of African-Americans that were not born because African-American men were in jail,” Fetzer said. “They can’t be born. You can’t go back.”

If we want to grapple with the reality of our criminal justice system, Gudiño said, we have to acknowledge that the War on Drugs has been one of the most disastrous and failed policies in the history of American public policy.

There isn’t a cure all that would fix our drug laws perfectly, Folkerts said. But he believes that moving on requires a serious discussion about what drugs are truly doing, the facts and what these drugs are not doing.

Where There's Smoke, There's Vaping?: JUULs Usher in a New Age of Nicotine 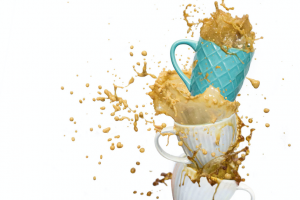 Photo by Milan LoaiconoCaffeine culture at Pepperdine has always been prevalent, but many students say it has intensified...
Copyright 2013 Jupiter Premium Magazine Theme
Back to top