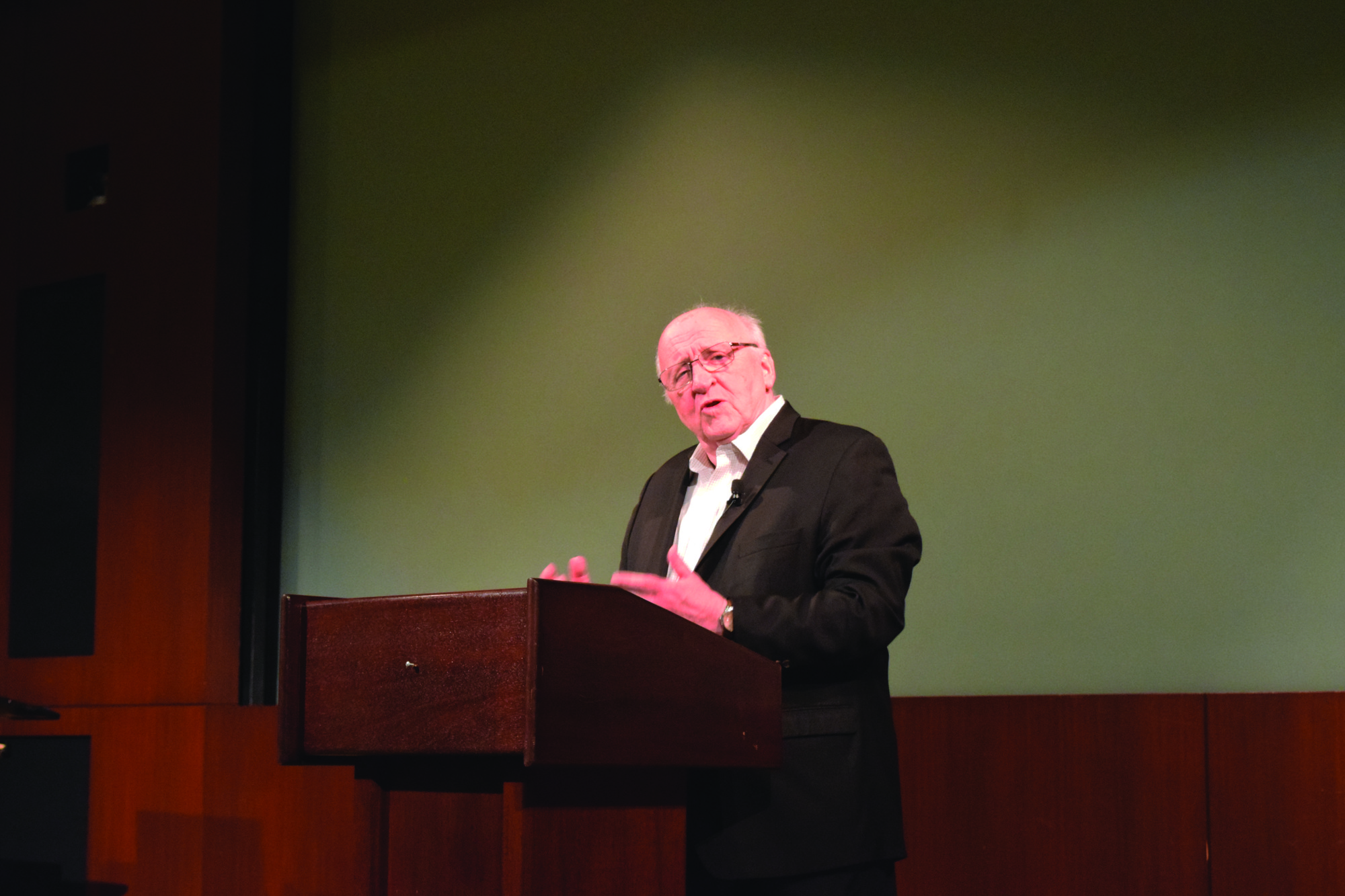 Richard Mouw, American philosopher and theologian, spoke in Elkins Auditorium on March 15 to share his message on what he likes to call ‘Convicted Civility’ with the Pepperdine community.

At the root of Convicted Civility is the idea that conviction and civility are an integral part of civil discourse and Christianity can be a solution to the incivility seen today and not a part of the problem, according to Mouw.

This convocation event was put on by Relationship IQ, Boone Center for the Family, Office of the Chaplain, Straus Institute for Dispute Resolution, Student Affairs, and faculty from the Religion, Psychology, Political Science and Communication divisions. The event was called Convicted Civility: How to Talk Peacefully when You Strongly Disagree.

“It’s so important for us as believers, those of us who are followers of Christ, to think of the fact that we have family in every tribe and Tonkin nation on the earth and that these are kinsfolk,” Mouw said. “Understanding that should transform the ways in which we see human beings.”

Mouw taught at Pepperdine for a year after he retired from his Presidency at Fuller Theological Seminary. In addition, Mouw has talked at Pepperdine on several occasions.

Hannah Parmelee, Relationship IQ director at Boone Center for the Family, spoke about the purpose of the event.

“I hope participants gained a greater understanding of the concept and importance of convicted civility and heard examples of what convicted civility looks like so they can start imagining themselves responding in these ways,” Parmelee said. “I also hope we better understand how to live into Jesus’ command to love your neighbor when in conversations where disagreement runs high.”

Sophomore Alex Ksajikian offered his thoughts on the event.

“To be honest I was here for the convo credit, but Dr. Mouw really had a lot of valuable insight to share with us,” Ksajikian said. “As humans I don’t think we can ever get enough reminders to love our neighbors.”

“I think this event was meant to give a working understanding of what convicted civility means lived out and how that’s deeply rooted in Christian scripture,” Peterson said. “A talk like that is gonna meet people where they’re at, and my hope is that they might be able to take a step in the right direction by being encouraged by someone who has been through a lot and has worked very diligently towards reconciliation, peace, understanding and loving your neighbor.”