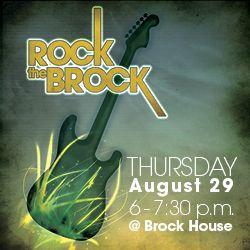 The class of 2014 kicks off the year the right way with Rock the Brock.

The sun was setting, the food was flowing and the band was swinging as the sounds of music and laughter filled the air. It was finally time for Rock the Brock, the event that ushers in the senior class’s last year at Pepperdine. President Andrew K. Benton hosted the event on Thursday, Aug. 29,  at the Brock House.

The conversations outside of the Brock House were all excitement and enthusiasm as seniors reunited with old friends and discussed their summers and the big year ahead of them. At check-in each student received a raffle ticket for a chance to win one of the many prizes included in the evening’s giveaway. One of these prizes stood right in the doorway — a white guitar that each of the seniors signed as they entered the house.

The party was in full swing in the backyard as President Benton and his band “Midlife Crisis” belted out classic, lively tunes that kept the dance floor alive with students. Seniors lined up to taste the assortment of bite-sized entrees and desserts being served as they continued to chat with their friends. Of course, there was no shortage of pictures being taken at the event, and with a view like the Brock House has, who could blame the seniors for wanting to snap a few pictures with their close friends?

As the night went on, the dance floor became packed with students eagerly waiting to test their luck at winning one of the several raffles. Prizes were given out in abundance. Some of the prizes included a dinner and movie package, a Student Activities package, and an iPod Nano. The electric guitar signed by the class of 2014 went to Alana Grambush. However, the most anticipated prizes came when the winners of the “Waves of Relief” Presidential Awards were announced. The four lucky recipients were Tiffany Bailey, who won $1,000, Brandon Cruise and Alexa Grambush, who each won $2,000,  and Patrick Stephens who won the $5,000 award.

For many seniors, the night was also a time for reflection as their time at Pepperdine starts to come to a close. The Brock House marks the beginning of an exciting college journey with My Tie and the final stage of that journey with Rock the Brock.

As senior Angel Tseng explains, “Last time I was at the Brock House was for My Tie — I can’t believe it’s already senior year! Rock the Brock was an awesome way to kick off the year.”

With this event, the class of 2014 is ready to begin their last year at Pepperdine and take those final steps toward graduation. 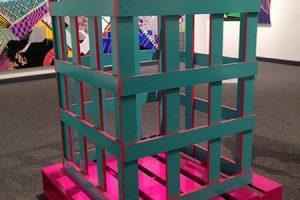 As another year begins, so does a new exhibition at The Frederick R. Weisman Museum of Art. The Weisman opened Art for Art’s...
Copyright 2013 Jupiter Premium Magazine Theme
Back to top