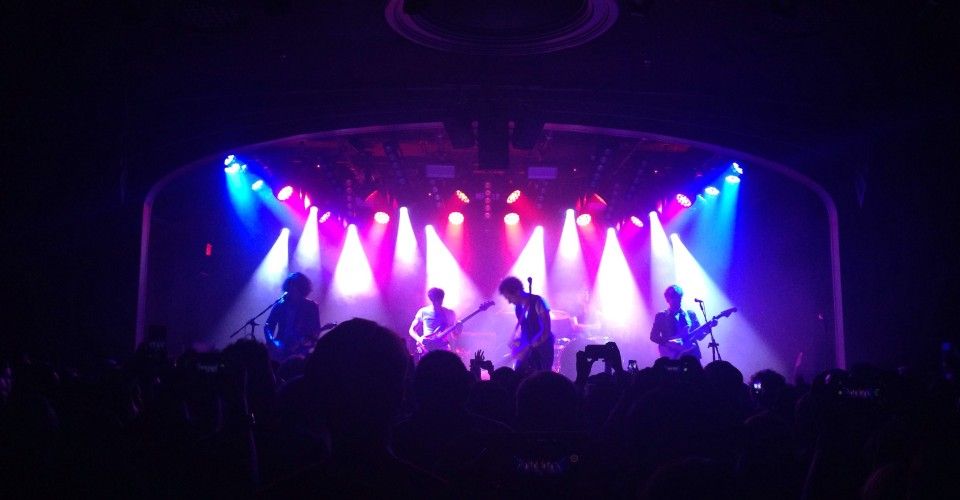 This past Wednesday, I threw on a dress around 7:30 p.m. and headed out alone to the Teragram Ballroom in Downtown Los Angeles to cover a concert of Albert Hammond Jr., otherwise known as “the old guitarist for The Strokes.” I had no idea who this person was, but was excited at the prospect of grabbing my press pass and judging him for the sake of Pepperdine’s understanding of him.

I parked in the garage of the City Target and bought a pack of gum in order to get my parking validated. For sure do this if you ever go to Teragram; all the other parking is upwards of $15. It’s a bit of a walk to the Teragram, but the tall buildings surrounding make it a very pleasant experience. Having somewhere to walk in the city always feels wonderful, reminds one how we’re technically not tourists to this metropolis, but instead a vital park of what makes its commerce and artistic world turn. 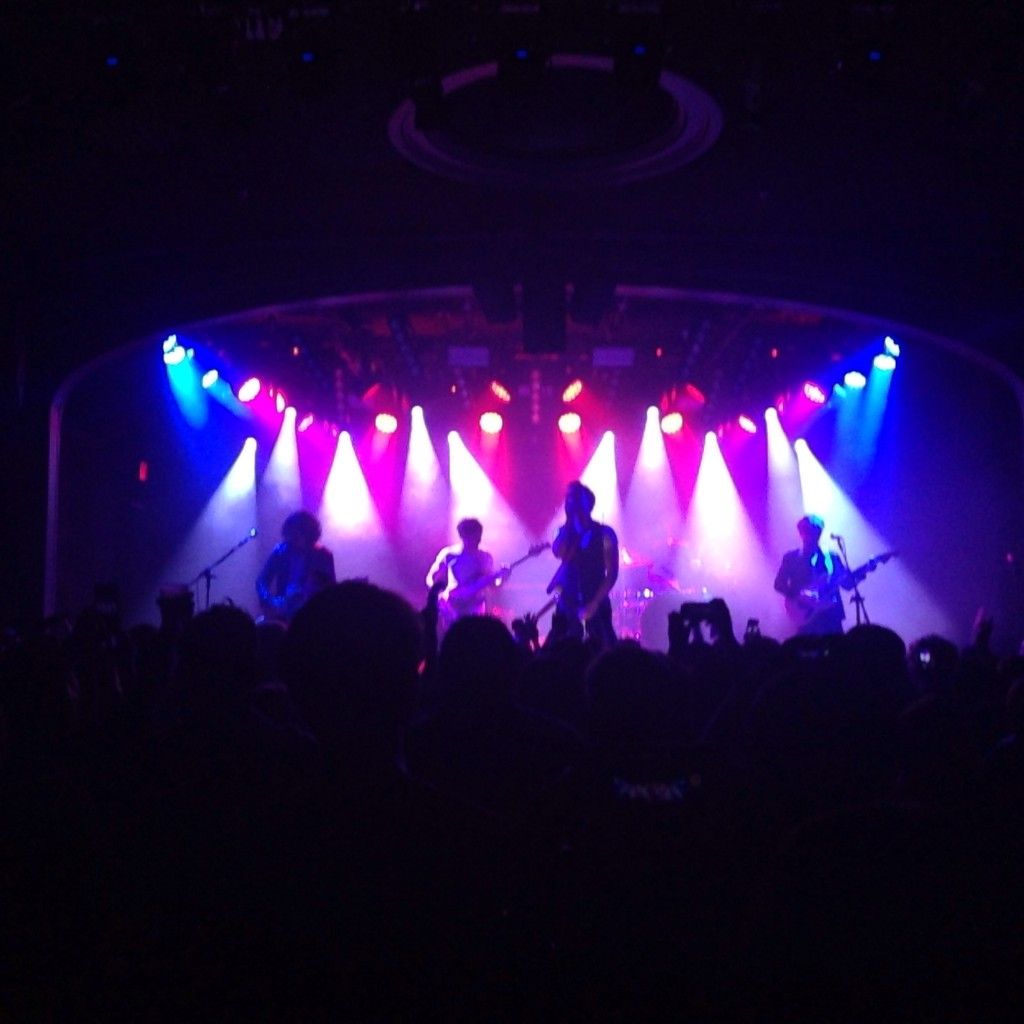 The Teragram was, by my standards, awesome. In fact, the venue itself might have been my highlight. It’s all ages with a nice mid-sized feel to it. Plus, if it’s your thing and you’re over 21, there are literally three bars in the place. Like the whole thing is just half-bar, which means shorter lines, quicker service and more space to chill out. Also, my phone had zero service. So here’s to noting that the venue has little-to-no reception inside, cellular service or data. And good! It forces you to pay attention to the music. All this taken into account, if you speak to me for more than five minutes, I’ll probably tell you I’m from Fresno. Fresno is full of mid-sized, chill venues with an off-the-map vibe, and I had been looking for one in LA. Found it! 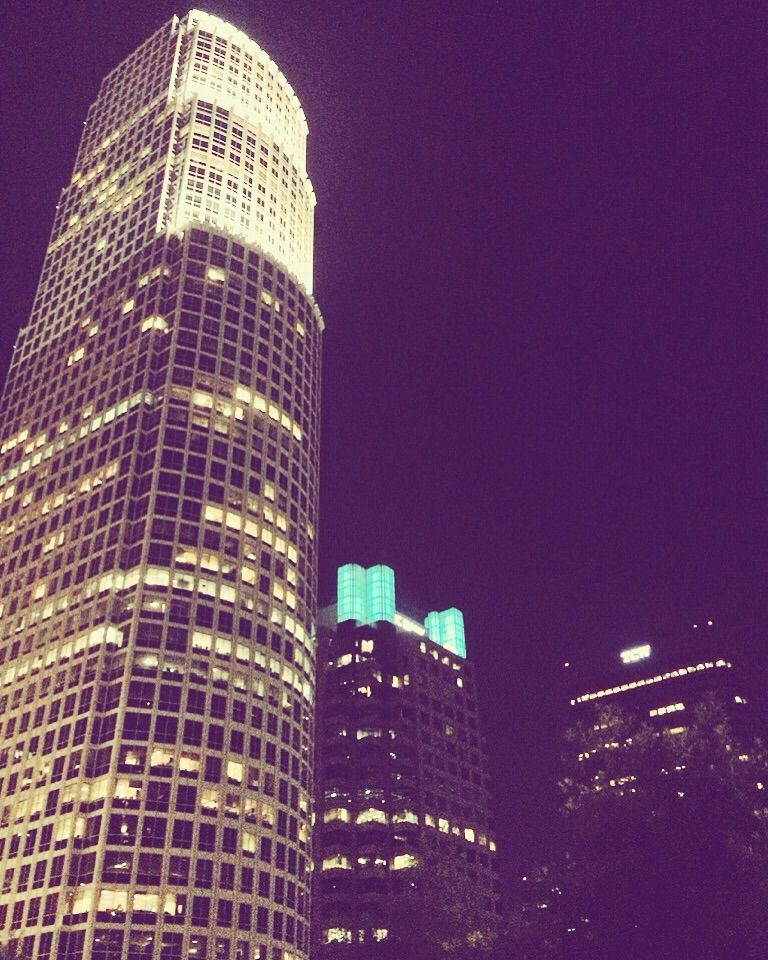 After I settled in a little, the first band started playing. They’re called Day Wave and are based out of Oakland, and I liked them a lot. At least from my perspective, they sounded a bit like New Order with the vocals reminiscent of those of the Temper Trap, but from every song except “Sweet Disposition.” Anyway, check out Day Wave if you like chill indie stuff that feels a little shoegaze, or start by figuring out what the genre “shoegaze” is. It’s pretty interesting if you’re on the tame side of post-punk.

Day Wave finished up, then we waited for a while. After about 20 minutes came the main event. Albert Hammond Jr. got up there and started going at it after a very trippy opening interlude. He was wearing a three-piece suit (apparently wearing a three-piece suit to every show is his thing) and was as enthusiastic as any act I’ve ever seen. He played music I would say was a little more pop-y than that of Day Wave. Anyone could tell, however, that he was a pretty skilled musician. He was just a little too dance-y for my taste. I wouldn’t say it’s music to chill to. But the set wasn’t awful. 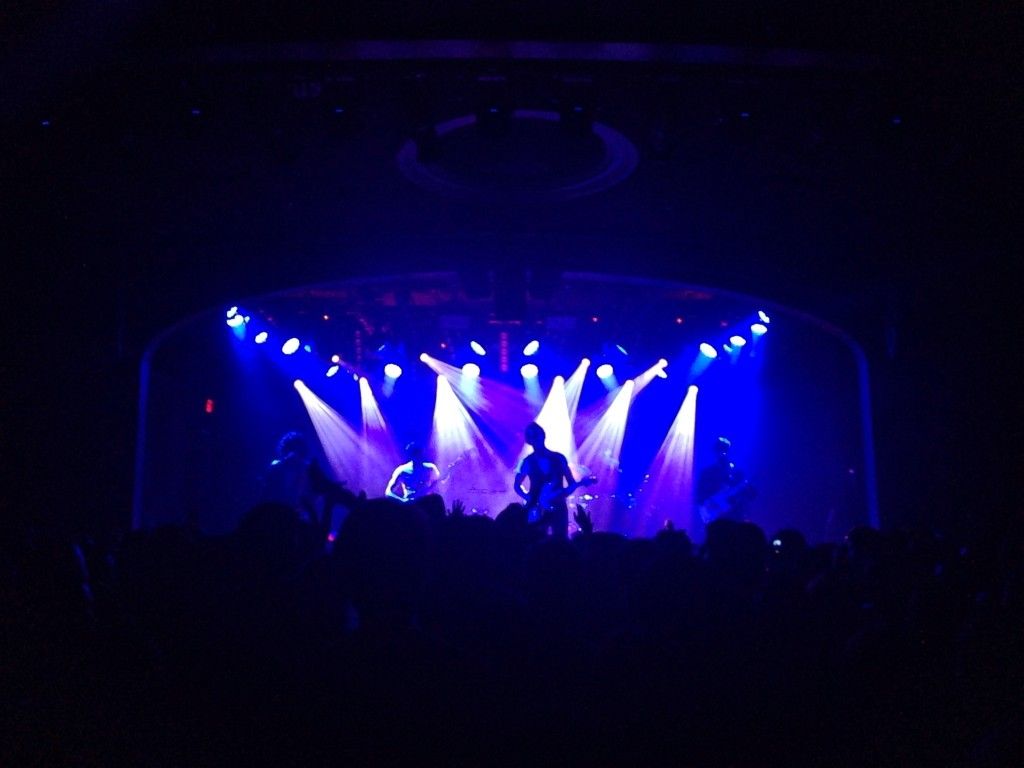 From what experience I have with The Strokes, I’d say Hammond goes in a very different direction. It feels very synth-pop — stuff one can dance to. I guess here and there I felt vague hints of Two Door Cinema Club, but with a little less going on. Hammond Jr. and his band go for something very flashy. At times it felt a little stretched, but this is coming from someone who likes either the subtle, sweet stuff or essentially hard rock.

I thought he was a little over-energetic for what the music was. In any case, check out his stuff as well as the band Day Wave. And for goodness sake, check out the Teragram Ballroom. It’s too cool and too quaint a venue to avoid the whole time we’re “locals” of Los Angeles’ great, towering downtown. 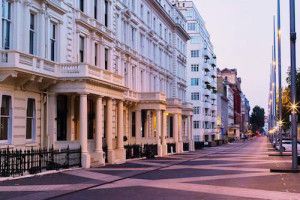 Photo courtesy of Brandt MisikLondon has had way too many positives for me to count, but some of the things that really swayed...
Copyright 2013 Jupiter Premium Magazine Theme
Back to top