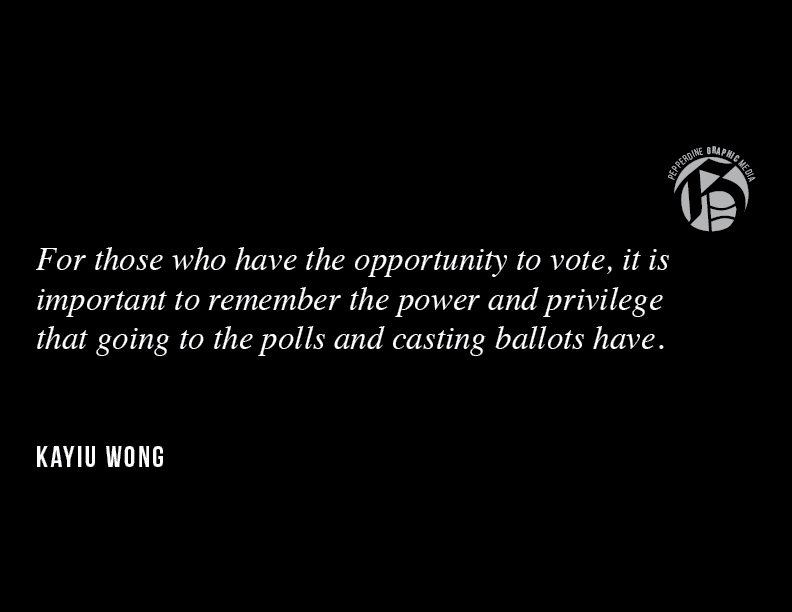 I stood in the Los Angeles Convention Center last summer alongside 4,000 people to take the Oath of Allegiance and swear in as an American citizen.

Immigration officials then handed us forms to register to vote, and the woman sitting next to me started crying as she filled in her information.

I turned to ask her if she was alright, and she replied that she was crying because she was in awe she was actually able to vote in America.

“I’m from Lebanon,” she said. “Women cannot vote there.”

This encounter has been on my mind a lot lately as the Nov. 6 midterm elections quickly approach. For those who have the opportunity to vote, it is important to remember the power and privilege that going to the polls and casting ballots have.

The constant hostility between today’s political parties can often be disheartening and make individuals question whether their political participation can actually cause positive change.

However, nations are built on votes.

Deciding who has seats in city councils, state governments, the House of Representatives and the Senate can change the course of local communities and the nation.

In the last midterm election in 2014, only 19.9 percent of 18- to 29-year-olds voted, according to data from the 2014 U.S. Census’ Current Population Supplement report. Youth turnout and registration for the 2014 midterm election was the lowest the country has seen in 40 years.

Vote to tell lawmakers what values and issues matter as young constituents and rising leaders.

Vote to ensure that America’s democracy is truly for the people and by the people.

After all, if citizens don’t speak up for their interests, who will?