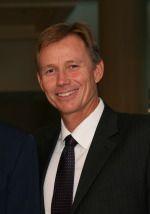 After 31 years coaching women’s volleyball, Head Coach Nina Matthies stepped down in November from her post leading the Waves’ indoor team, leaving some big shoes to fill. In December, Troy Tanner stepped back onto his old court, this time to coach.

Tanner, who is no stranger to Pepperdine, will begin his tenure as a head coach for the Waves this upcoming fall season. He won two men’s volleyball NCAA titles in 1985 and 1986 as a Wave, and transitioned from playing to coaching in 1998. The return to Firestone is nothing short of a homecoming for Troy Tanner.

“I have fun memories and times here as a student and athlete. It was an important four years for me. When I started coaching I always wanted to get back to Malibu,” Tanner said.

Prior to being named head coach of the women’s volleyball team, Tanner experienced a successful professional career that sent him to vibrant countries like Croatia and Italy. He earned an Olympic gold medal with Team USA under Waves’ men’s volleyball Head Coach Marv Dunphy in 1988. His other prestigious accolades include being inducted into Peppedine’s Hall of Fame, and coaching Misty May-Treanor and Kerri Walsh Jennings to their gold medal finish at the Beijing Olympics in 2008.

A jack-of-all-trades, Tanner also managed to raise a family while playing professional volleyball for 12 years. He has three children, one of which competes in volleyball for third place University of Washington. In his free time, Tanner said he enjoys spending time with his family, surfing, paddle-boarding and playing ping-pong. The majority of his time is focused on his goals as a new member of the Waves’ volleyball team.

“My goal is to establish a positive and competitive culture. I want the girls to be accustomed to my strict structure,” Tanner said. “It is an extremely demanding structure without being demeaning. Each girl is highly accountable. I don’t focus on wins and losses, just as long as the girls compete. This will lead to great results.”

Even with the restricted interaction due to NCAA compliance, Tanner sounds optimistic about his team chemistry and working so close to his Olympic and national mentor, Dunphy.

“My time with them has been very positive and I look forward to getting to know each athlete on a personal level and help her on the court. [Also] coaching alongside Marv is totally unreal, I respect him and it is great to know he is right next door,” Tanner said.

Tanner has collected many triumphs from his time as a player on the Pepperdine, national and Olympic teams through his years of coaching victorious collegiate and Olympic athletes. When asked about why he had such an affinity with the court, his response credits his dedication to the sport.

“I love everything about volleyball. How fast it moves, how powerful it is. How competitive it is. It is both graceful and beautiful.”

Statistics and plays are crucial in volleyball. Games can be analyzed down to the first and last pass. Yet after speaking with Coach Tanner, one wonders what takes performance to the next level. Talking with Tanner reveals how much he puts his heart into the game. If “home is where the heart is,”  then Tanner has returned to the perfect place. 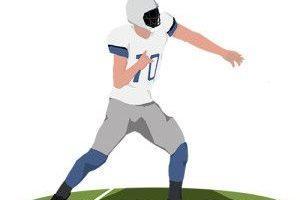