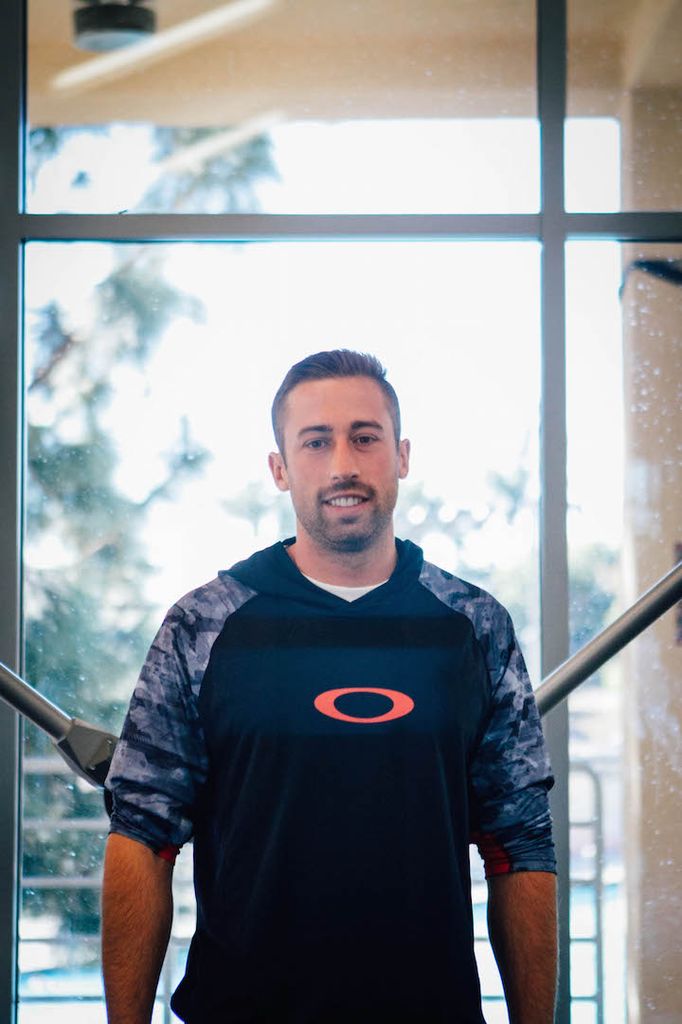 A Division I athlete puts in mental and physical work to break records and win championships. However, no athlete can do it alone, and that’s where Strength and Conditioning Coach Adam Estrin comes in.

Adam Estrin contributes a dedication and sense of humor that make the Waves program a place for athletes to grow and progress both mentally and physically to edge out the competition.

“The most rewarding part of all this is when I do my job and it works out well,” Estrin said. “My obligation is to make people move better, so I guess the best is when you see a huge transition in someone, whether it be mental or physical. I like the mental one better because when someone starts off just going through the motions, you can get them to buy into it.”

The breakthroughs he aims for may not be big or happen all at once. They are the compilation of gradual progression and buy-in. Just like in any sport, it’s about the little things for Estrin.

Estrin wakes up at 3:30 a.m. Monday through Friday, ready to motivate athletes to maximize their potential. He drives for an hour before dawn down the Pacific Coast Highway from his home in Ventura. His first team enters the weight room at 5:30 a.m. Estrin motivates and pushes his athletes until the swim and dive team finishes at 7 p.m., and he returns home by 8 p.m. Despite the long hours, his positive attitude inspires his athletes.

“Coach Adam always shows up ready to help us put in the work,” track captain and record-holder Torin Wile said. “It motivates us, even if it’s a 5:30 a.m. lifting session or after a hard workout.”

A place on Pepperdine’s five-person strength staff is earned. It is not handed to just anyone. Although he is the youngest member, his drive earned him years’ worth of credentials before accepting a position with the Waves.

Estrin graduated with a degree from California State University, Chico in exercise physiology in fall 2013. During this time, his eyes were set on cultivating an understanding of how to improve the athlete. He began to intern with the Waves in Fall 2014 and was signed on full time the following semester.

“When I was a young buck, unlike now since I’m old and mature, I had this pipe dream for being an NBA player trainer,” Estrin said.

The summer before his senior year, Estrin reached out to the strength and conditioning coaches in the LA area to figure out how to land a spot in such a highly selective field. LMU’s basketball team offered him a summer internship before he returned to school in the fall. Once back at Chico, Estrin saw an opportunity to use his skills in a constructive way for his own school.

“I went back to Chico and was all high-and-mighty off my first internship. But I noticed that there was no strength and conditioning program at Chico because it’s a D2 low-funded athletic program. So I went to the women’s basketball team and said ‘Yo, you guys don’t have a strength and conditioning program. Let me take a stab at it, so I actually took over the team as a volunteer position.’” 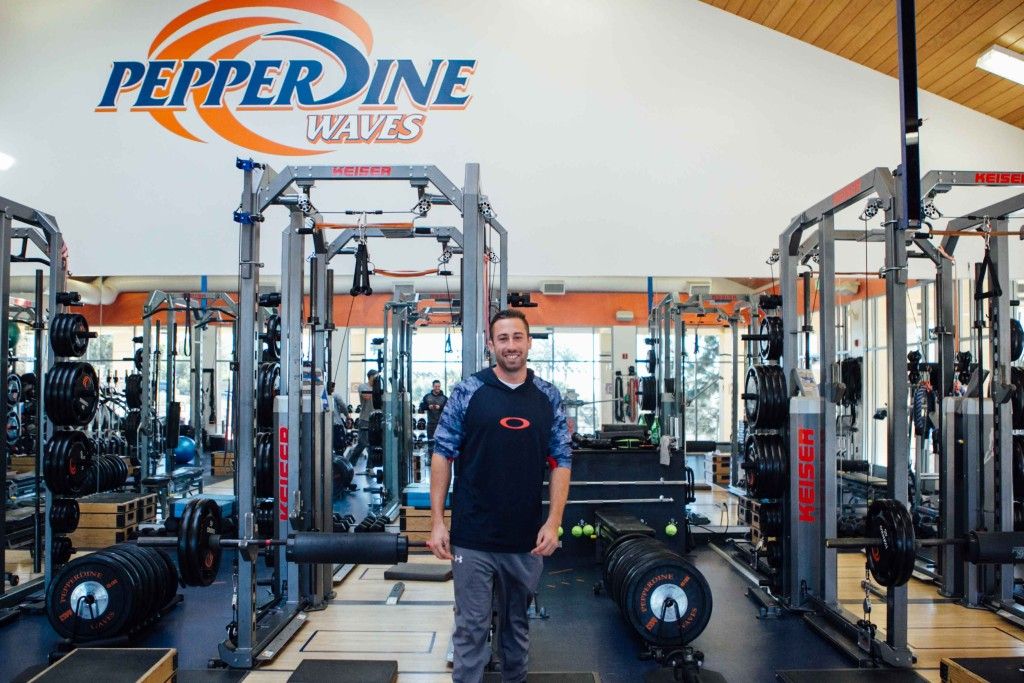 While completing his senior year, Estrin was fully responsible for the women’s basketball program with experience as his reward. That experience earned him a six-month unpaid internship with Stanford after graduating. From there, Estrin came to Pepperdine, where he found a true fit.

“I like it here. I like it a lot: great people, great location — did I mention great people?” Estrin said smiling, “It’s obviously close quarters and long hours. I think it’s very good because we all maintain a level of professionalism and cohesiveness, which I think would be hard to do with a different team.”

Already during Estrin’s time with the Waves, his athletes have broken school records and set personal bests in sports like swim, dive, track, cross-country and women’s tennis. His mission is to “keep people from getting injured” but still have them undergo a significant “performance enhancement.”

And in the realm of athletics, that makes the difference between first and last.

On his own time, Estrin enjoys watching the Chicago Bulls and lifting. Although his job is teaching what he loves best, Estrin gets his “curls for the girls” in as well. When it’s time for him to pump iron, he listens to “Take Care” and “Nothing Was the Same” by Drake. Estrin said “going to the beach is always fun” during his free time.

What makes Estrin able to influence the big picture of athletics at Pepperdine, whether in his life or as a coach, is his dedication to the little things, one day at a time.