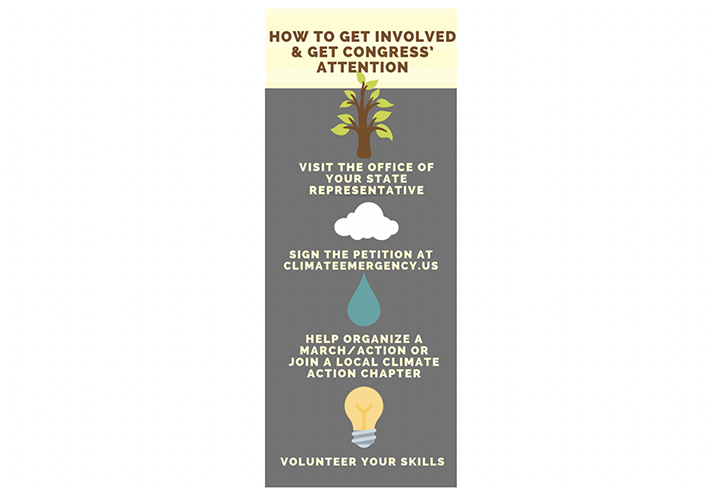 All but one Malibu City councilmember endorsed the declaration of a climate emergency and requested regional collaboration to restore a safe climate at a Malibu City Council meeting Sept. 9.

A declaration of climate emergency is a “resolution passed by a governing body such as a city council, a county board of supervisors, a state legislature, or even a national government,” according to The Climate Mobilization website. Of the 1,000-plus governments that declared a climate emergency, 32 are located in the United States and over half of the 32 are in California, as of Sept. 12. The announcement is timely with the Global Climate Strike — a movement to rally communities around the world — taking place Friday, Sept. 20. near the Pepperdine sign at Pacific Coast Highway near John Tyler Drive.

By the Malibu City Council declaring that the global community is in a climate emergency and committing to addressing it in time, the hope is that this action inspires other governments to do the same, according to Malibu Councilmember Mikke Pierson.

“We want to join 950 other cities around the world and set a direction for the future on our environmental stewardship and responsibility in many ways, including being carbon neutral, but that’s just the start,” Pierson said.

Climate mobilization is a possible solution to climate change — here are its goals. Infographic by Anastassia Kostin. Information courtesy of theclimatemobilization.org

Lance Simmens is a political activist, author and vice president of the Malibu Democratic Club, among other positions. Simmens delivered over 100 presentations worldwide on climate change as part of Al Gore’s Climate Reality Project.

“This is one of the most, if not the most important thing that we can do for our children, and our grandchildren,” Simmens said. “This is all about future generations.”

Kraig Hill, City of Malibu planning commissioner, said to be mindful of calling it an emergency, which “connotes hasty action in a short period,” whereas “the climate problem calls for more permanent societal remodeling that suggests a deliberate process.”

Some of Hill’s sustainable solutions included creating a climate commission charged with doing research and making recommendations to counsel about chronic long-term issues. The members would be from diverse backgrounds (University of California Los Angeles, Natural Resources Defense Council, community members and agencies). The commission’s work plan would be adjustable as real world conditions change.

Another solution was to tackle sectors within Malibu with the greatest greenhouse impact — emissions from transportation vehicles, electricity use by residential housing and food consumption. This could include partnering with the state to incentivize electric cars (such as designating lanes on some parts of PCH where electric vehicles would get priority), incentivizing use of sustainable building materials involving zero fossil fuels and getting people to eat less meat.

This July, the City of Los Angeles became the first government to create and fund the Office of the Climate Emergency Mobilization.

The plan is to form a citizen commission to begin developing and implementing mobilization policy locally, though the timeline for this is unclear.

If a citizen commission is created to deal with long-term issues of climate change, similar to those already existing in Washington State and Oregon, Simmens said the commission should start to identify the kind of qualitative measures that make for a sustainable community.

“They will include things like clean air, clean water, less congestion on the highway, economic indicators, whatever it is that the community feels makes this place a better place to live,” Simmens said. “It is almost like an environmental or sustainable report card.”

Because these indicators are measurable, cities will be able to see whether they are proceeding in a forward direction toward sustainability or standing still.

Hill warned that the declaration of a climate emergency calls for dramatic action from here forward.

“You’ll have to come up with carrots and sticks incentives or regulations dramatic enough to inspire and influence others in the world,” Hill said.

Some areas in which Malibu is already succeeding environmentally include banning single-use plastic straws, stirrers and utensils and pushing California legislators on issues of climate change and pollution.

“You just have to start local,” Pierson said.

Councilmember Rick Mullen, however, said he believes there is no such emergency and that among the “doomsday predictions,” people forget about the good things that have happened, including an increase in gray whale and pelican populations, cleaner water and less smog.

Yet, in addition to drought conditions and sea levels rising, the Woolsey Fire of last fall resulted in permanent damage to Malibu ecosystems.

“Climate change is already identified scientifically as the number one culprit in these big wildfires,” Pierson said.

This call to action is timely because this September is National Preparedness Month and next month on Oct. 24 is International Day of Climate Action. The Malibu City Council discussed not only endorsing the declaration of a climate emergency, but also requesting regional collaboration county-wide, state-wide and on the global stage. The goal is to get other cities that are part of the Las Virgenes-Malibu Council of Governments (COG) to make the declaration as well.

How individuals can get involved in the climate change movement. Infographic by Anastassia Kostin

“One of the things which we need to accept unfortunately, is we are beyond mitigation,” Simmens said. “It’s all about adaptation at this point. We are going to have to learn to adapt to what we have created.”

Citizens can get involved by signing the petition to Congress, spreading the word to friends and family in other cities, organizing a local campaign or getting involved in a local chapter.

Preview of the Gash Inauguration 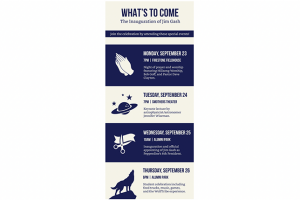 Preview of the Gash Inauguration

Infographic by Natalie RulonPepperdine University planned eight days worth of events for the inauguration of the university’s...
Copyright 2018 Pepperdine Graphic
Back to top