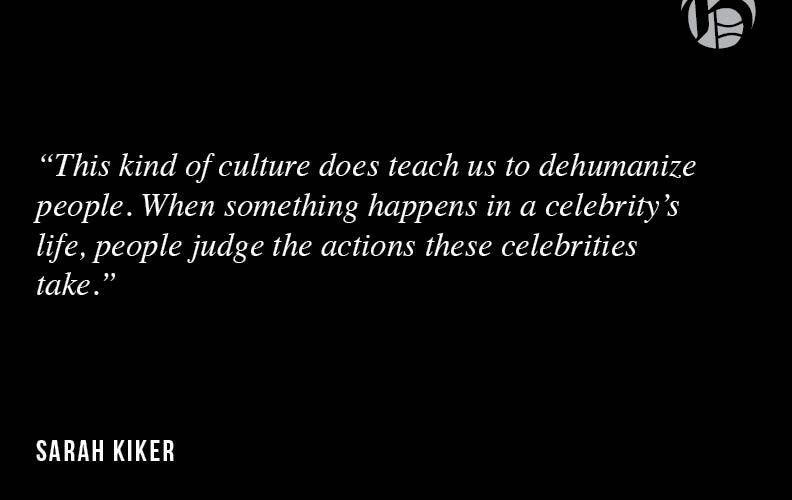 Every year, various entertainment news outlets publish lists about celebrities, like the most hated celebrities or People’s Worlds Most Beautiful Women, which objectify and dehumanize them. Celebrities are more accessible than ever, and it creates a real problem. Their every thought is written on Twitter, and their every fault is broadcast on the news. When celebrities do mess up, it is easy to forget that they are human, just like the rest of us.

“Though we may envy the privilege and fame of celebrities, we seldom admire or respect them. On the contrary, we enjoy their foibles and antics,” wrote Ken Eisold in his article “Celebrity Culture,” published in Psychology Today on Oct. 3, 2014.

Sometimes the obsession with celebrities pushes too far into their lives. Julia Roberts said that she was upset with the attention she and her family were getting from the paparazzi, according to an interview with Elisa Lipsky-Karasz, a writer for the Wall Street Journal in the article “Julia Roberts on Her Family and Fame,” published in 2014. “I think there is a dehumanization that goes with fame, especially in the present culture of it,” Roberts said.

This kind of culture does teach us to dehumanize people. When something happens in a celebrity’s life, people judge the actions these celebrities take. Consider the recent press that surrounded the relationship between Talyor Swift and Tom Hiddleston.

Many people seemed to have an opinion about whether it was real, if they were a good match, or if Taylor was moving on too quickly after breaking up with her last boyfriend. When one takes a step back, this judgmental behavior seems absurd. Allowing ourselves to judge from the outside lets us forget that these are real people.

It’s possible to let this attitude play out in our relationships as well. When one is used to being outside of a problem, it can be easy to make snap judgments without really knowing the entire situation. It’s important to remember that everyone, celebrity or not, is leading a complex life and no one has the right to judge it from afar. 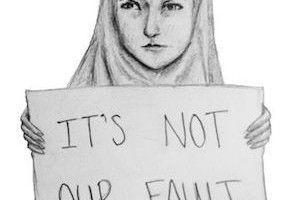 Art by Jessica RagsdaleIn my memory of action and thriller films, Muslims have been the enemy. While my parents, growing...
Copyright 2018 Pepperdine Graphic
Back to top