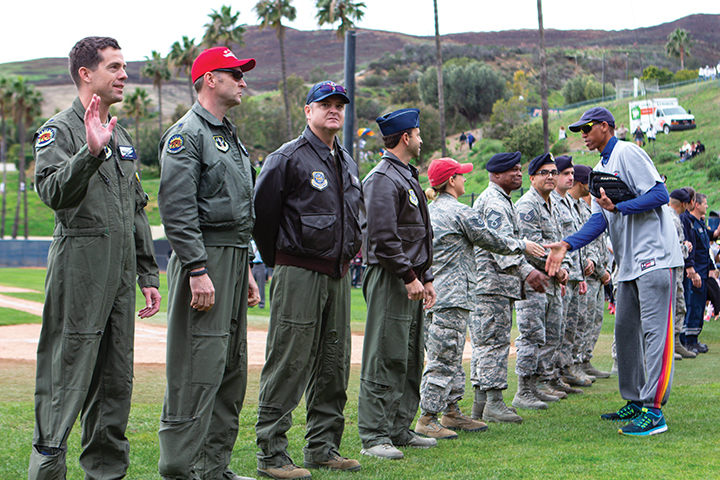 The California Strong movement exceeded their goals, raising $1.4 million and are continuing to take donations for years to come.

“We just wanted to help and we wanted to give back,” Milwaukee Brewers left fielder Ryan Braun said. “I think the coolest part about being [in] the position I’m in as a professional athlete is using my platform to possibly impact other people’s lives and by getting a lot of other celebrity friends to join the cause and to get the opportunity to get so much bigger and hopefully impact so many more lives.”

Locals, fans, and students piled into Eddy D. Field Baseball Stadium to watch some of the biggest names in sports and entertainment. 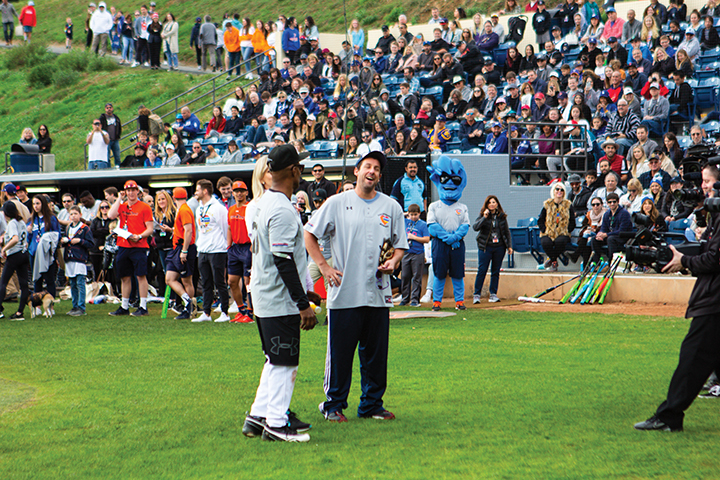 Some celebrities who participated in the game were Jamie Foxx, Adam Sandler, Baker Mayfield, Reggie Miller and many more. A large majority of the celebrities are residents of the Malibu area and were excited to bring the community together after such tragedies.

“I think everyone either was first-hand affected by the fire or knows someone who lost everything,” NBA Hall of famer Reggie Miller said. “I’m five minutes from Pepperdine and we were in the middle of it.”

The game consisted of Team California versus Team Strong with the celebrities divided between the two. California started it off in the fourth-inning with a run from YouTube personality and actor Jimmy Tatro who later received the MVP award during the trophy ceremony.

However, California Strong came back with another point when actress Jaina Lee Ortiz scored, securing victory for Team Strong.

In-between innings the California Strong team presented $10,000 checks to families that were affected by the devastating events including a check to the Borderline Bar and Grill owner, Brian Hynes.

“Malibu is such a small community; everyone knows just about everyone so it’s great seeing everyone band together and help one another out,” Miller said. “I’ve never seen anything like this and to be apart of something like this is incredible.” 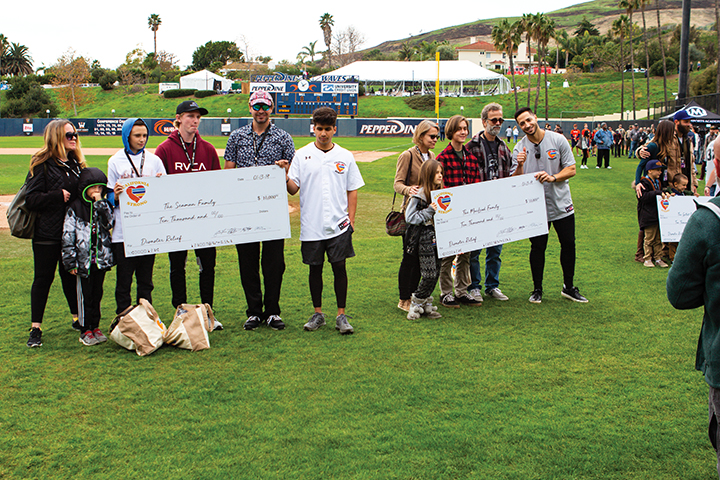 The celebrities said they were impressed with the full stadium that they are looking to continue this as a new tradition.

“I came up and I couldn’t believe it,” Dain Blanton, former Volleyball Olympian and Pepperdine alumnus (1994) said. “I’ve been to a lot of events at Pepperdine and never had to wait 20 minutes to just drive up the hill. The turnout is just phenomenal and it’s just all about coming together and supporting.”

California is still on the road to recovery but with the support from the #CaliforniaStrong foundation, the funds raised will assist many people who were affected.

“Everybody has been incredibly supportive and that is something that means the world to us,” Braun said. “Being able to get all these athletes and celebrities in one place at one time is not easy but everybody wanted to contribute because it is for such a great cause.”