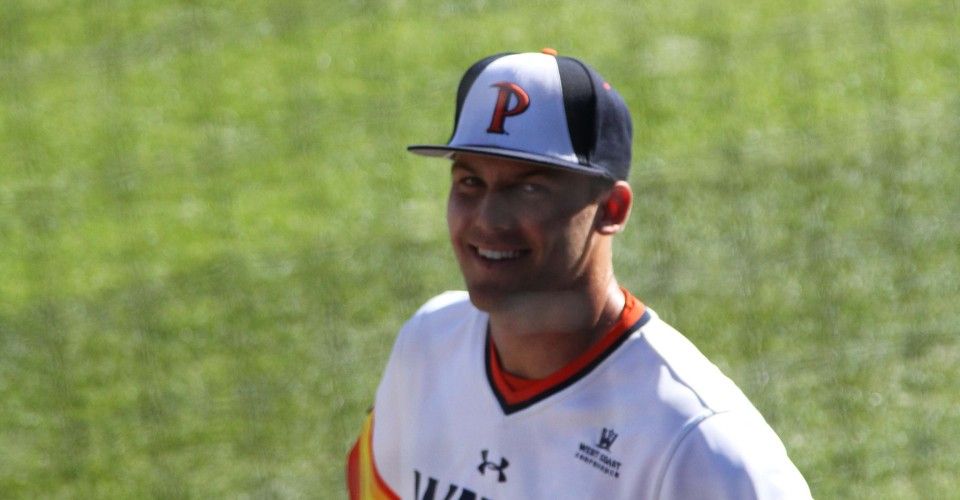 Typically, when one imagines a star athlete, images of hyper-aggressive, weirdly confident players come to mind. I mean, why not have an ego when you know you’re freakishly talented? Still, we all love to see a humble, down-to-earth star, like Steph Curry. Now, one can go too far with modestness, but there’s a solid balance. Junior catcher Aaron Barnett has absolutely found that balance.

Talking with Barnett, you would never guess he was one of the Waves’ most consistent and talented players. His demeanor is quiet, but friendly. This all makes sense when you hear who his favorite player was growing up, as he emulates his persona quite well.

“I really looked up to Derek Jeter, just because of the way he carried himself, not only as a ballplayer, but as a person,” Barnett said. “He stayed out of trouble, really took care of business, performed well in the clutch and knew how to be a great face for the major leagues.”

You could tack most of those qualities onto Barnett as well. Watch any Waves game, and Barnett carries himself like a consummate professional. There’s a saying that old, creaky sportswriters love to use but I personally hate: “Act like you’ve been there before.” Usually, it’s used to degrade a player that’s just having fun, i.e. Cam Newton or Jose Bautista, but Barnett makes being calm and collected look good.

Of course, Barnett has been there before: During his freshman season in 2014, he started every game but one and led the team in batting average with a freakish .359. 2015 was essentially a repeat: He finished with an average above .300, started nearly every game and was the fifth-hardest player to strike out in the nation, only striking out 12 times on the season. He’s been named an All-WCC honorable mention both years, and was even featured on the All-WCC Freshman team in 2014. Barnett said he was very fortunate to able to make an impact so quickly for the Waves, but just like any young players, he had some jitters.

“Beginning of [freshman] season, I was pretty nervous. I mean, I’d never played in college, and most of my teammates had and were successful, so I knew that I had to earn my stripes,” Barnett said.

What makes these hitting statistics even more impressive is that Barnett is a catcher, a position that typically doesn’t have lots of stellar sluggers. Only two catchers have led their respective league in offensive WAR in the past thirty years, and one of them is a Hall of Famer (Mike Piazza), and the other is likely to join him eventually (Joe Mauer), according to Baseball Reference.com. Still, Barnett is one of those catchers-who-hit exceptions, and it looks like he’ll continue to be, as he loves playing behind the plate, even with the exhaustion that can come from that position.

“I just love being involved in every play; it’s the only position besides pitcher where that’s possible. And you can play every day and hit too, so it’s fun to be really involved and even a game manager, in a way,” Barnett said. “It can be hard to summon that physical and mental energy day after day, especially once it’s later in the season, and you’re in the third game of a series. You’ve just got to keep your energy up, it’s just a mental thing.”

Although shockingly, it doesn’t hurt for him to squat the entire game. No joke, he doesn’t mind it.

“The squatting isn’t too bad; I’ve been doing it for so long that I’m just sort of conditioned to it,” Barnett said, laughing.

It certainly makes sense that he’d be used to it. Barnett has been playing catcher since he was a kid playing on club teams, and later excelled in high school ball at Capistrano Valley High School in Mission Viejo, California, hitting .337 for his high school career and receiving many different accolades and awards during his time there.

Let’s fast-forward back to this year. For the first few series of this season, Barnett was hitting a bit of a slump, recording multiple games where he couldn’t get a single hit. Luckily, he has clawed his way back into his normal groove, bumping his average back up to .261. Barnett said he has a particular approach to getting through those tough periods.

“It’s funny, some days the ball looks like a golf ball, and other days like a beach ball,” Barnett said. “The key is to control the controllables. You can run hard all the time, pump up your guys, set a good example.”

And just when you thought this guy couldn’t get more likable, he knows exactly what the best baseball movie of all time is (apologies to my dad, who, like every white middle-aged guy, weeps endlessly at “Field of Dreams”).

“That’s a tough one, there’s a lot of really good ones – but I’m gonna go with ‘The Sandlot,'” Barnett said.

There you have it: great player, great guy, and he even has great taste in movies. Major league clubs in need of a catcher, I think we might have your solution down in Malibu. 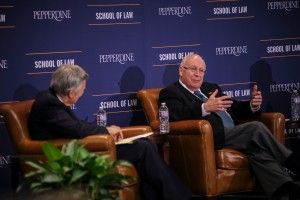