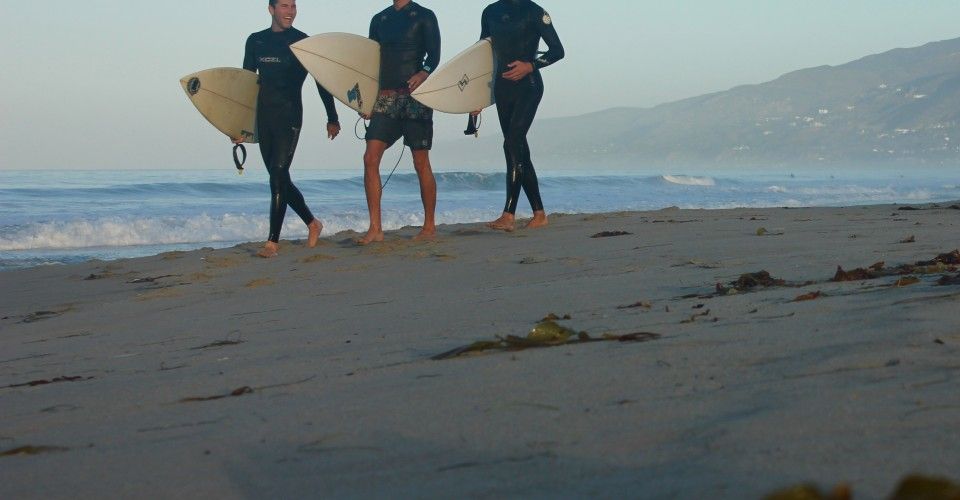 When coming to Pepperdine, many students, new to the whole I-live-next-to-the-beach-and-surf-all-the-time lifestyle, desire to take up surfing, yet are often unsure of where to begin. Little do many individuals know, surfing is actually a rather challenging activity that has some deep and humbling elements within its frothy nature.

One student, who had never been surfing prior to their time at Pepperdine, is recent Pepperdine alumna Elizabeth Lutz. Lutz began surfing midway through her freshman year, though she did not begin surfing regularly until her junior year at Pepperdine.

Lutz, due to her love for the sport, made learning the art of surfing a priority, and has since become a talented surfer. During her time at Pepperdine, Lutz was not only a leader at Surf Chapel. She also helped found Surf Team, and was the president of the Surf Club at Pepperdine.

“If you want to get into surfing, prepare yourself out there. Prepare to be humbled, and prepare to experience the most divine sport on earth” said Lutz, who knows from firsthand experience.

Before attempting to surf, students should first and foremost get ready for and be comfortable with failure. Mastering surfing takes many months, if not years, of consistent surfing and many, many wipeouts. But, by following these simple steps, you’ll be sure to learn the basics of surfing. 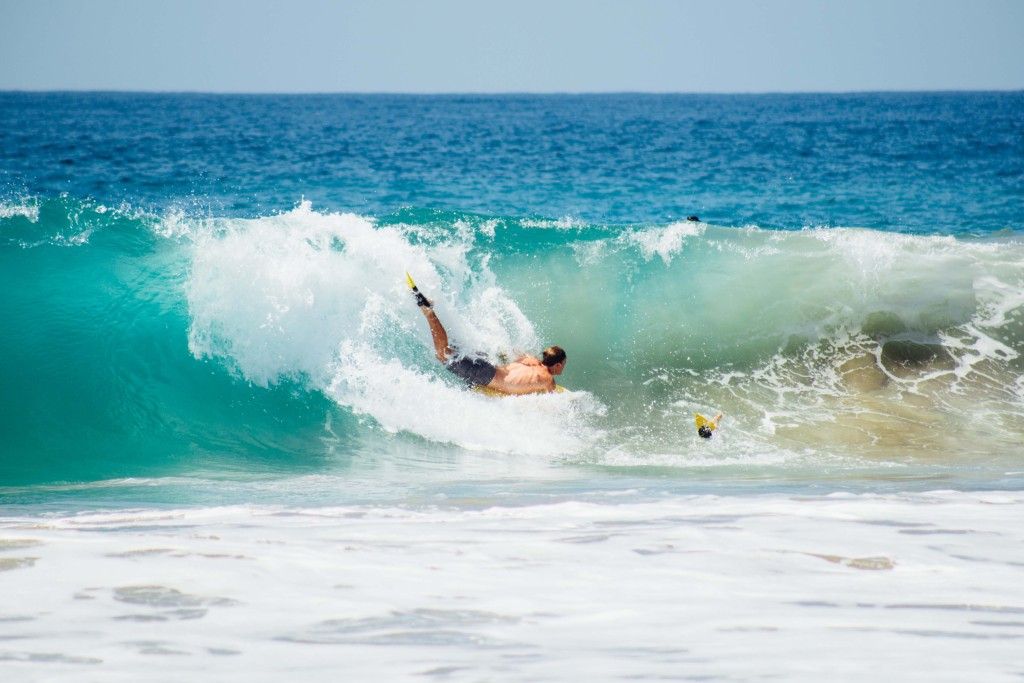 1. Work on your paddle game

One of the most essential aspects of surfing is being able to paddle out against the sometimes brutal currents, and paddle quickly when attempting to catch a wave. Work on gaining arm strength and practice the art of paddling and swimming prior to heading out on a surfboard.

2. Become friends with people who surf 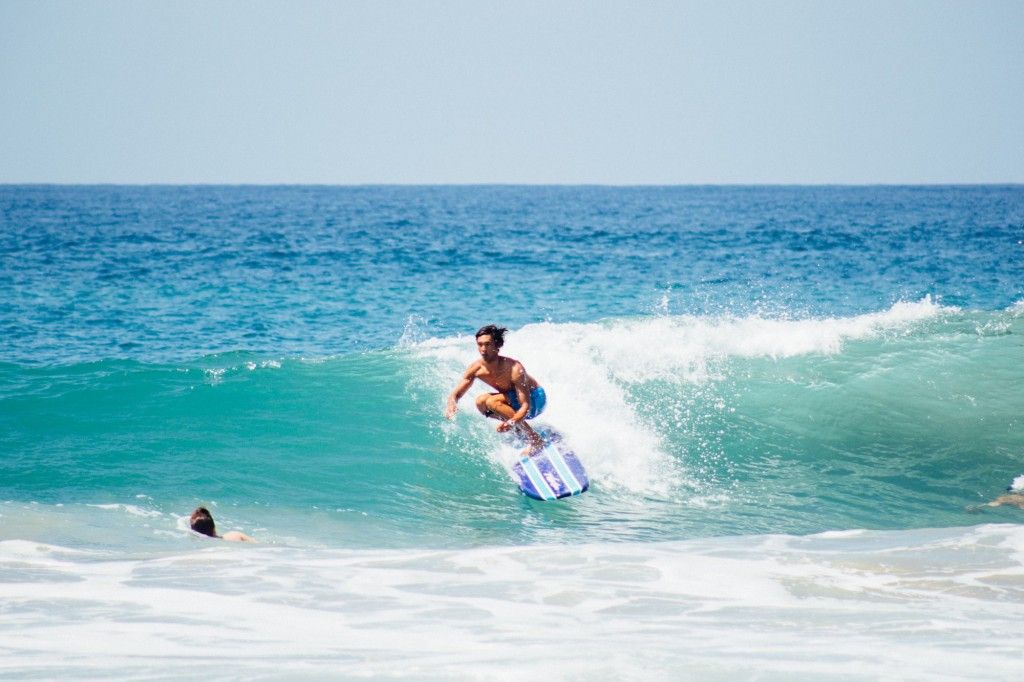 After gaining strength as a swimmer, find some friends who surf and will generously let you borrow their foam board and wetsuit. A beginner surfer should use a foam board since they are large and stable, which makes catching waves easier.

You can attend Surf Convo and you’ll meet some of the bright-eyed surfers there who would most likely be happy to take a newbie surfing.

One can also borrow equipment from Pepperdine’s Campus Recreation Equipment Shack, which rents wetsuits for $7 and foam boards for $8 per day.

A new surfer should always go surfing with others who are relatively familiar with the sport to receive advice and encouragement.

A new surfer should choose surfing spots carefully and begin on small waves. The best novice surf conditions would be 1-to-2-foot waves early in the morning before the wind picks up. Nearby Pepperdine, the best surf spots to start out on are Sunset, Latigo Beach or Leo Carillo State Beach’s Heavens. Heavens, with its slow, gentle and relatively small, nicely shaped waves, may truly be surf heaven for a newbie.

4. Be cautious, but also willing to take risks

With surfing, as with life, we can either live comfortably or live on the edge. Without taking risks in life or paddling out into the cold Pacific waters, you won’t ever understand what the rush of hard-earned success or catching a wave feels like.

That being said, though a new surfer may want to attempt to take on 5-to-7-foot waves with their more advanced surfing friends, one should know their limits.

Be quick to laugh at a failure to catch a wave, and don’t take the sport too seriously. Surfing is meant to be fun, not stressful. The moment it becomes the latter of the two, paddle into shore to enjoy the waves from the beach and try again another day.

Oftentimes, newcomers are off put by surf terminology, so one should learn to familiarize themselves with some of the basic terms.

Barrel: refers to a hollow or tube-like shaped break of a wave

Blown out: mushy waves due to offsetting onshore winds

Dawn patrol: heading out for a surf sesh early in the morning

Duck dive: diving below the oncoming wave with one’s surfboard when paddling out

Drop in: when a surfer steals (whether accidental or not) another surfer’s wave that the first surfer had already caught

Face: part of the wave that has not broken yet

Whitewash: waves that have already broken that are white and foamy (nice to practice standing up for beginner surfers)

Whether you aspire to become an advanced surfer or simply want to learn more about catching a wave, surfing can teach anyone a lesson. Surfing, like life, consists of learning to paddle into unknown waters, taking risks, making mistakes and most importantly — whether one catches their first barrel or continuously wipes out — surfing reminds us to walk, or in this case, paddle out, humbly. 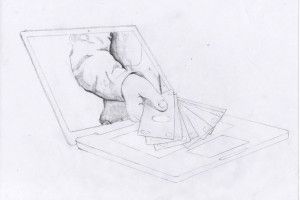 Art by Kris Harper Microfinance, or microcredit, is a type of financial service and poverty alleviation tool that focuses...
Copyright 2013 Jupiter Premium Magazine Theme
Back to top