Want to tell your friends about that gorgeous reality TV star you saw at Starbucks this morning but don’t want to come across as a total tourist by trying to sneak a picture? Were you too afraid to take a selfie with him or her because you had just rolled out of bed and were in too much of a rush to put on makeup before leaving for your hot yoga class? Who needs Instagram? You can tweet about it!

Did you become a little too invested in the presidential debate and feel the need to express to the world your strong distaste for the guy in the suit? Rant about it on Twitter — but in 140 characters or less. What better way to practice your resume-writing skills than learning how to be concise?

Want to catch up with your friends, favorite celebrities and current events all in one place without being sucked into the black hole comprised of faux-candid photos and clickbait articles that Facebook has become? Head to your Twitter feed instead!

Aside from the obvious advantages of using Twitter, Pepperdine students adore the little blue bird app because of the plethora of accounts linked to our beloved college (unofficially, of course). From the funny and mocking to the trenchant and enlightening, here are the best Pepperdine accounts worthy of your follow:

In December 2012, an anonymous student decided that one of the most present species on campus was being seriously underrepresented in the social-media world. “Ya Pepperdine Deer” was created, and, for those of us who saw the account flourish from its beginning, the rest is history. Never failing to make us laugh with sardonic humor and keen observations about the humans that “roam about” campus, the student behind the account has a promising future in the entertainment world. The best part? Watching @YAPEPPDEER interact with President Andrew K. Benton’s official account is almost as entertaining as the short-lived Nicki Minaj-Taylor Swift feud (almost). You’ll even get a follow back.

Latest and greatest: “Excuse me whoever painted my face on the rock that’s copyright infringement you owe me $17 million bucks#bucks #getit”

Ever feel like someone’s always watching you during those late-night walks up Lower Dorm Road? Well, there is. Curing your “fear of missing out” by bringing you the best of all the conversations you may have missed is “Pepperdine Overheard,” the beloved fly on the wall that none of us wants to swat. Though the bio is quick to note that appearance in the feed “by no means implies brilliance,” we’re hard-pressed to find a tweet that isn’t a gem.

Latest and greatest: “’My brain has two sides: left and right swipe’ #twitterstalking.”

We all have them — even the freshmen have already picked up on our love of talking about them. And every now and then, we all need a little reminder as to why life in the ‘Bu can be such a struggle sometimes. To wallow in your first-world problems and realize that maybe life isn’t so bad after all, try “Pepperdine Problems.” Whether it’s wishing you could trade the prosaic “75 and sunny” for the seasons of your hometown or getting frustrated whenever the Jamba Juice line takes more than two minutes, you’re sure to find yourself a pity party if you need it.

Latest and greatest: “#PepperdineProblems not owning an umbrella for the one day a year that it rains in Malibu.”

Although only lasting for a few months in 2014, Pepperdine Betches is an oldie but goodie and deserves a spot on the list. Featuring a headshot of the queen of PCA herself, this ghosted account strove admirably to capture the innermost thoughts of Pepperdine’s female population (and we’d love it if it still did!) Dear Pepperdine Betches, we want you back. Love, your devoted followers.

Greatest: “If you missed the Car Show on Sunday, it’s okay. Pepperdine kids bring a car show to campus everyday.”

If your twitter feed leaves you wanting for humor and a bit of school spirit, you know what to do. After all, if you’re not following these accounts, do you really even go here? #PepperdineProblems 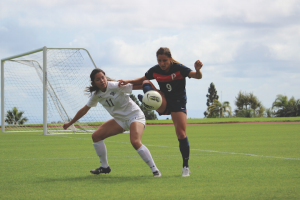