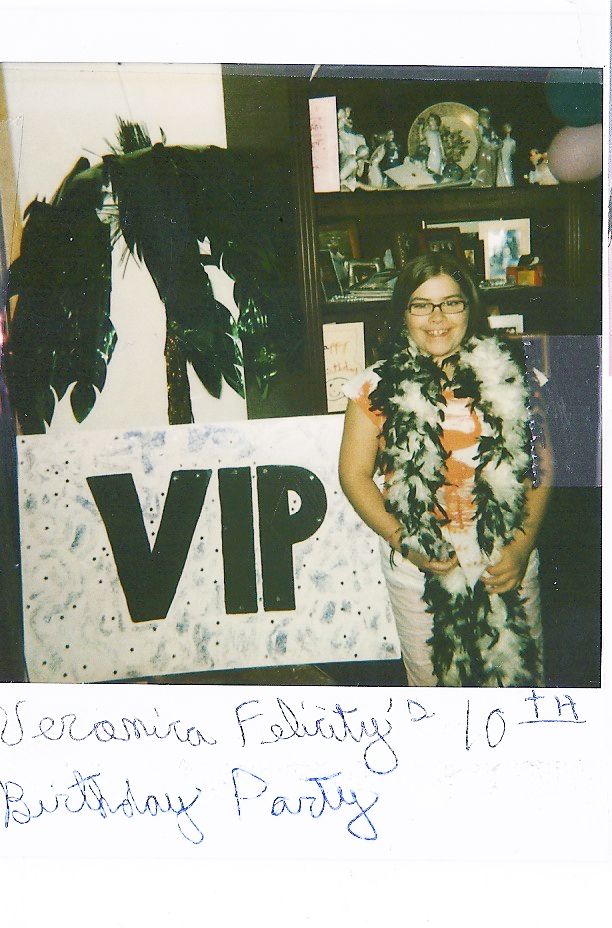 I begged to stay up past midnight on a school night to watch the Oscars. I even cried. After all, it was Oscar Sunday, and I was 9 years old. My parents allowed it.

The speeches dragged. The gowns twirled. My pajama nightgown didn’t quite have the same glamorous effect. I awaited the champagne. Starlets’ teeth were whiter than those of toothpaste models. I forgot to brush my teeth that night. Stilettos rose to the heavens. I wasn’t allowed to wear high heels. There was a certain twinkle in the actresses’ eyes that had nothing to do with the special television lighting. They were ecstatic, glistening, levitating above the rest of the dreamers. The end music of the show began to play. The lyrics of “Hooray for Hollywood” boomed into my soul. I wanted to be there.

For my 10th birthday party, we transformed our Manhattan apartment into an Oscar party. Sparkling cider in plastic champagne flutes, a red rain runner doubling as a carpet to lead guests into our house, an inflatable palm tree from Oriental Trading. All the guests posed next to a hand-painted “Hollywood” sign on a Styrofoam poster board, and we carefully glued their Polaroid image to a star lanyard that would act as their all-access pass for the evening. I knew where I wanted to be. “Welcome to Hollywood.”

That California Dream in me has grown since I was a child when, every weekend, my family and I would go to the movies or watch the classics at home. I dreamed of writing for the big screen, and I knew there was no other place I could do that besides California.

Horace Greeley, a famous newspaper editor in New York and a proponent of Manifest Destiny, said we should all go West. American culture, music and literature say so in a new way every year. The Beach Boys sang about California Girls, and half a century later, Katy Perry did the same. The first time I stepped onto Hollywood Boulevard, my feet were running faster than my already racing brain. I passed every variation of “I heart Hollywood” T-shirts, fake Oscars, keychains and other trinkets.

Hollywood is so deeply ingrained in the American psyche that there is a “Great Movie Ride” at Disney World, which recreates movie scenes. People stand two hours in line to see animatronic wax figures of movie stars like Clint Eastwood and Gene Kelly, or life-size recreations of the “Wizard of Oz” and “Casablanca.”

At “Universal Studios” and “Hollywood Studios” at Disney World, backlot tours and studio streets have been recreated in meticulous detail. I used to dream of hopping off the ride and sneaking onto the set, hoping that I would go unnoticed. Then I pinched myself: “I’m in Hollywood!”

The Hollywood Bowl is an outdoor amphitheater that has housed some of the biggest names in the music industry. There I saw Lady Gaga sing happy birthday to Bill Clinton before Juanes, U2 and Ray Charles all performed. In the chilly evening air, as concertgoers dined on cheese and wine, I looked out above the stage and saw the iconic white “Hollywood” letters peak over the hills. I wondered about the performers’ journeys to that stage. To me, that is what the California Dream is all about. Wishing and wanting something so badly that you will stop at nothing to make it a reality.

When I go to events in Hollywood, I kind of feel like Luke in Mos Eisley Cantina — there’s always something new to be seen. This October, I went to the Playboy Mansion for a Halloween party, and I was the only one in the cupcake line. Some women were dressed in lingerie and others just in colored tape covering their private parts. I stood eating the tasty treat wearing more clothes than everyone at the party combined. Nick Jonas was dressed as the “hamburglar,” and he aggressively threw hamburgers at screaming drunk girls, or, should I say, 30- and 40-year-old members of the audience. Later, I went to the American Music Awards, where I watched the Weeknd walk between the orange-red flames on stage and later fell under Justin Bieber’s hypnotizing dancing spell.

That 10-year-old who celebrated her birthday with a fake palm tree is now 20 and lives in Malibu. I see beautiful palm trees every day. I know I want to see palm trees for however long this place will let me.

Some have said Hollywood is an asylum run by the inmates. Others say Los Angeles is the city of angels. It might be a city of lost souls guided by angels, but at least they are searching for something. That’s what the California Dream is all about, isn’t it?