Bridging the Gap Between Climate Migration and Christianity 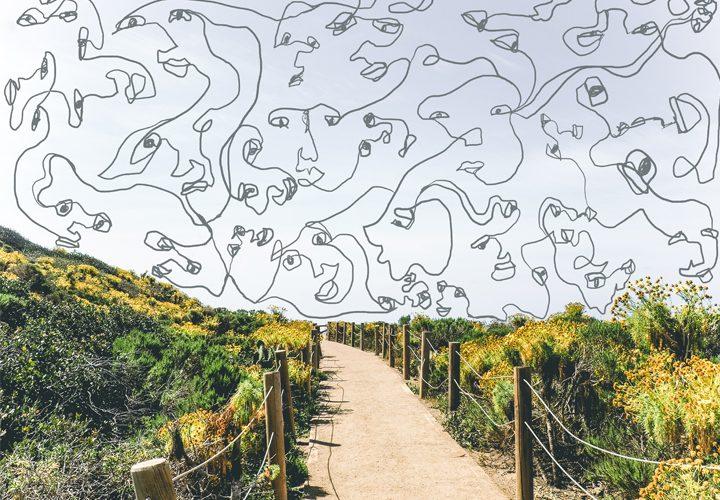 Growing up on the Tennessee River, senior Scottie Sandlin would watch birds migrate each year. She saw their journey as something beautiful because God created them to find all the resources they need by moving from one location to another.

It wasn’t until Sandlin, Green Team president and Sustainability minor, took a class on climate migration in January 2020 that she began to wrestle with the idea that migration could be a natural pattern for humans too.

“When I thought about human migration, I thought about the negative implications,” she said. “[The class] allowed me to think about the truth of what is going on and how migration is occurring around us, not through a political or societal lens, but how God created us to be.”

Forced displacement due to climate change, also known as climate migration, is just beginning to touch coastal areas of the United States. Climate experts, however, are seeing that climate change is already exacerbating displacement in areas with pre-existing conflict, war or other factors that lead people to flee.

As climate change continues to worsen and the number of people forced to migrate increases, Sandlin said both the wider Christian community and the Pepperdine community will have to evaluate their personal responsibility to serve those in need.

People and places contributing the least to carbon emissions and fossil fuel production often feel the effects of climate change most intensely.

“A high standard of living [in the United States and Europe] is very carbon intensive, which has caused ripple effects and consequences that affect the most vulnerable,” said Chris Doran, Religion professor and director of the Sustainability program.

As a result of this ripple effect, people are moving. It is largely debated whether climate change is the direct cause of human displacement or rather a factor that further destabilizes areas already experiencing tension. Regardless, Doran said he believes this migration pattern is unique.

“That’s what I’m trying to get across to people when talking about climate migration,” Doran said. “Why are there hundreds of millions of people on the move in a way that we’ve never seen before in human history?”

A tiny island off of the western coast of Alaska is one of many areas in the U.S. feeling the effects of a changing climate.

Kivalina sits in the Northwest Arctic Borough of Alaska and is home to less than 400 people, according to an Atlantic profile. An eroding coastline and rising sea levels threaten the indigenous community that relies heavily on hunting and fishing.

Other U.S. areas are beginning to experience frequent and dramatic weather events. Wildfires in California are occurring more often and growing more severe. Roughly 25% of the state’s population resides in areas that are classified as having extreme fire threat, according to a 2019 report from Gov. Gavin Newsom’s Strike Force.

Rising sea levels threaten coastal towns in areas like Louisiana and the Outer Banks off the coast of North Carolina, according to reporting from National Geographic and The New York Times. The California coast is rapidly losing beach fronts and dealing with infrastructure damage due to rising sea levels. This makes climate change feel more tangible and closer to home than ever before.

Other areas of the world have been feeling the effects of a changing climate for some time. Erratic weather patterns attributed to climate change in the Dry Corridor, a region in Central America consisting of El Salvador, Guatemala, Honduras and Nicaragua, meant that in 2018, 2.2 million subsistence farmers lost some or all of their crops, according to the United Nations Food and Agriculture Organization. Up to 82% sold their farming tools to buy food. After this season, 8% reported that they would try to migrate to find better conditions. The UN predicts that this number will only increase unless adequate measures are taken to combat climate change and revitalize the Dry Corridor.

Avery Davis, Pepperdine Sustainability alum and current Duke University Theological Studies and Environmental Management master’s candidate, agreed with Doran. He said there is going to be a dramatic increase in migration that will force people to consider the driving forces behind displacement.

This is “particularly true around internally displaced people, so not refugees coming from Central America or from Syria or from Somalia, but people who are coming inland from the coastal plain of North Carolina because they’re tired of their house flooding four times a year or people moving into LA from the Sierra Nevadas because their house burned down in a wildfire,” Davis said.

The intersection of Christian faith and the climate

Doran has been teaching at Pepperdine since 2007 and was an undergraduate and a master’s student at Pepperdine before receiving his PhD from the Graduate Theological Union in Berkeley. He has spent his entire teaching career focused on climate-related topics.

Because the story of God’s people is one of people who move, Doran said he believes that Christians should do their part to welcome migrants. Doran’s Christian identity is tied directly to his care for the environment and for climate migrants.

“God’s people [the Israelites] are a wandering group,” Doran said. “God’s people always tended to be sent somewhere or called into exile, and they have sometimes good results and sometimes they have generations of bad results.”

Doran believes that if people identified primarily with their Christian identity, rather than party affiliation or national identity, they would see past the negative image of immigration when it is politicized for economic or security reasons, as noted in a Council on Foreign Relations report. Many American Christians don’t consider the forces that push people to migrate to be their problem, Doran said.

“If someone can’t grow food in Honduras any longer, is that really someone else’s problem or is that my problem in the sense that we’re part of a bigger human family?” Doran said.

Doran suggested that Christians plant and grow seeds of empathy to create awareness. Some practical examples include actively listening to stories of migrants, creating space to host migrants in one’s own home or country and reading stories in the Bible from the perspective of a migrant. He said the best thing people can do is stress the urgency of climate migration.

Many of Doran’s students also believe that responses to climate change and climate migrants are inextricably linked with Christianity.

“As a Christian, I think that we have a responsibility to care for God’s creation,” Sandlin said.

Sonia Shah, science journalist and author, writes in her book, “The Next Great Migration,” that migration should be embraced and celebrated as a natural response to environmental changes.

“Life is on the move, today as in the past,” Shah writes. “For centuries, we’ve suppressed the fact of the migration instinct, demonizing it as a harbinger of terror. We’ve constructed a story about our past, our bodies, and the natural world in which migration is the anomaly. It’s an illusion. And once it falls, the entire world shifts.”

Doran and Davis agreed that both Pepperdine and the larger evangelical community aren’t doing enough to address the only-worsening problem of climate change and the displacement of people due to climate change.

“I see it as not only the foremost human rights and social justice issue of our time, but really the foremost spiritual crisis of our time in that the climate crisis is a symptom of spiritual sickness in our society, of selfishness and greed and consumption,” Davis said. “And what I see in my faith are rituals and practices and stories that are specifically meant to train us to resist those sins.”

Doran has watched wildfires increase in severity in the time he’s been at Pepperdine, and he said he thinks this should drive Pepperdine to take the climate crisis seriously. He is often disappointed by Pepperdine’s lack of effort in supporting the sustainability program and pursuing Sustainable initiatives in ways other schools across the nation have.

“On my happy days I say, ‘Well, OK it’s nice to be on the front end of something,’” Doran said. “On my bad days it can feel very lonely to know that a lot of other schools across the country, Christian or non-Christian, know that this is a big deal and spend a lot of resources attempting to make it a big deal.”

Pepperdine has implemented sustainable practices like recycling water for landscaping, providing free electric vehicle charging, using renewable sources for 50% of the university’s electricity through the Clean Power Alliance and California Edison, and a carpool commute program, Ricky Eldridge, director of the Center for Sustainability, wrote in an email.

“The university holistically considers and balances environmental, economic and social considerations in its sustainability practices,” Eldridge wrote. “Ultimately, Pepperdine remains committed to acting as a responsible steward of our resources and managing them in an ethical, practical and purposeful manner consistent with our mission.”

Looking to the future

While climate migration and climate change might seem like insurmountable problems to address, current Pepperdine students are trying to make an impact.

Lexi Scanlon and Ella Erwin, both Sustainability minors, are two of six Pepperdine students currently serving as fellows for Young Evangelicals for Climate Action (YECA). Both are working on projects to promote sustainability at Pepperdine that they hope will continue after they graduate.

Scanlon is starting Pepperdine’s first-ever environmentalist zine, a digital magazine compiling community-created works. Through stories and art, she said she seeks to highlight the diversity of those involved in the environmentalist movement, demonstrating that anyone can push for climate action.

Erwin’s passion for sustainability is based in connection and community. She is creating a mentorship program for Sustainability students, which will pair up students from different years and majors to discuss environmental issues and form a stronger community within the Sustainability program.

Erwin is confident that Pepperdine students can make an impact on the climate crisis and aid climate migrants if they’re willing to reconnect to their relationship with the Earth and the people who inhabit it.

"Marry the Man Behind the Vacuum Cleaner": A Generational Love Story

Avenue of Acceptance: How Mental Health and Faith Intertwine 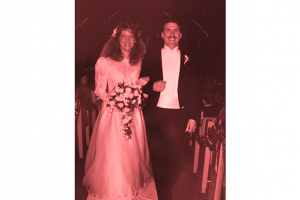 "Marry the Man Behind the Vacuum Cleaner": A Generational Love Story

Photo courtesy of Andy and Carrie Wall Carrie and Andy Wall’s relationship may have formed 36 years ago, but their story...
Copyright 2013 Jupiter Premium Magazine Theme
Back to top