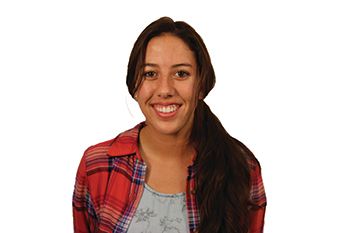 If I’m being honest, I have never once said that I want to be a housewife.

I don’t cook, sew or enjoy the presence of children, and after 18 years of barraging sexist jokes like, “Get back in the kitchen,” or “Make me a sandwich,” conforming to a domestic lifestyle has never been my plan. That’s where I’m wrong in the whole feminist movement.

Too often college-age women such as myself go to the extreme when demanding equality, and in our attempts to climb the ladder, we tend to demonize the idea of being stay-at-home mothers. But, with that point of view, we are attacking from the wrong angle. Instead of bringing down domestic lifestyles, we should instead bring down the assumption that a different lifestyle is not an option for women.

Think about it: If a woman’s only opportunity was to go to work every day while men stay at home with the children, it is likely that we would begin to demand justice over that as well. The problem is not the jobs women are typically limited to; the problem is the limitations we face in the first place.

It is not an insult to our gender for a woman to be a housewife. But it is an insult to say that keeping a home is all a woman is capable of doing.

The gender roles to which women and men are typically confined are irrelevant to our modern society. A man has just as many rights as a woman to be a homemaker, and a woman has every right to be the breadwinner.

Saying that it should be one way or the other is what causes divisions. Instead of choosing workers based on their genders (whether that is to avoid sexism or to advocate it), workers should be chosen based on performance alone. Whoever is the best person at the job is the person for the job, regardless of race, wealth, status or gender.

Taking care of children may not be my cup of tea, but that doesn’t mean it isn’t a beautiful and extremely important task. Sometimes I want to ask girls why they limit themselves when they decide to negate a future career, and instead plan on getting married and popping out a billion kids.

But I realize that cringing at the thought is just as close-minded and sexist as telling a woman she doesn’t have a place in the workforce.

Women and men should have equal opportunity to pursue whichever lifestyle they choose, whether that be child-rearing or a full-time job. It is no longer viable for a women to claim inequality as an excuse for not getting where she wants to go.

There are millions of people in America advocating woman-power. So many, in fact, that cowering in the face of a few misogynists would be a childish and unbefitting response. Instead of women and men fighting to get ahead, we should rather be fighting for each other, as equals.

And sure, it wouldn’t hurt for a man to make his own sandwich.