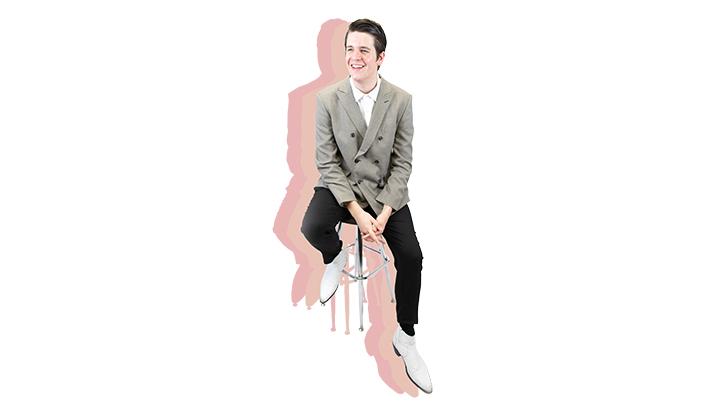 Men can be feminists too.

Junior political science major Brandon Easley is a self-proclaimed feminist who believes that both women and men can advocate for women’s rights.

Originally from Minden, a small town outside Reno, Easley grew up surrounded by individuals who held more traditional views regarding women and their place in society.

“Feminism wasn’t really discussed,” Easley wrote in an email as he recounted his experience growing up in a fairly right-leaning part of Nevada.

Despite this, Easley greatly looked up to his mother, who exposed him to the ideals of feminism through her strong, independent character.

“As I grew up and learned more about feminism and what it encompassed, I realized there were many misconceptions regarding it,” Easley wrote.

One of the misconceptions Easley often heard was that feminists want women to have greater power than men, which he now knows is false.

“I think women were placed in this world the same as men, and [women] have the same duties and obligations to fulfill [as men],” Easley said in an in-person interview.

For Easley, feminism is the desire to see equality between the sexes at all levels. However, he recognizes that sexism still exists.

“A lot of [combatting sexism] is recognizing social things that we built up in our society that advantage men and disadvantage women,” Easley said.

During his sophomore year in Washington, D.C., Easley participated in a Women’s March, which further encouraged him to find ways to support women through social justice and action. Marching during the rainy Saturday morning, he said he could feel the power of unity among both men and women who wanted to achieve a similar goal: gender equality.

“It’s super cool that men participate too because feminism shouldn’t be a movement that’s only for women,” Easley said. “If you want to achieve equality, it has to be done between both sexes.”

With intentions to become a family lawyer and help women who have experienced domestic violence, Easley added a women’s studies minor in fall 2019 to better understand the challenges and difficulties women have faced and continue to face.

“I think that often women’s [stories] get misconstrued, misinterpreted or ignored, and women’s studies provides the space to learn and value those stories,” Easley wrote. 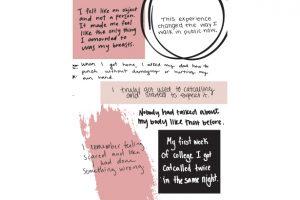 Art by Natalie RulonShe can feel her body tense up as she quickens her pace. She hates walking alone, especially at night....
Copyright 2013 Jupiter Premium Magazine Theme
Back to top