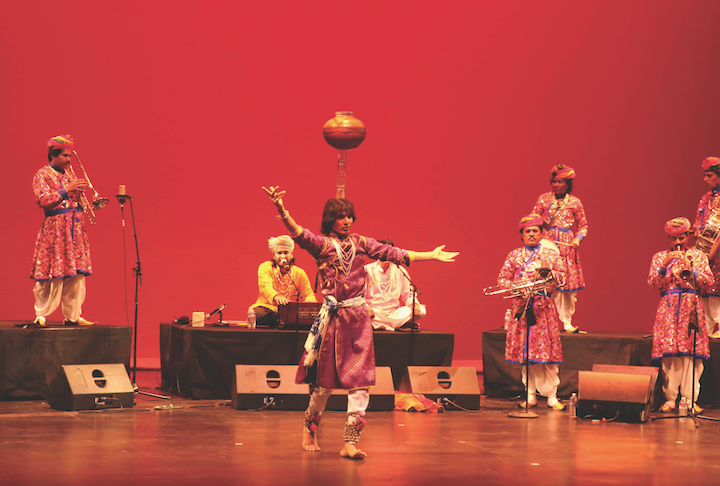 The Bollywood Masala Orchestra and Dancers of India brought dynamic color, music and choreography of India to Smothers Theatre on Tuesday, Oct. 6. The concert captured both rich traditional Indian performance, as well as song selections from modern-day Indian films like “Krrish” and “Om Shantiom.” The group has performed for a multitude of high profile audiences including MC Hammer and the President of France. Providing a variety of visual and auditory experiences, the show was comprised of over more than 10 instruments, several singers and five dancers. The use of vibrant colors, as seen in traditional Indian attire, added to the astounding sensory experience.

The performers interacted with the audience, often encouraging them to clap, teaching them words in their native language and even going so far as to teach the audience an authentic Indian dance. They took time in between songs to enlighten the audience about the customs of Indian culture, discussing the multitude of languages and religions that play part in their society. The authentic taste of music, dance and culture gave a close look into the richness and thrill of India.

According to their website, the entire production is the brainchild of Rahis Bharti. As a young boy, Bharti was interested in capturing the essence of India using both traditional and contemporary dance and music. With over more than 12 years of experience, Bharti now travels the world with his 16-person Orchestra and Dance group. Some instruments in the show include bass drums, side drums, trombone, tabla, dholak, harmonium and clarinet. Other elements that added to the experience were the talented vocals, some of which Bharti’s brothers provided, as well as dancers and even an acrobat. 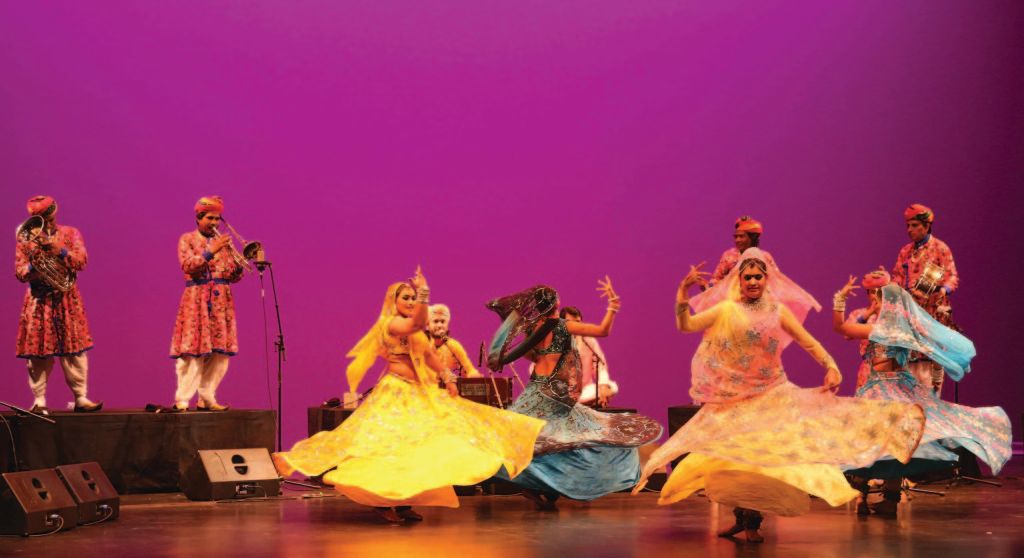 The dancers, who appeared in over more than five costumes throughout the show, created a fast-paced, rhythmic experience. With a performance as mesmerizing as this, it is easy to become so entranced and only look at the stage. However, upon taking a moment to look around the room at the rest of the audience, one could see people tapping their feet, nodding their heads and faces, their mouths wide with smiles. Such a performance is a real treat here, as the presence of true, authentic Indian culture is often rare in Southern California.

This performance not only gave an authentic taste of India but also an individual taste of many regions from which each performer hails. Some of the cities these performers call home include: Jaipur, Jodhpur, Sikar, Dhoad, Renwal, Khandela, Malikpur, Kunkanwali, Basada and Mumbai. The broad range of regions was apparent in the diverse styles of singing as well as the instrumental differences among the performers.

Overall, the Bollywood performance was a cultural experience that won’t be forgotten soon. The combination of mesmerizing traditional and contemporary music along with authentic Indian dance and colorful costumes was truly a sensory experience.

Though their website, www.bollywoodmasalaorchestra.com, includes only the dates of their European tour, more information about shows across America can be found on their FaceBook page, Bollywood Masala Orchestra Spirit of India. 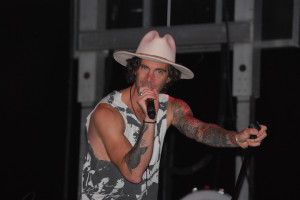 Photos by Veronica Johnson Waves Weekend Concert 2015—where ambitious freshman with their hovering, but still adorable...
Copyright 2018 Pepperdine Graphic
Back to top