Biden’s Commitment to a Female VP Should Not Be Insulting 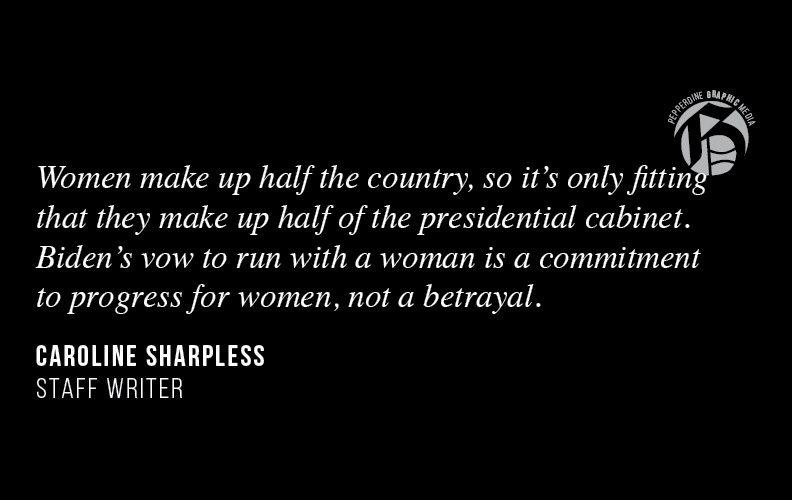 People on the left and right finally agree on something: their disapproval of former Vice President Joe Biden’s announcement to name a woman as his running mate and a Black woman as a Supreme Court Justice, should he win the Democratic nomination. While many applaud this decision, people from both sides of the political spectrum accuse Biden of prioritizing gender over qualifications and practicing “identity politics.”

Do these critics believe there are no women in America more qualified and experienced than men to fill either of those positions?

Biden’s announcement is not “shameful,” “shallow” or “insulting” but proof of his confidence in America’s female politicians. If anything, accusing Biden of “making gender the only qualification for a running mate” disgraces the competency, triumphs and skills of every woman involved in politics.

Since Biden is not the Democratic nominee yet, it is too early for him to reveal the names of prospective women to fill these positions. His announcement is merely a small hint of what is to come.

For centuries, sexist laws and societal norms prohibited women from receiving the same level of experience as men, preventing them from becoming president and vice president. However, this year — and for many years now — dozens of women are remarkably equipped for these jobs.

A record number of women ran for president this year, and Biden himself agreed opponents Amy Klobuchar and Kamala Harris are capable of being president. As for a Supreme Court Justice pick, there are many accomplished Black women deserving of the position, such as Judge Ketanji Brown Jackson or Justice Leondra Kruger. Since many Americans still bring their sexist views into the voting booth, presidential appointments are essential in getting these deserving women into positions of influence.

If our country is seriously committed to equality, why shouldn’t a woman share the stage? Women make up half the country, so it’s only fitting that they make up half of the presidential cabinet. Biden’s vow to run with a woman is a commitment to progress for women, not a betrayal.

This is not about overlooking a more capable man for the sake of choosing a woman simply because she is a woman. It is about acknowledging that a woman can actually be the best person for the job.

Instead of attacking Biden for tactically trying to make himself look better, take a step back and realize that this announcement would only make him look good if it were the right thing to do. Ronald Reagan made a similar move during his 1980 presidential campaign when he vowed to appoint a woman to the Supreme Court. Yes, it was an attempt to win over female voters, but it was also a great achievement for civil rights. It should be common sense that, since women make up half of America, candidates should make decisions that benefit women.

Regardless of personal political opinions, anyone who believes in equal rights for men and women should respect that this announcement makes our country a step closer to breaking the glass ceiling and getting deserving women in higher leadership positions. 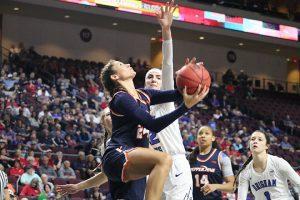 Guard Hannah Friend (No. 24) drives for the reverse layup against Brigham Young during the West Coast Conference tournament....
Copyright 2013 Jupiter Premium Magazine Theme
Back to top