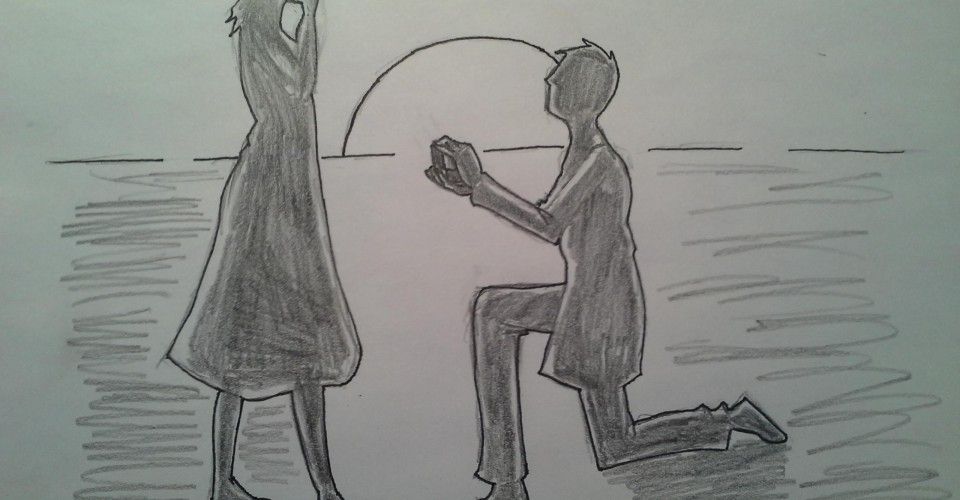 Throughout high school, I defied cliches at every turn. I played varsity basketball, but I was also a soft-spoken academic who liked to write for the school paper. I took German because everybody else took Spanish. I grew up overseas. I picked a university that was far-flung from the typical southeast-Michigan lineup, and I reveled in telling my classmates that I was destined for Southern California.

I was unique. I steered clear of banality (which is a word I looked up in a thesaurus because “cliche” seemed too commonplace). I was different.

But then I ruined everything. I lost my Zen. I gave in to the black hole of cliche.

Senior year has a way of destroying the last bastions of indie cred. I started saying things like, “Time flies fast,” as I sat on my cliched desk chair and reflected on my cliched suburban youth. I bought a ring (by spring, no less), and proposed to my now-cliched fiancee. We took cliched sunset photos during Golden Hour.

Freshman me would have never guessed the depths of my cliche — the hot, red cliche that runs through my veins. I wish I could tell him that “the grass is always greener on the other side” and that “what doesn’t kill you will only make you stronger.” I could have saved myself a lot of time.

Of course, there are also Pepperdine-specific cliches such as being overcommitted and having Jesus on speed-dial. Like every other Pepperdine undergraduate, I play guitar. I have a MacBook. These are cliches that are mostly positive, but because everybody does them, there is supposedly shame in them.

What I’ve learned is that it is itself a cliche to care about your own propensity toward cliches. Better yet is to “live your life to the fullest” without caring about what people think.

I know, it’s difficult. All our lives, we are taught to be unique. (I seem to remember something about being a butterfly.) I am here to proclaim to the world that it is OK to be a cliche, and that your life would be better if you predicated your hobbies and beliefs on what is right and appealing rather than on what is or isn’t basic. We’re so afraid of sinking into the crowd that we don’t realize that a huge part of happiness is finding the right crowd to dissolve into.

I’m not saying you should settle. I’m not saying your life should be boring. But if watching Netflix with your significant other is your bliss, then maybe you should realize that the organic coffee shop will always be there tomorrow. There is joy in not caring anymore about the nuances of edginess versus blandness. Also, as I’ve found writing this article, while wearing socks and sandals with my fiancee and listening to Arcade Fire, the simple moments are sometimes the best part.

Don't Let The Internship Hunt Get You Down 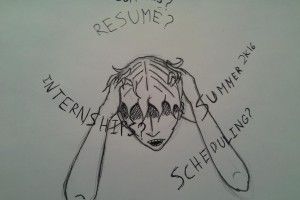 Don't Let The Internship Hunt Get You Down

Art by Chris Chen "So what are you doing this summer?" isn't an innocuous question. Despite it only being February,...
Copyright 2013 Jupiter Premium Magazine Theme
Back to top