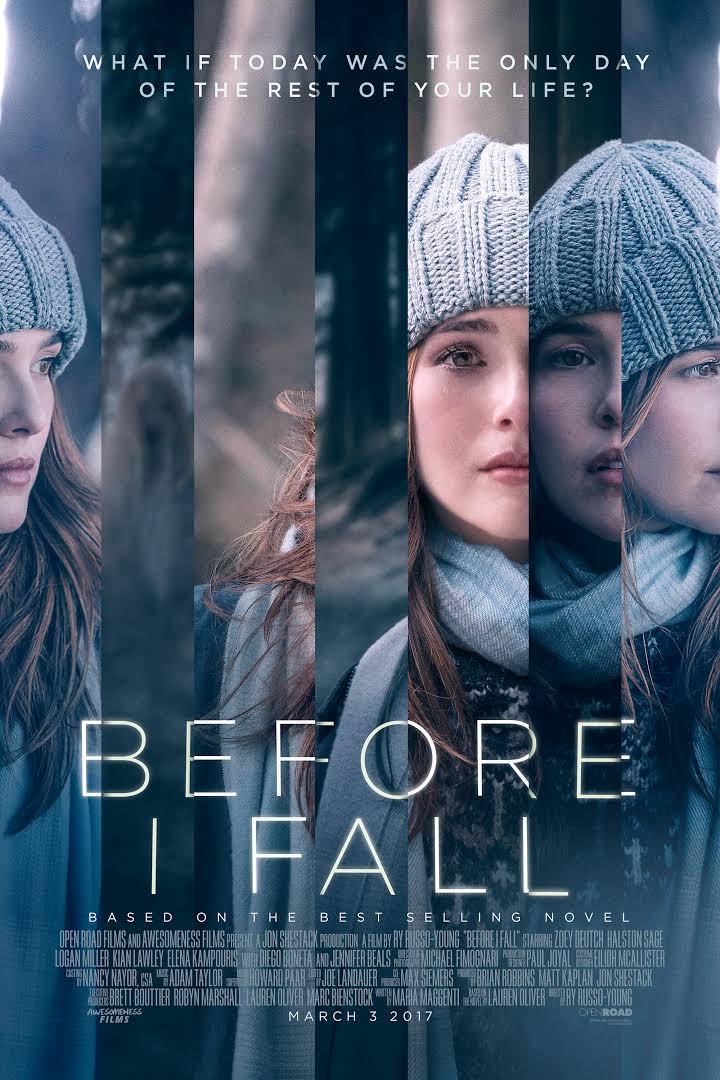 The quest to figure out how one must live their last day alive as it’s repeated over and over until they get it right will be featured in theaters across America on March 3 in the new movie “Before I Fall.”

Zoey Deutch, Halston Sage, and Ry Russo-Young sat down at the Four Seasons in Beverly Hills the morning of Saturday, Feb. 11 to discuss the film.

“This isn’t just a movie for teenagers; It’s actually about human beings and who we are,” Russo-Young said.

Directed by Russo-Young, “Before I Fall” was created by Open Road Films and Awesomeness Films. Zoey Deutch plays the main character Samantha “Sam” Kingston, who is plagued with reliving the same day over and over until she gets it right. Set on Valentine’s Day, which Samantha and her friends call “Cupid Day,” the teen experiences the holiday a vast number of times, changing her actions a little or a lot to find out what she must do to get things just right. Her journey to find herself and break free from the monotony take her on an emotional and moving journey that culminates only when her actions align to create the final right decision.

Russo-Young said reading the script was very emotional and unexpected as she initially thought it was going to be another teen movie but found herself moved.

“I think that the beautiful thing about Sam is that she learns that her flaws don’t define her,” Deutch said, which she said was something that spoke to her on a personal level in her own life as a middle schooler and high schooler.

But Deutch isn’t the only character on a journey to find who she is. Halston Sage’s character, Lindsay, is one of Sam’s best friends, and at first glance seems to be the classic popular girl. But as the story progresses, the reasons behind who she is and what has shaped her in her past are revealed.

“A huge part of why I fell in love with Lindsay was because you didn’t just see the stereotypical mean girl you’re used to seeing in so many high school films,” Halston said. “And that was a big part of the conversation that Ry and I had every day — where this meanness comes from.”

Halston said one of her favorite scenes for Lindsay was at the end when audiences begin to understand her vulnerability and why she treats people the way she does. Halston said it’s “kind of her moment to be forgiven.”

Russo-Young said that Deutch and Halston did a great job of creating chemistry and authenticating real friendship. They discussed the purpose of having Sam appear so clearly as a follower to Lindsay at the beginning of the film, to emphasize how she breaks away and walks her own path to become a leader by the end.

Deutch clarified that she meant leader in a “take responsibility for your actions way. Know that what you say does make a difference and does have an affect on people.”

Russo-Young said with any repeat-day construct, a director has to make every new day feel fresh. They would name each day and sometimes go in different day orders during filming.

Russo-Young said that the recurring day construct has its roots in philosophy and goes back to “age-old questions about how we live our lives and who we want to be before we die.”

Russo and Deutch said they would film the same scene for the different “days in the movie” all in the same day, sometimes going from “angry day” immediately to “perfect day” right after.

“It was such an exciting challenge as an actor but definitely daunting at times,” Deutch said. “And it’s funny that I say this, but I think that the most physically challenging moment I’ve had as an actor was the wake up day, and I’m in a bed. But I felt so drained, and emotionally and physically tired.”

Halston complimented Russo-Young’s focus on creating an authentic and real film, and said that her vision for the film was something she had never seen before in this type of teenager, high-school movie.

“Before I Fall” was originally a book written by Lauren Oliver and then adapted to film by Maria Maggenti.

Deutch said she loved the book, and while she read, she found herself crying a lot. “One thing that the book does so well is making you feel like you’re inside Sam’s head,” Deutch said.

Deutch said the opening and closing shots of the movie came by chance when she and Russo-Young were running through the forest taking pictures with their own digital camera. She said that the randomness of the creation of those shots speaks volumes about the process and the movie.

“What I really loved about this story was the message to appreciate those around you,” Halston said. “I live my life for my family and for my friends, and I think the only thing you can really control is how you treat those people and what you do with your life, and the actions that you take.”

Deutch said by the end of the film when she watched it for the first time “It culminated in this weird feeling of a celebration of life.”

“To create art that moves people and makes them want to be more positive in their own life is special,” Deutch said. “And I personally took from it to not take for granted the people I love and that love me in my life.”