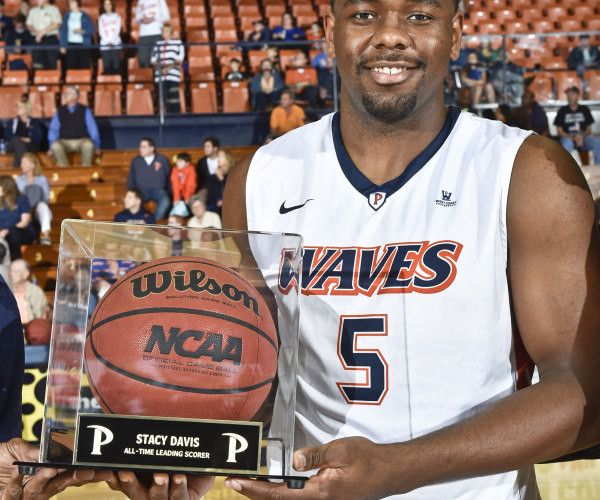 All good things must come to an end, and Pepperdine men’s basketball is no exception. The Waves closed out their home game slate by going 1-1 last week against the University of San Francisco Dons and the Santa Clara Broncos. As per usual, here are some basic questions and answers about not only the past week of Pepperdine basketball, but also the upcoming West Coast Conference Tournament.

The senior forward led the Waves behind a great first-half performance by scoring 16 of his 20 total points. I’m no math major, but I’m pretty sure 16 is more than the nine points Davis needed to surpass Dane Suttle on Pepperdine’s all-time scoring list.

How was the second half of the San Francisco game?

The Waves played to the level of their competition, which has been a troublesome habit of theirs this season. Pepperdine pulled a USF: They barely played defense. USF ranks second-to-last in the WCC in defensive efficiency, whereas the traditionally defensive-minded Waves rank fourth, according to sports-reference.com. However, just as Lindsay Lohan and Jamie Lee Curtis swapped lives in “Freaky Friday,” the Waves and the Dons swapped roles on the defensive end of the floor.

Did you just make a “Freaky Friday” reference?

Guilty as charged. Moving on.

Pepperdine allowed junior and sophomore guards Ronnie Boyce III and Devin Watson to do as they pleased throughout the game. The duo scored 46 of the Dons’ 82 points on 50 percent shooting. Boyce posted another 25-point performance against the Waves, giving him 50 points against the Waves this season. Believe it or not, Boyce is the WCC’s second-highest scorer against Pepperdine; only Portland guard Alec Wintering has scored more points against Pepperdine, but not by a considerable margin (he’s scored 53).

Watson, his sophomore counterpart, wasn’t far behind his teammate with 21 points, eight of which came in the last four minutes of play. His two clutch three-pointers all but sealed the upset victory for the Dons.

Not to be overshadowed by his teammates, senior forward Tim Derksen added 18 points and 8 rebounds for USF, all while having the task of guarding Davis on his record-breaking night. The defensive battle between Arizona natives was essentially a draw: Derksen and Davis shot 7-for-15 and 7-for-16 from the floor, respectively.

But Pepperdine won against Santa Clara, so does the USF loss mean anything?

In other words, Pepperdine is currently 2.5 games behind third-place BYU and 2.5 games ahead of fifth-place USF, according to ESPN.com’s WCC standings. The Waves have only one game this week (at LMU), whereas the rest of the WCC has two games remaining.

But is the fourth seed bad for Pepperdine? They were seeded third in the preseason polls, right?

Although Pepperdine will finish one spot lower than expected, clinching the fourth seed in the WCC Tournament could be more beneficial than securing the third seed depending on which team wins the regular-season title.

As strange as it sounds, Waves fans should be rooting for Saint Mary’s. Check out the conference tournament bracket. If the tournament began today, Gonzaga and BYU — two teams ahead of Pepperdine and seeded higher than the Waves — would be on the opposite side of the bracket as the second and third seeds, respectively.

Unlike last year’s tournament, Pepperdine won’t run into a Gonzaga-shaped buzzsaw in the second round. Instead, Pepperdine could face a completely beatable Saint Mary’s team in the semifinals.

In order for the best case scenario to happen, Saint Mary’s would win out and clinch the top seed in the WCC Tournament by sweeping Santa Clara and USF. Gonzaga would win at home against the University of San Diego Loudly Crying Emojis, but lose the rematch at BYU. Like Pepperdine, BYU is probably going to stay put; the Cougars are practically a lock for the third seed.

The odds of this scenario unfolding aren’t terrible by any stretch of the imagination. BYU beat Gonzaga on the road in a gritty 69-68 win earlier this season. Furthermore, BYU has one of the conference’s best home-court advantages; the Cougars lost one game at the Marriott Center this season, and have lost only three times at home in the past calendar year.

Realistically speaking, what are Pepperdine’s chances at making the NCAA Tournament?

That is, if Pepperdine wins the first-round game against USF, as in the team that gave Pepperdine its worst home loss of the season, as in, “Oh great, now I need to curl up in the fetal position and sit in a dark room for several hours.”

Wait, when is the next home game?

The Waves will open up the 2016-2017 season with Blue and Orange Madness, which will be during Waves Weekend. According to Pepperdine’s official website, Waves Weekend will be from Oct. 14-16. Save the date!

Sarcasm aside, the Waves will finish off the PCH Cup series at LMU on Saturday, Feb. 28. The West Coast Conference tournament starts on March 5 at the Orleans Arena in Las Vegas, Nevada. 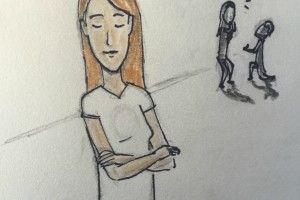 Art by Peau PorotesanoBefore transferring into Pepperdine, I thought I was getting away from the whole "ring by spring" hype.At...
Copyright 2013 Jupiter Premium Magazine Theme
Back to top