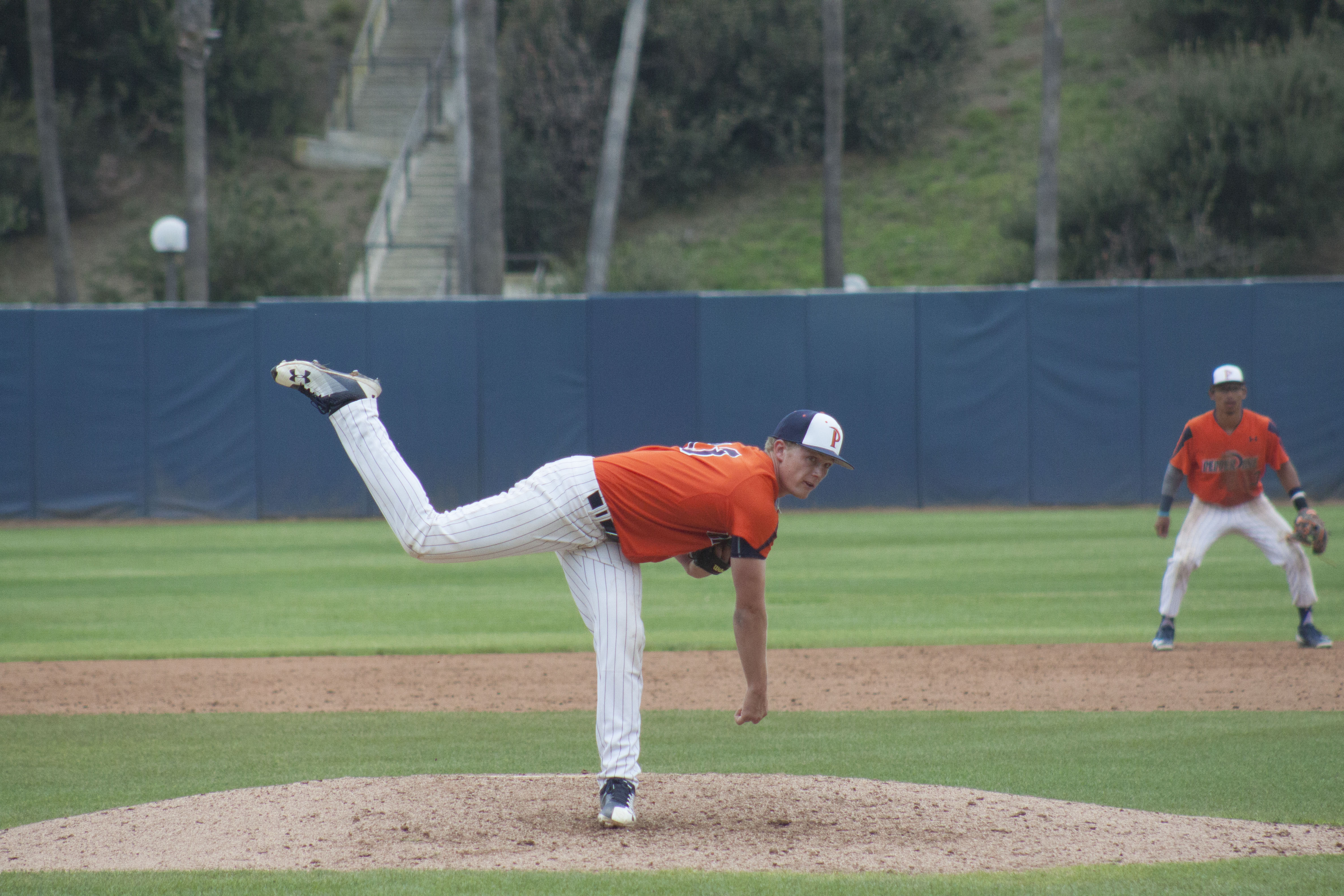 The Waves are in full swing in their 2018 campaign. After rallying from a seven-run deficit against New Mexico to win 11-7 on Tuesday, March 13, Pepperdine traveled to Gonzaga, but dropped two out of the three games in Spokane between March 16 to 18.

After the weekend series against Gonzaga, the Waves have an overall season record of 9-11 with a conference record of 1-2. 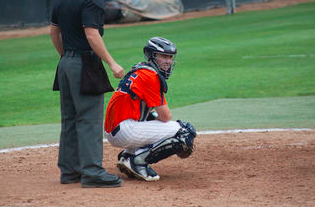 In the game against New Mexico, the Lobos took an early lead with two runs on two hits in the first inning before picking up another in the third to go up 3-0. New Mexico continued their strong offensive display with four runs in the fifth for 7-0 lead, but the Waves managed to hold them from there.

The Waves started their attack in the bottom of the sixth with three runs off two hits. Redshirt junior infielder Chase Lambert singled to left field and advanced to second when New Mexico walked sophomore infielder Quincy McAfee. Redshirt junior outfielder Jordan Qsar, who totaled seven RBI’s throughout the game, finished off the inning with with a three-run home run to right center, closing the seven run gap between the two teams to only four. The Waves managed to pick up another run in the seventh with a triple by Lambert bringing in freshman outfielder Mike Malinchak, who reached first on a walk.

“I always have a similar approach when I go up to the plate,” Qsar said. “I came up after guys that got on base, worked the count and put some pressure on the pitcher. Early in the count, I definitely look for something hard in middle of the plate. I’m just glad I got pitches to hit and didn’t miss them.” 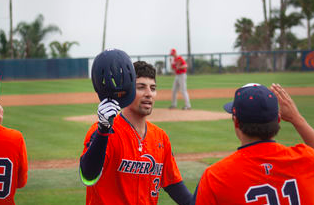 The Waves continued to capitalize off of walks bringing in seven runs in the bottom of the eighth on only four hits. Junior outfielder Matthew Kanfer started the rally with a solo homerun to left field. Junior outfielder Cory Wills got on with a walk and advanced to second as Malinchak walked onto first behind him. Both runners moved into scoring position when New Mexico walked yet another Wave, sophomore infielder Aharon Modlin, loading the bases for redshirt senior catcher Dempsey Grover who came in to pinch hit for freshman infielder Dante Faicchio. Grover doubled down the left field line bringing in both Malinchak and Wills and leaving Modlin on third. McAfee got on with another walk. Qsar delivered with a grand slam to end the game with a score of 11-7.

“I think the team showed a ton of character and a ton of fight being down seven to nothing to a good team,” Assistant Coach Cooper Fouts said. “I think it took awhile for our bats to get started because our swings were a little too big. We tried to do too much early. We had better at bats late. We were were taking some walks and put better swings together. It was just one of those days where we needed to settle in a little bit and have a better approach at times.”

Three days after their impressive comeback, the Waves played in their West Coast Conference opener against Gonzaga. Unfortunately, the Waves couldn’t carry their momentum and dropped the game in a tough 1-0 loss.

The game was a pitcher’s duel. Sophomore pitcher Wil Jensen started on the mound for the Waves and gave up no runs with five strikeouts during the five innings he pitched. The Waves had a couple of good hits, but couldn’t score. Freshman pitcher Jeremy Farraye gave up one unearned run in the bottom of the eighth after a runner reached on an error. Despite their strong defense, the Waves fell short on offense. 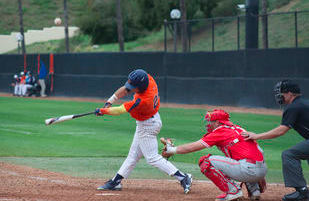 In the second game, the Waves flipped their fortunes and woke up their bats, winning 11-8.

The Waves scored early in the game picking up two runs during the top of the first. However, Gonzaga answered back with a run of their own in the bottom of the inning picking up two more runs in the bottom of the third for a score of 3-2. The Waves quickly regained their lead with two runs of their own in the fourth for a score of 4-3.

Gonzaga got another run in the fourth before the Waves cracked their offense open with six runs in the fifth for a 10-4 lead. The Bulldogs fought back and garnered three more runs by the seventh closing in on the Waves’ lead at 10-7. Despite Gonzaga’s efforts, the Waves refused to allow them to catch up taking another run in the eighth, 11-7.

Gonzaga couldn’t deliver during the last at bats. They managed to get another run but it wasn’t enough to close the gap. The game ended in a win for the Waves with a final score of 11-8. Qsar finished with 4 RBIs while Kanfer and Malinchak followed behind him with two RBIs each.

Unfortunately the Waves dropped their last game of the series against Gonzaga in a 7-0 loss. Both teams were held at zero until the seventh when Gonzaga scored five runs in bottom of the inning against junior pitcher Jonathan Pendergast. Gonzaga then picked up two more runs in the eighth off of redshirt sophomore pitcher Benjamin Slattery. The Waves only totaled five hits throughout the game and left six runners on.

Regardless of their record, the Waves come ready to fight. They use their losses as a way to propel themselves towards the next game by using it as a learning experience.

“I love our team and the spirit and character we have,” Assistant Coach Cooper Fouts said. “We do a good job of competing and battling. I think the biggest thing with our guys is that they truly love being around each other.”

The Waves travel to Los Angeles to take on Loyola Marymount, with the three-game series beginning on Friday, March 23 at 7 p.m.