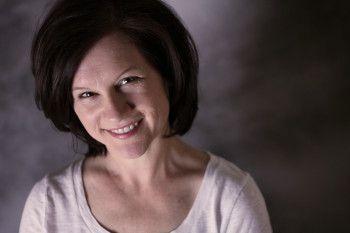 Sara Barton has been chosen as the new university chaplain. After months of searching and interviews, the announcement was made yesterday.

“Spiritual life is central to the mission of Pepperdine, and I eagerly anticipate focusing my energy on the spiritual development of the campus community,” Barton said.

In a press release, Dean of Student Affairs Mark Davis said the hire reflected Barton’s commitment to the spiritual development of college students.

“After a nationwide search that included interviews with many gifted candidates, Sara stood out because of her ability to connect with a wide range of people, and for her love of Scripture and ability to relate it to everyday life,” Davis said.

The university chaplain is responsible for the duties of the role for the entire university, not just Seaver College.

“A chaplain is called upon to serve in both joyous and difficult occasions in community life, and I look forward to serving in all these diverse moments, always with a dependence on God’s word and the power of the Holy Spirit,” Barton said.

Former Chaplain David Lemley stepped down from the position of university chaplain in Spring 2013 to become a professor of practical theology. The search for the next chaplain has been in full throttle since that time.

The open chaplain position was posted on the university’s human resources site on May 3, and the process of recruiting candidates began.

“We reviewed the online applications and selected the most promising ones and did Skype interviews,” Davis said. “Those we felt did well on the Skype interviews we asked to respond to a series of written questions, and then we reviewed the written responses and based on those responses we narrowed it down to three. At that point, one of the candidates accepted another position, so that left us with the two we invited to campus.”

The qualifications for the role include, but are not limited to: active involvement in a congregation of the Churches of Christ, a master’s degree in Bible, theology, ministry, religion or a related field and significant experience and expertise in teaching and ministry.

Barton holds a master’s in Spiritual Formation and Leadership from Spring Arbor University in Michigan, is working on a doctorate of Ministry at Lipscomb University in Tennessee, was assistant professor of religion and served as campus minister at Rochester College in Michigan and small groups minister at Rochester Church of Christ . She also served as a missionary in Uganda for eight years.

The committee hoped to have a candidate selected by the end of September and opted to leave the position open online throughout even the final stages of the process to ensure that the best candidate was chosen.

The final candidate campus interviews lasted an entire day for the two candidates, according to Davis.

The on-campus interviews were great this summer because all the RAs and SLAs were doing their training, Davis said.

“It [the interview] started out in the Chapel filled with students. That was really good to get the student feedback,” Davis said. “Then we had a special session where some of the student leaders were able to talk more specifically in a smaller group.”

The interviewees also met with campus partners, the chaplaincy staff, including Lemley, student leaders, administration and the search committee.

Barton comes in with a personal connection to Pepperdine — sophomore and Graphic News Editor Nate Barton is her son.

Associate Chaplain Jennifer Christy has been assuming many of the responsibilities of the office during the search process. “Office of Spiritual Development is more descriptive of who we are,” Christy said.

The chaplain’s office plans selected worship services during the academic year and sponsors a variety of ministry activities and the training of student spiritual life advisors. The chaplain serves on the University Spiritual Life Committee and chairs the Student Affairs Spiritual Life Committee. They also directly supervise the associate chaplain and the director of Convocation. The chaplain works closely with various departments in Student Affairs, Human Resources, the Center for Faith and Learning and the campus ministry programs of the University Church of Christ. The chaplain reports to the dean of student affairs and works closely with the university provost and academic deans.

“I am excited about joining the ongoing work of the staff in the chaplain’s office,” Barton said. “I’m inspired by their dedication and commitment to spiritual formation at Pepperdine.”

As the office transitions to Barton’s leadership, the focus is on making sure the spiritual needs of those on campus are met. According to Dean Davis, the goal is to find ways to provide more quality programming rather than just more programming.

Barton will transition into her role as chaplain over the current school year and move with her family to Malibu in June. 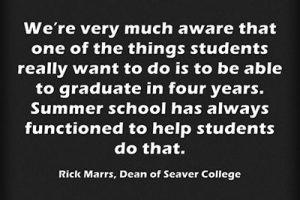 Summer housing cost reduction to $100 caused a student surplus and a professor shortage Every summer, the residents of Malibu...
Copyright 2013 Jupiter Premium Magazine Theme
Back to top