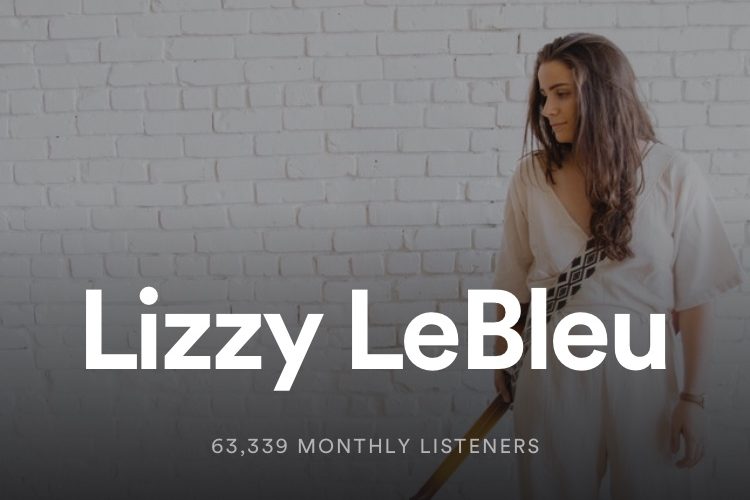 “I don’t care if you live in Malibu, college is hard.”

What a telling and relatable quote. Sometimes as Pepperdine students, we tend to paint a smile on our faces even through our struggles. I had the pleasure of interviewing the talented singer/songwriter Lizzy LeBleu, and we discussed her vulnerable lyrics in her latest single “Lost in Los Angeles,“ which strikes a cord with students who may be feeling the pressure to act like everything is perfect just because we happen to live in a “picture perfect” city.

As a Nashville native, LeBleu was a sought after tennis player in high school. Despite not being actively pursued for the tennis program at Pepperdine, she fell in love with the campus after visiting. Apprehensive about leaving her family, with whom she is very close, LeBleu figured it was “now or never,” and her family encouraged her to take the risk and move to California for college.

LeBleu is a senior at Pepperdine and expects to complete her Business Administration degree with a Sustainability minor this Spring. She plans to go on and receive her MBA through Pepperdine’s five year program.

LeBleu is a very practical girl and feels peace of mind knowing that with her degrees she will have a stable job in the future. How did such a practical thinker end up in the unpredictable world of music?

As a child, LeBleu took piano lessons and absolutely hated them. However, said she found joy in banging pots and pans around the house. Her parents took notice of this and eventually put LeBleu in drum lessons, which she said she loved. With her newfound joy of drumming, she joined a band as a drummer when she was in middle school.

Over time, said she found herself harmonizing with the band despite her shyness of never wanting to “be in the front.” Finding a new passion for singing, LeBleu notes that at the time, “singing just made sense” to her, prompting her to learn how to play the guitar by watching YouTube videos.

LeBleu was encouraged to write songs throughout high school but viewed singing as just a fun hobby at that point. One night, she found herself performing covers for fun at a local show in Nashville, and a family friend in the audience recorded a video of her singing and sent it to a producer who was eager to record with LeBleu in a studio on Music Row.

This occurrence of chance right before her freshman year of college sparked the thought that she could actually have a chance of making it as a singer. After releasing two songs, it was around this time that her identity transitioned from being “Lizzy the tennis player” to “Lizzy the singer.”

“I didn’t know people would enjoy it.”

As time went on, LeBleu said she began receiving positive feedback from her family and peers. With a self-described style of folk meets pop with a little bit of country, LeBleu said her decision to record and release more music seemed like the “logical next steps.”

She also said her actions were all based on response — a response she found slightly surprising. Though she enjoyed writing and recording, she said she “didn’t know people would enjoy it.” Today, with just over 63,000 monthly listeners on Spotify and five singles out, LeBleu doesn’t plan to stop making music anytime soon.

My personal favorite is “Digressions,“ which she actually wrote in high school to acknowledge her emotions about leaving everything familiar behind. The harmonies coupled with the guitar accompaniment and somber tone of the song remind me of the style of Maggie Roger’s, whom LeBleu notes as one of her musical inspirations along with Kacey Musgraves and Norah Jones.

“It’s just timing at this point.”

What’s next for LeBleu? As she is headed off to finish her MBA degree, she finds no reason to stop working on her music. She notes that she is constantly writing and it’s all up “to timing” of when she can get in the studio to record and when production can take place.

LeBleu is also thinking of her short-term future. As of right now, she is excited to earn her MBA because it is important for her to acquire skills that would be applicable in any industry. Nevertheless, if the opportunity presented itself, LeBleu would be more than happy to take it and pursue music.

It was so amazing learning more about LeBleu’s artistry and vision, and I believe in her music because of its reliability. Follow her on Instagram @lizzylebleu to keep up with her budding music career.

LeBleu’s music is available on all streaming sites including Spotify and Apple Music. I highly recommend checking out her discography!

Pass it on is the last part of my artists profiles in which I ask the artist I am interviewing to suggest who I should interview next. Stay tuned to the next addition of Bands, Fans and Bandwagon Fans to find out who I end up interviewing!

Until next time & thank God for music! 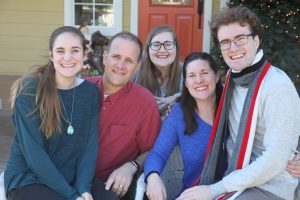 Photos courtesy of Joshua GashLiving in Malibu for college is one thing but growing up in the seaside town is another entirely....
Copyright 2018 Pepperdine Graphic
Back to top