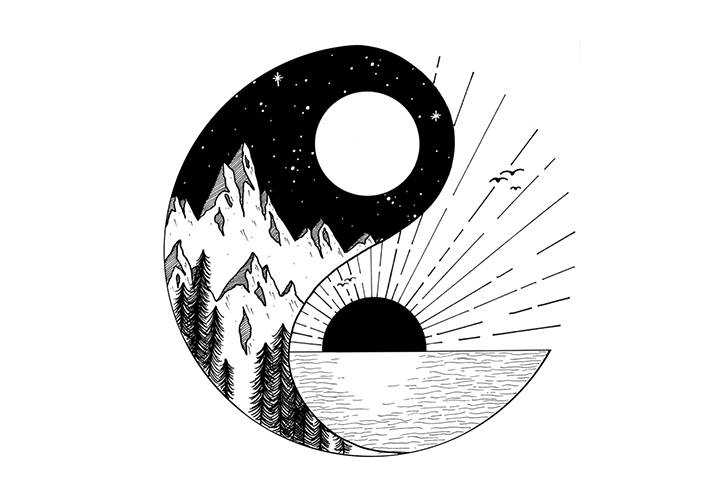 The yin yang, an ancient symbol of harmony and balance, challenges the conventional association of light with good and darkness with evil.

While Western culture tends to oversimplify the complexities of human behavior and experiences by placing them in one of two categories — part or whole, negative or positive, competitive or collaborative — yin yang emphasizes the necessity of each to create balance. Following this mindset, light and darkness lose their original associations and become part of the deeper dynamics at play in an individual’s journey.

In Daoism, yin is associated with darkness, depth, weakness, submission, intuition and femininity. On the yang side, there is lightness, warmth, summer, aggression, rational thought and masculinity.

Students from Taiwanese and Chinese cultures, as well as two experts, reflected on how this symbol is related to paradoxical thinking and achieving balance based on internal flow.

“The Daoistic use of those metaphors is very different,” Barton said. “Darkness is not something to be overcome. Darkness is something that’s part of the natural rhythms and flows of the universe, and you need dark and light — you don’t even know what one is without the other.”

The idea of balance in Daoism

“In every revealed religion [religion based on divine revelation], there is this notion of balance, because inextricably tied to the universe is this idea of balance,” said Eric Wilson, associate dean of Student Affairs and executive director of Spiritual Life programs.

To achieve this balance, the Daoist approach emphasizes aligning oneself with the equilibrium flows of the cosmos and living in harmony with nature because of the belief in a natural order or “the way.”

These flows exist in physical spaces, which gave rise to the ancient art and science of feng shui in China. Feng shui teaches that there are certain ways to set up a room to not obstruct the flow, Barton said.

Senior Douglas Liu said yin yang philosophy is part of Chinese tradition when setting up a home, where yin energy is expressed as black and yang energy as white.

“Outside of Shanghai, pretty much everywhere in China, the houses face south … because the sunshine gets rid of the yin,” Liu said.

Another concept that defines the nature of yin yang is that it is not static. For example, day and night gradually flow into each other and the balance between them changes with the seasons.

“For each thing, there’s a different kind of force in power,” said Hannah Tu, a junior from Taiwan. “You need to make sure it matches in order to balance. If you don’t balance, you get bad luck.”

Emphasizing one extreme over the other is what causes one to lose equilibrium.

Moving from binary to paradoxical thought

In addition to the central idea of balance, the word ‘paradox’ can also characterize the yin yang symbol.

The statement is both true and false, Wilson said, because it depends on what mindset an individual is working from. Much of a person’s worldview is constructed from their past experiences and community interactions.

“If you’re driving down the road in America, you want to drive on the right side of the road; it is an either / or,” Wilson said.

However, the yin yang mindset is very comfortable with paradox.

“That [mindset is] saying that it’s not an either / or proposition, that it is a both / and proposition,” Wilson said.

Daoist koans illustrate the both / and proposition, taking the form of questions or paradoxical statements. These brain-teasing sayings help individuals understand key Daoist concepts and realize the limitations of logic and reasoning.

“Paradoxes like yin yang are confusing because [they] force us to think deeper than the presenting concept itself,” Wilson said. “Another viable both / and would be, ‘Whoever saves their life will lose it and whoever loses their life for my sake and the Gospel will save it,’ Mark 8:35. It almost reads as a Daoist koan.”

Yin and yang, therefore, should be considered a both / and proposition because the philosophy balances polar opposites to expose the fallacy of binary thinking.

Achieving balance as an internal and communal journey

Those on a journey to achieve balance can measure their progress based on their own internal flow, Barton said.

“If you’re obstructing the flow in your body, that will manifest itself in certain mental, social and spiritual ways,” Barton said. “It will also manifest itself in social environments that get out of balance — dysfunctions in families, wider communities, nations and so forth.”

Inevitable struggles in life can cause imbalance and prevent personal growth. Daoist philosophers believe that utilizing the concepts of yin yang can help people realize that, just like the symbol’s interlocking spirals, life is a permanently evolving passage, and both light and darkness are needed in balance.

“There’s a lot of great things that go on in an individual’s life and some terrible things,” Wilson said. “And you could honestly say, ‘I am both of these things, but when I strike a balance with them, that’s when I can function well within the world.’” 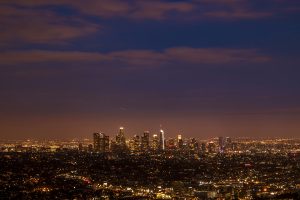 Photo by Milan Loiacono. Mary Margaret Davis contributed to the reporting in this piece. On Jan. 17, 1994, Los Angeles...
Copyright 2013 Jupiter Premium Magazine Theme
Back to top