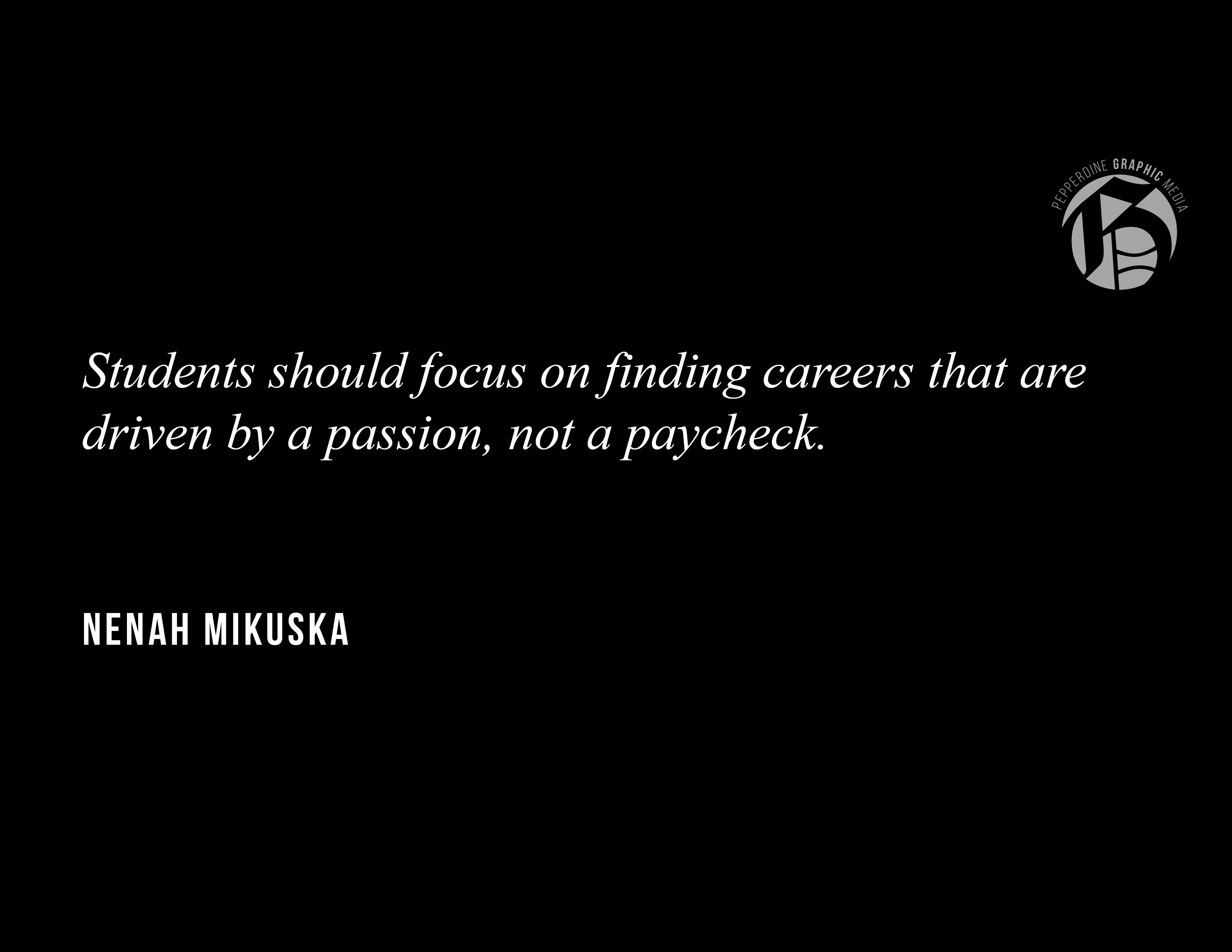 Living in Malibu, it’s easy to get caught up in the glitz and glam of living with the millionaires. From the Lamborghini that frequently parks in the Country Mart, to the lavish beach houses and elegant clubs that line the shoreline, the amount of wealth surrounding Pepperdine’s campus is undeniable. Therefore, it’s natural for students to become fixated on their own future financial success.

But students shouldn’t focus their career paths on income alone. While it’s important to ensure the comfort and care of their future families, students should focus on finding careers that are driven by a passion, not a paycheck.

Career burnout is a commonplace occurrence that falls into a similar category of senioritis. The signs of a burnout include apathy toward a job, getting annoyed over small things within the workplace and a lack of focus that seems impossible to navigate through, according to the Forbes article “Five Unmistakable Signs of Career Burnout,” by Liz Ryan, published Dec. 29, 2015.

Pursuing money will not always lead to happiness. If the work to get the paycheck is devoid of meaning, life within the workplace will become less than dull: It can become unbearable.

There is one caveat, though: It may not be the best to follow only the “true” passion of the heart. Instead, work to find a career that speaks to something that is interesting and for which you can develop a rigor.

Benjamin Todd created 8000 Hours, a resource for helping adults get into a career that balances passion with pay. Todd gave a TedTalk in May 2016 that discusses this balance.

“Many successful people are passionate, but often their passion developed alongside their success, rather than coming first,” Todd said. “Steve Jobs started out passionate about Zen Buddhism. He got into technology as a way to make some quick cash. But as he became successful, his passion grew, until he became the most famous advocate of ‘doing what you love.'”

This is evidence, Todd said, of working to find something that helps grow a passion, so that work-life is enjoyable and successful.

To find a balance between the paycheck and of doing a job that is enjoyable and long-lasting, it’s important for students to look beyond a paycheck. Instead, they must be open to finding new passions and working to establish their careers based on those passions, rather than pursuing money alone.