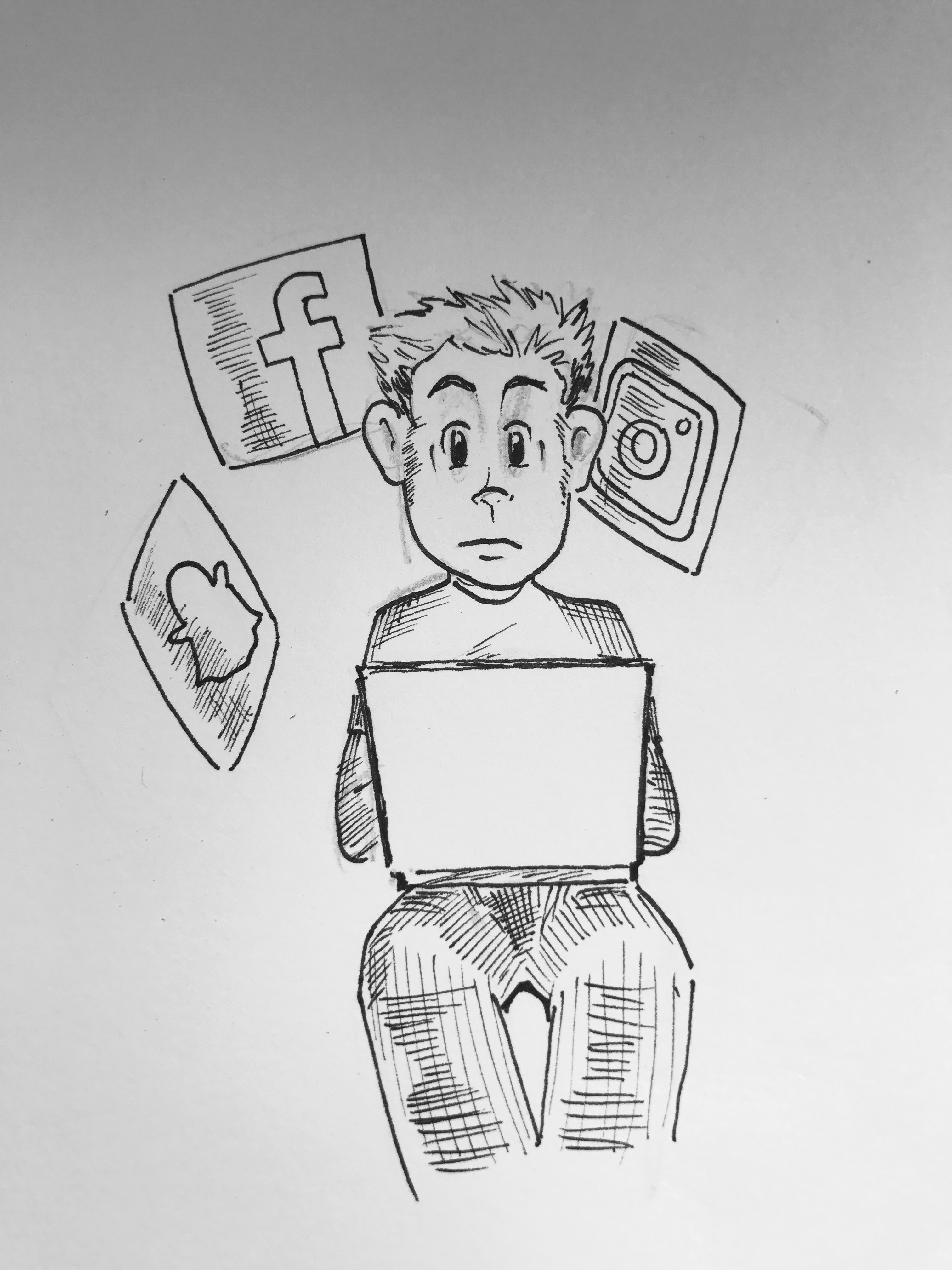 There are many competing ideas on the effects of our digital age. Technological advancements, especially surrounding the Internet, are blamed for nearly every social problem — procrastination, isolation and economic failures, for example. However, panic is the wrong response to these problems. It is vital that society accepts these changes and works toward solutions.

Procrastination seems to be easier because the internet is a distraction. People seem to prefer communicating online as opposed to in person. The music industry might fall apart because it is too easy to steal music online.Technology is not the cause of these problems. The underlying issues existed all along, but they were less spotlighted.

This spotlight is a good thing. With so much attention on these issues, more and more people are acknowledging them. Now is the time to address the problems and work on solutions. Researching the effects of social media and internet consumption is extremely important, but panic should be avoided in all instances.

For anyone trying to get anything done, the internet is a huge distraction. However, the problem is not the internet but the misuse of it. Learning to concentrate is a practical skill, and past generations have had to learn the same lesson, just in a different way.

“Online communication — email, instant messaging, chat rooms, etc. — does not replace more traditional offline forms of contact — face-to-face and telephone. Instead, it adds on to them, increasing the overall volume of contact,” according to Barry Wellman’s article, “Connecting Communities: On and Offline” published Aug. 24, 2016 by Contexts.

Another common complaint against the Internet is the effect it has on the entertainment market. Music is easily stolen, companies like Netflix have buried traditional cable, and people are simply used to receiving content for free. What would make them want to pay again?

But people are doing just that. “In the last few years, and with greater intensity in the past 12 months, people started paying for online content. They are doing so at an accelerating pace, and on a dependable, recurring schedule. According to Farhad Manjoo’s article, “How the internet is saving culture, not killing it,” published March 15 by The New York Times.

What’s happening with entertainment and culture is exciting. “Two hundred years from now, give or take, the robot people of Earth will look back on the early years of the 21st century as the beginning of a remarkable renaissance in art and culture,” Manjoo’s article states.

If it is anything humans are naturally good at, it’s adapting — some less than others, but over time we do not regress. Like all technological advancements, society will adapt to use it in an effective manner.

There are side effects and there are downsides, but these problems need to be solved, not avoided. The worst thing society can do is rebel against advancements and panic in the face of change. Ultimately, panic only hurts progress; it puts off solving problems and actually causes more harm because too much time is spent warning against change as opposed to productively acting.