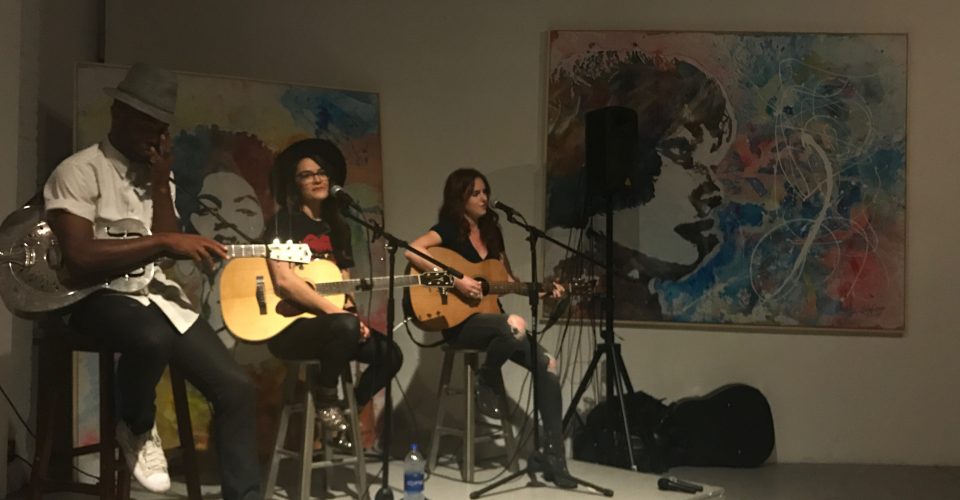 A Nashville Writer’s Round is a group of singer-songwriters who get together to take turns playing their songs and telling the audience the story behind them. This unique Tennessee experience was brought to Venice, California on Nov. 1 at 8 p.m. when country-pop artists Jenny Teator, Sheridan Gates and special guest Runson Willis III performed at Fabric Studios, which is run by Fabric Media.

“When I first moved to Nashville and learned about a Writer’s Round I didn’t think it was very exciting, but now that I’ve performed in one I understand how special they can be,” Teator said. 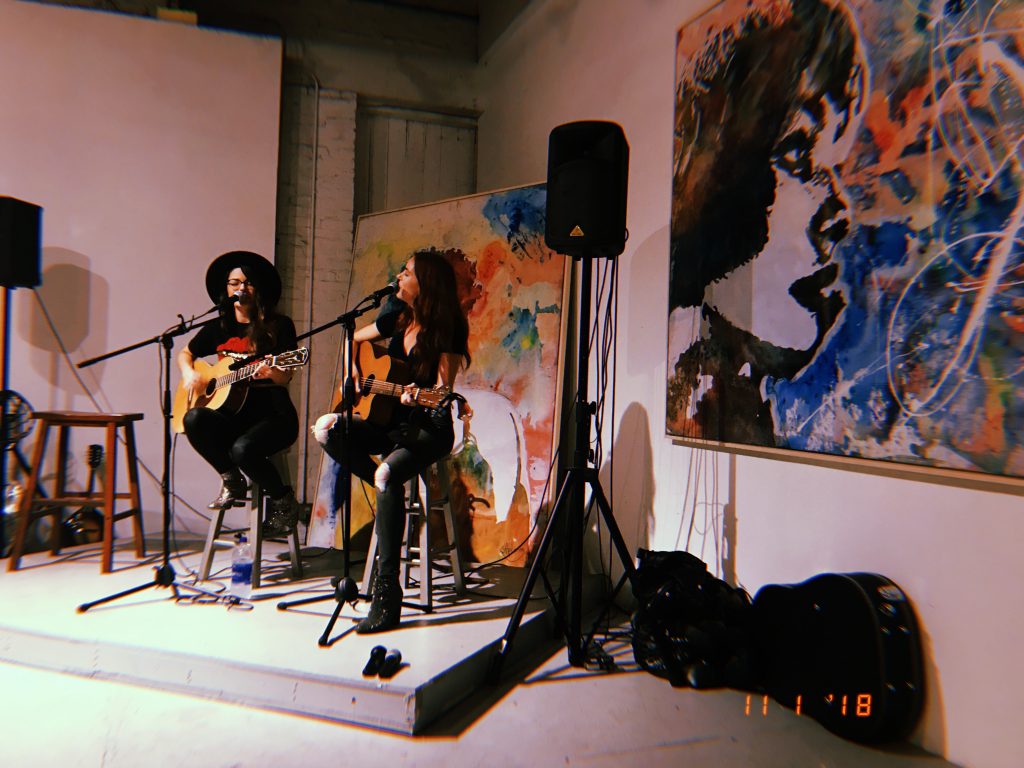 Fabric Media is a creative communication and business acceleration, according to their website. They have created a creative space for performers to come and feel as if they are a part of the community through their venue in Venice, known as Fabric Studios. Their space made for a small, intimate setting that was key for the acoustic guitar night.

“This made for a more personal show and better understanding of the music,” junior Juliana DiMeglio said.

Teator said she has been singing and performing since she was a child in St. Louis, Missouri but later moved to Nashville to pursue her music interests. She was previously a part of a band, Jenny Teator and the Fevers, but now performs solo. All of the songs she performed on Thursday night were filled with spunk and were originals written by her.

“It’s nice to get back to our roots,” Teator said. “No band, just us. You can really hear the music in this space.”

Gates said she has also had a strong interest in music since she was a kid in New Jersey. Her journey took her to New York and later Nashville in an effort to pursue the music. Several of the songs performed on Thursday night gave the audience a sneak peek into her debut, self-titled EP which has been recently released. 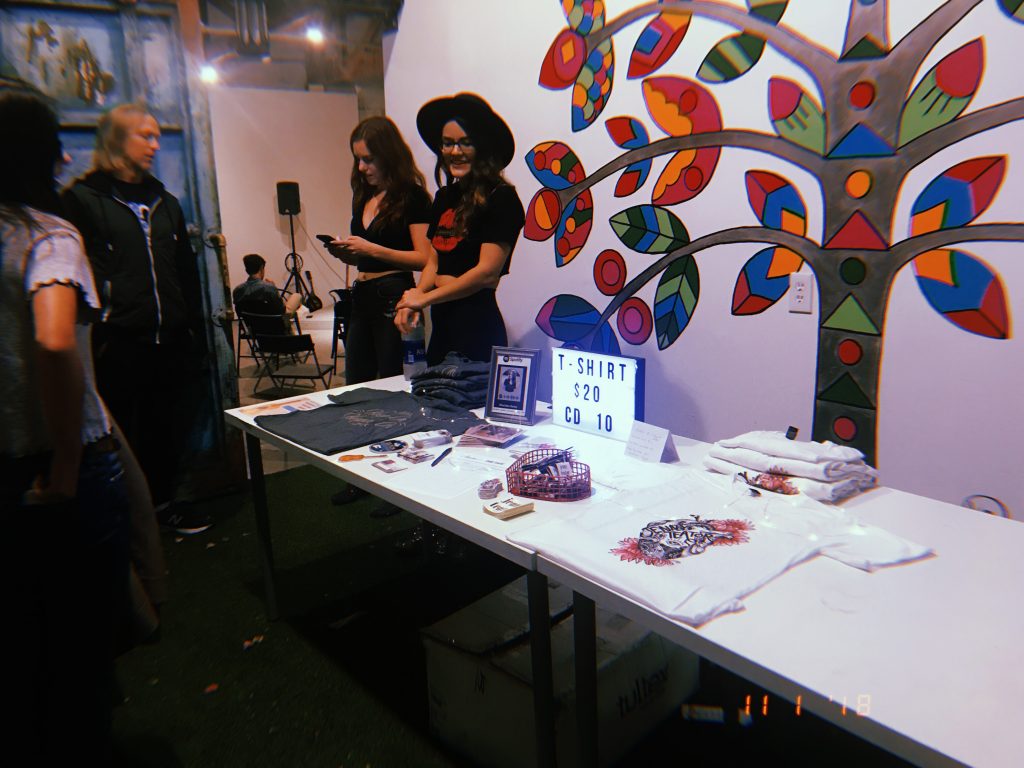 “When I first passed through Nashville, I felt a true sense of clarity that this was where I was meant to be,” Gates said about her journey.

Willis was the third performer of the night and brought his talent on the steel guitar. He has been performing for over ten years and gathers a lot of his inspiration from Isaac Hayes and Willie Nelson, according to his website. DiMeglio said he had a very distinct voice and sound which translated well throughout the show.

Teater and Gates have been on a two and a half week tour performing together throughout the west coast. The show at Fabric Studios was the last stop on their tour before going back to Nashville and Willis was their special guest for this specific show. All of the artists were able to chime in and contribute to the songs and performances to each other. 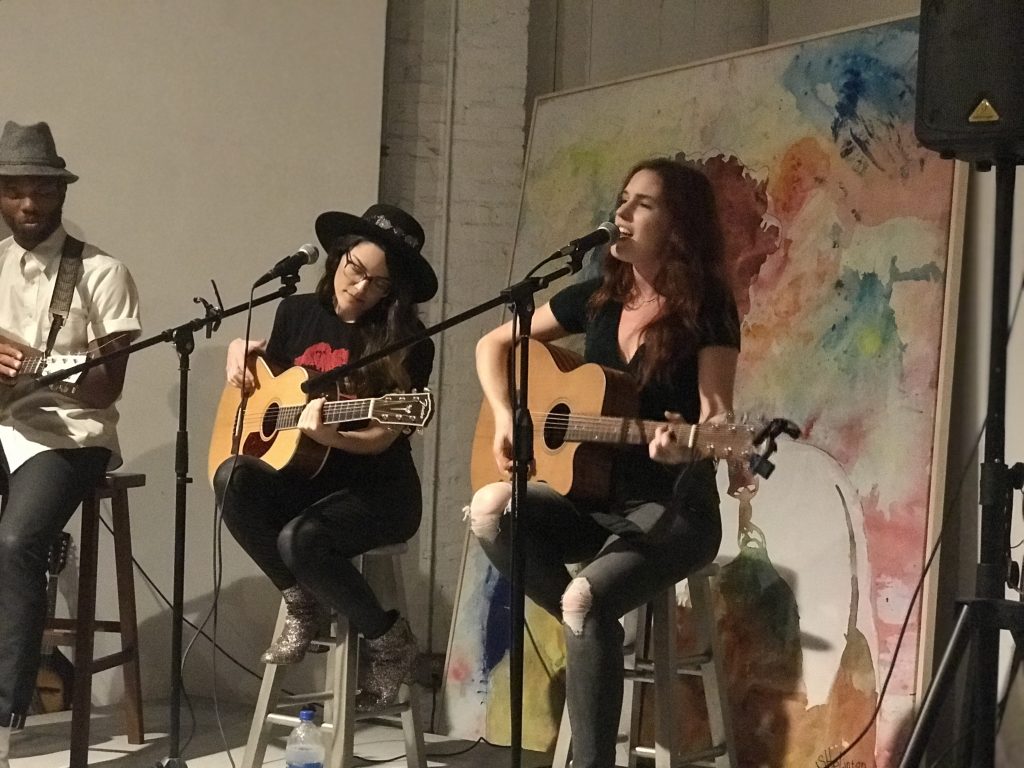 Teator and Gates are now headed back to Nashville and will continue to pursue their music wherever it takes them.

Breaking News: Multiple Shot at Nearby Borderline Bar and Grill 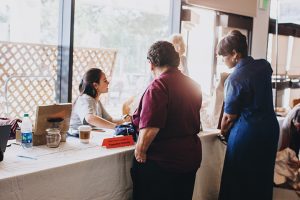 Photos by Alexx CausleyThe Pepperdine Legacy Partner's annual Fall Festival on Nov. 2 was their first fundraiser since their...
Copyright 2018 Pepperdine Graphic
Back to top