Athletes compete in the classroom 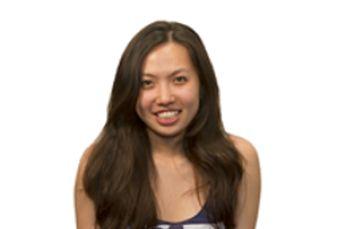 The term “all in a day’s work” has a weightier connotation for the Waves student-athletes than many of us may realize. The pressures of the job is two-fold — to balance scholastic as well as athletic achievement. Pepperdine’s own athletes have seen considerable success; the latest statistics released by the NCAA Graduation Success Rate report in October 2012 ranked Pepperdine University as No. 1 in Southern California.

According to Director of Athletics Steve Potts, the impetus of such success starts as early as recruiting.

In the recruitment process, Pepperdine holds itself to high academic and athletic standards and examines personal performance and motivation to identify student athletes who can be successful.

From coaches to staff members to academic services, every section does its part. Academic services is the division of athletics that is specifically responsible for overseeing the academic progress of student athletes to ensure they have the best support possible.

Potts emphasized the key role that the faculty play in their commitment to good relationships with students. He said it’s one of the “greatest assets” at Pepperdine, and it affords students the “best academic support possible.”

Athletes face the struggle of maintaining the precarious balance between school, sports and a social life. Freshmen on the men’s tennis team, Stefan Menichella and Alex Giannini, offered a perspective on adapting to life at Pepperdine as student-athletes.

Their lives include long practice hours in addition to class time and study hall hours. They also face the challenge of adjusting to an intense level of academics and athletics. They said it requires sacrifices that may not be obvious to those not in their situation. For example, coaches enforce everything from strict dietary rules to academic and athletic standards.

The NCAA enforces academic eligibility standards of a 2.3 core-course GPA for freshmen, but Pepperdine coaches step it up a notch.

“[Coach Steinberg] says it’s a disgrace if we don’t get above a 2.5,” Giannini said.

Steinberg is not only the one with high standards for his team. Men’s volleyball Head Coach Marv Dunphy sai academics are something he heavily emphasizes. The NCAA awarded men’s volleyball with the public recognition award five times in recent years. The award is given to school sports teams that fall in the top 10 percent in terms of Academic Progress Rates, nationally.

According to Dunphy, the importance is in teaching his guys how to stand on their own two feet. “There’s some things more important than volleyball, but at the same time it’s being ready to go when it’s the time to go,” Dunphy said. “If you’re at the arena and the whistle blows, it’s time to go, whether it’s in academics, faith or volleyball … the better athletes do well in all parts of their day.”

Other teams that have seen academic and athletic success are women’s swim and track. Women’s swimming and diving landed All-Academic Team honors by the College Swimming Coaches Association of America and had the highest GPA of their conference last year. The team has had the top scholar-athlete at Pepperdine and in the nation for the past three years. Head Coach Nick Rodionoff emphasized the importance of time management, staying healthy, having a great attitude, maintaining balance and helping his athletes accomplish as much as they can within their four years at Seaver College.

In the past seven seasons, the cross country team has had 36 WCC All-Academic honorees and 133 WCC Commissioner’s Honor Roll recipients (an average of 19 per season).

“Our cross country and track teams focus on developing students consistent with Pepperdine’s mission — strengthening them for lives of purpose, service and leadership,” coach Robert Radnoti said. “Our student-athletes are exactly that: students first. I am very proud of our accomplishments. One of our goals this season is for every member of our WCC team to make the All-Academic Team. I think we can do it.”

Staff Editorial: Should we panic after our ratings dropped? 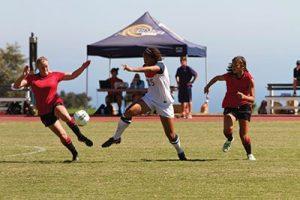 Photo by Marisa Padilla Although they compete in different sports and in different parts of the United States, the University...
Copyright 2013 Jupiter Premium Magazine Theme
Back to top