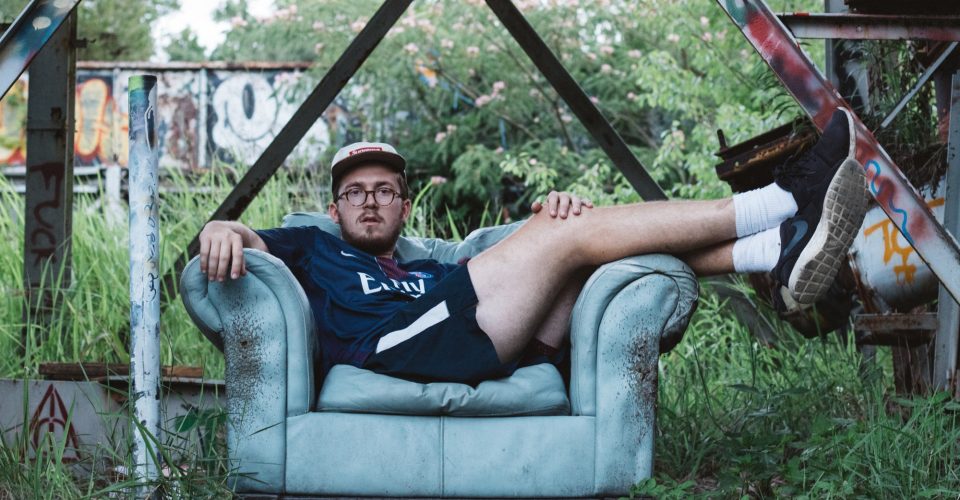 For junior Rowland Evans, high school was always a battle between pursuing his dream of becoming a music producer and getting his schoolwork done.

“I’ve been making music since I was 13 years old, playing in night clubs since I was 14, traveling the country by 15-16 for shows, and during that time, my whole relationship with my high school was a negative thing,” Evans said. “It was like ‘Oh, you’re not getting your schoolwork done.’”

Evans, an Orlando native, is an English major at Pepperdine. He spent the past two years making songs for several different record labels, including collaborations with DallasK, Milo and Otis and Henry Fong. His songs can found on Spotify and SoundCloud under the username “RowlandEvans.”

For the first time since becoming a music producer, Evans said he feels comfortable in his academic situation.

“I never felt like my high school was really supporting what I was doing,” Evans said. “But when I came to Pepperdine I got a personal note from the Dean of Admissions that said ‘I’m so excited for you to come and see what you can do with music at our school.’ That was the first time my work was being applauded by an institution, and I felt valued because of it. That was special.”

Due to the typically late-night hours of night clubs, where Evans did a lot of his shows, he adopted a bizarre sleep schedule from the outset.

“There were a lot of nights in middle school and high school that I didn’t get to play until, like, 1 a.m. on a Wednesday night,” Evans said. “I’d get home at 3 in the morning and I’d have to be at school at 7:30 a.m. So I’d shower, drink a bunch of coffee, then go off to school. I wasn’t getting paid much, but I had to bust my butt so people would know who I was.”

Evans got his start in middle school when he began to research how his favorite songs were made. “When I was 14, this friend knew a guy, Chris Bushnell, that DJ’d in downtown Orlando at a night club,” Evans said. “I hit him up on Facebook every single week, but he kept curving me. Eventually he responded, like, ‘alright, come at 9 p.m.’ So I showed up before anyone was there, but I was wearing shorts and Sperry’s … to a nightclub … it was so stupid.”

After returning every week in appropriate attire, which included black skinny jeans and sneakers, Rowland said he learned the rules of the club and eventually became a frequent performer there. “Chris became my greatest mentor and one of my best friends,” Evans said. “He’s also how I met everyone I’ve collaborated with. I was always just the young kid. I tagged along with them, went to Miami with them when they were playing there, and then I started getting booked in Miami.”

Evans describes the music he creates as “pulsating” and “quirky,” and said he likes to live his life the same way. He shows his personality on stage and in the recording studio by often wearing sports jerseys and flat-rim hats. Evans stands when he works, dancing in place and sometimes leaning down to look at his computer through retro spectacles. 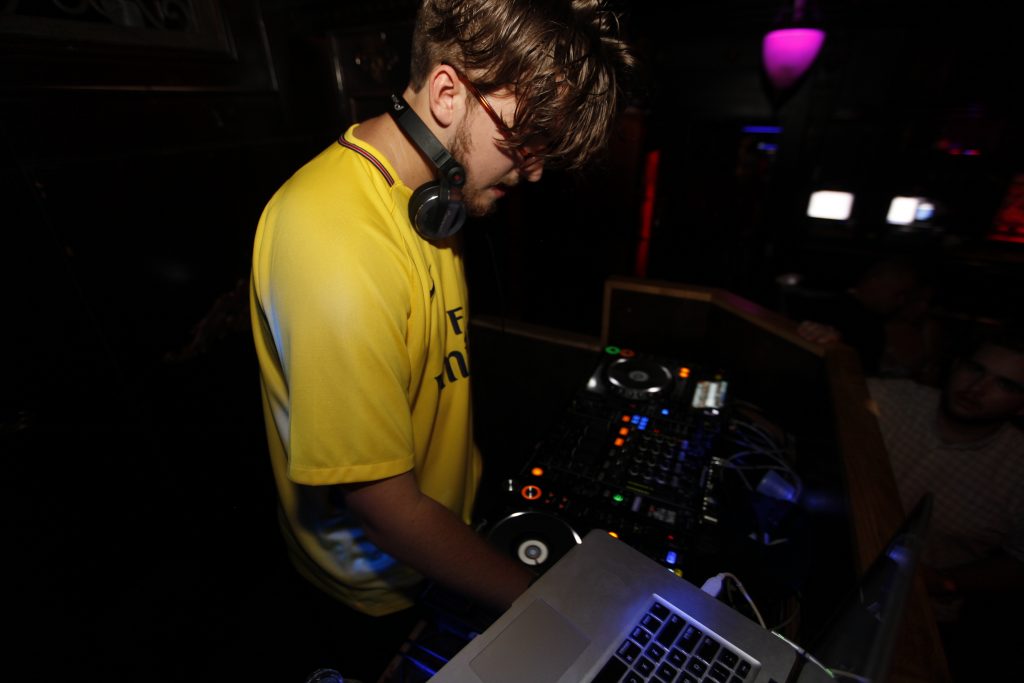 “There’s this path that’s pre-made, and if you’re not going down it, you’re somehow a counterculturist,” Evans said. “But in reality, the people who are actually creating the stuff that everybody loves, they’re living very differently from the rest of society.”

For the past last two years, in the various dorm rooms he’s lived in at Pepperdine, Evans kept only one thing on his desk: a mix-deck. “Working out of a dorm is terrible,” Evans said. “I mean, I made a bunch of music in my dorm the last couple of years, but I was always keeping my roommates up. It’s just a major creative damper.”

This semester, Evans moved to an off-campus apartment where he has his own room which he “tricked out” to be a production studio. “My new apartment, that’s where it’s gonna go down now,” Evans said. His mix-deck is now accompanied by a 24-inch monitor and a stereo system, a step up from his days of making songs out of his humble dorm room. 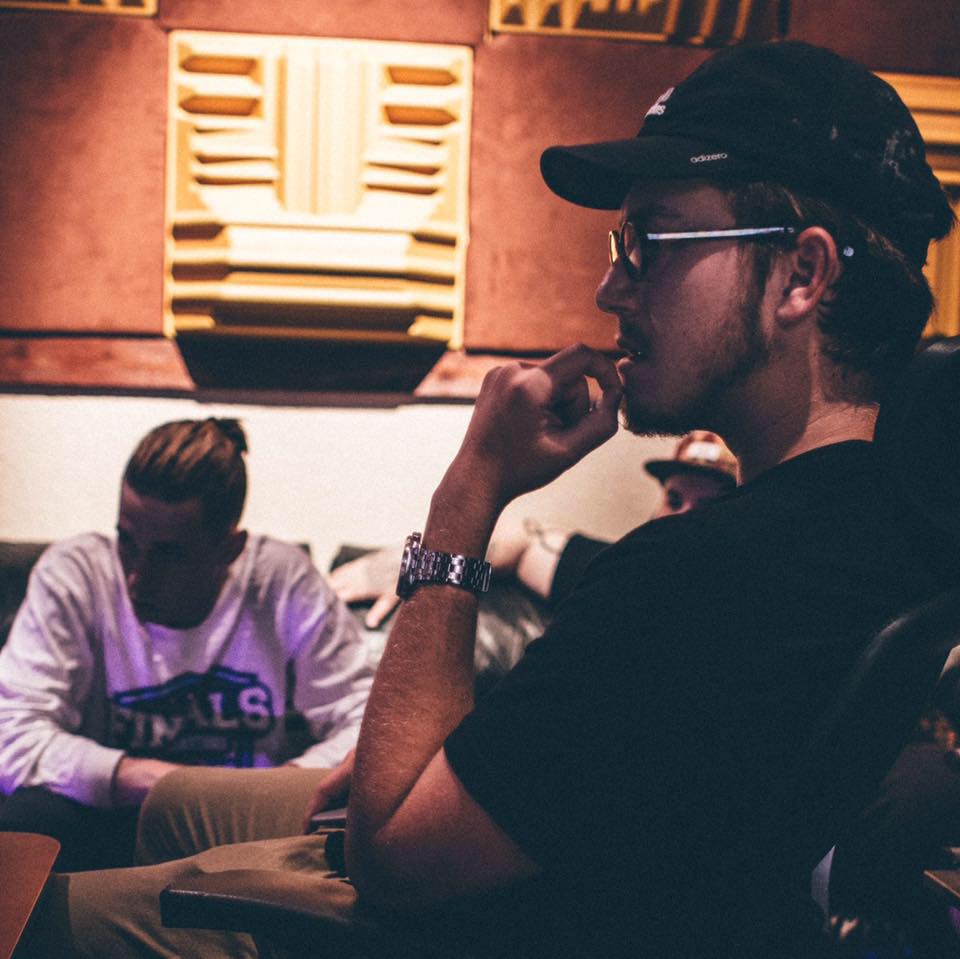 Doing well in school and being successful in music can sometimes be mutually exclusive, but Evans, fortified by his high school experience, said he is not dissuaded.

“The only reason I’ve gotten where I am, I’m not saying I’ve made it, but it’s because I have refused to quit,” Evans said. “I’ve met so many people over the years who started making music and then people start giving them crap, and they just stop. They give up on their dreams. I’m not gonna do that.”

In the time being for Evans, it’s back to the mix-deck.

Know When to Say No 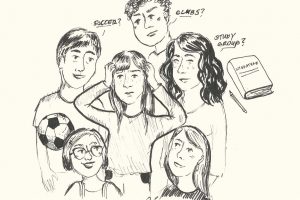 Know When to Say No

Art by Ally ArmstrongWith the semester just beginning, campus is getting back to its normal, bustling self. Students are getting...
Copyright 2013 Jupiter Premium Magazine Theme
Back to top