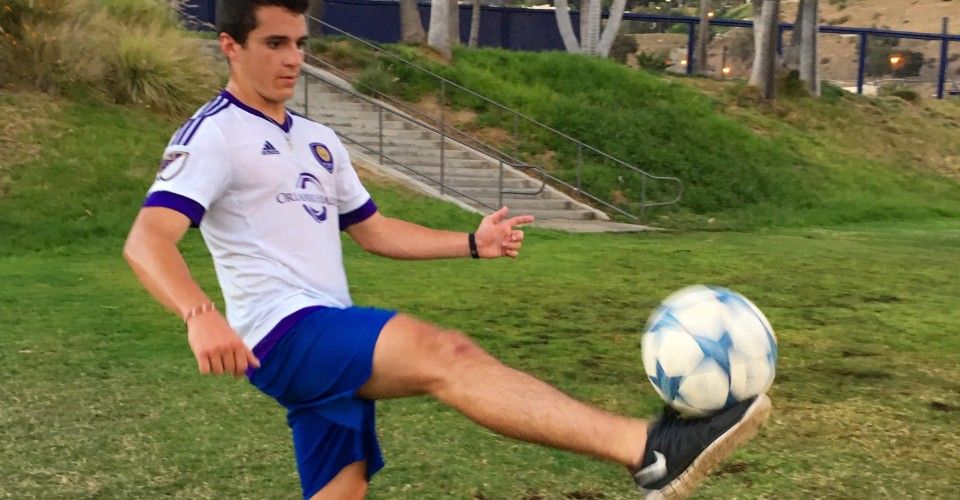 Watching him play a pickup game with friends, one might never guess Anthony Wells was a dedicated soccer player. Sure, he was having a great time, smiling and joking around, but he didn’t appear to be taking things too seriously.

Then, somebody announced they were going to start keeping score and in a split-second, Wells transformed from an average college student into a stone-cold assassin. He was a one-man-show, performing both crucial defensive stops and killer strikes on his opponent’s goal. Clearly, this is a man for whom soccer is more than just a sport.

Don’t believe it? Ask his Pepperdine club soccer teammate, freshman Manuel Velazquez de Leon, who said Wells’ strange ability to turn off and on his killer instinct is imperative to the sport.

“I think [his player instincts are] extremely important because they can throw off defenders and catch them off guard, which is obviously something Anthony has experience in,” Velazquez de Leon said.

It certainly makes sense that Wells, a former member of the Graphic Sports staff, would adore soccer: He comes from Brazil, a country that not only has produced many of the game’s legends, from Pele to Neymar, but also possesses more World Cup titles than any other nation on the planet. Wells said that growing up in Brazil meant soccer was simply a way of life.

Wells was raised in an apartment complex in Sao Paulo, Brazil’s largest city, and he would play often in the building’s indoor soccer facility with his friends as a child. In fact, he said he still plays with his neighborhood friends every time he returns home from Pepperdine.

Although Wells said he had dreams of playing in Brazil’s top flight, so does every other kid in Brazil, and the competition is steep.

“Oh man, you have no idea how hard it is to become a soccer player in Brazil. I was always good enough to play competitively with my friends, but playing at club level in a country like Brazil, it’s only one in a million that make it,” Wells said. “I always wanted to play. If I had the skills, who wouldn’t want to? But it’s not the reality.”

Wells still played soccer in high school and continues to participate with Pepperdine’s club team, but he found another passion in his teen years: theater. However, he soon grew tired of that scene and quit after his freshman year at Pepperdine, instead pivoting toward NewsWaves, Pepperdine’s twice-weekly news broadcast. There, he thrived working in television. Wells said his experiences in acting and on the pitch have helped him excel in front of the camera.

“Here’s the thing: I’ve always been interested in theater, and I’ve always been interested in soccer. But I never knew that the two things could be interrelated so closely,” Wells said. “If you think about it, journalists and reporters are actors to a certain extent. They have to improvise. They have to toss back and forth to other reporters and to anchors, to have to banter and react about stories, they have to simply put on a face, if you will. You could be having the worst day of your life, but you can’t convey that when you talk about the Dodgers winning, or the LA Galaxy winning.”

Cesar Uribe, coach of the women’s club soccer team at Pepperdine, said Wells’ lifetime of playing and watching soccer should give him a leg up in the broadcasting world.

“I think Anthony should be fantastic on television,” Uribe said. “Number one, the level of understanding for the game. If you know how to play well, of course, it’s gonna make you a good broadcaster. And he knows how to play the game.”

So, what is Wells’ goal now? Although he claims he’d be perfectly happy being on-camera in any aspect of the television news industry — even as a weatherman — his main dream is to be a reporter or anchor for Fox Soccer or the BBC, traveling around the world to cover football leagues and tournaments, especially the World Cup.

Of course, regardless of how his career turns out, Wells hopes to keep playing soccer with his friends as long as his body allows. That is, as long as nobody makes him play goalie.

“That’s a position that I’ll never touch. I hate getting the ball kicked at me,” Wells said. “I’ve had some bad experiences back in the day with a ball kicked at my face. It’s not for me.” 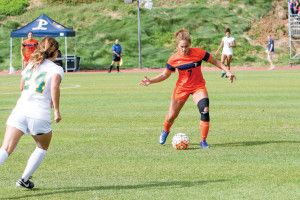 Photos courtesy of Stephanie Chaisson The No. 19 Pepperdine women’s soccer continued their winning ways with a 2-1 win over...
Copyright 2018 Pepperdine Graphic
Back to top