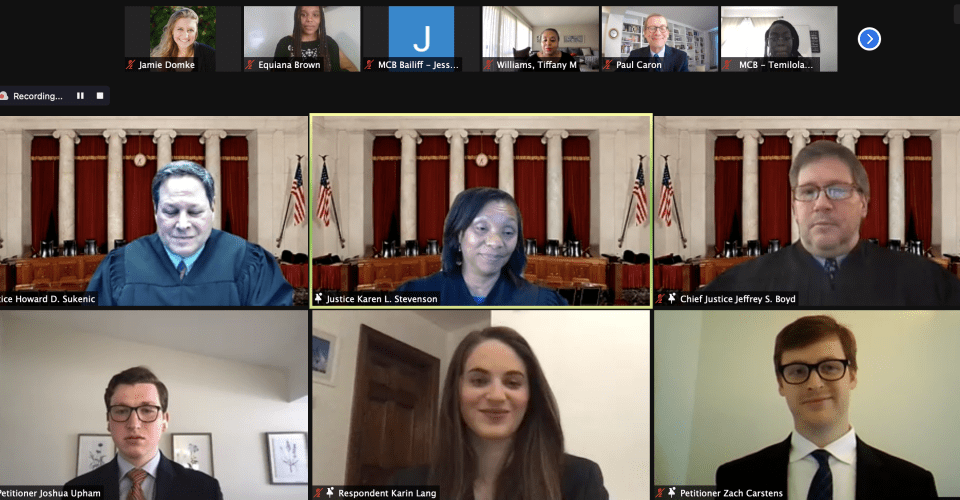 Each year, first-years, or 1Ls, at the Caruso School of Law compete in the annual Moriarity Moot Court Competition in the spring. While this event is typically hosted in-person in Malibu, the pandemic moved it to the online platform a week before the competition last year. After a full year of learning how to utilize Zoom to its fullest potential, the student-led Moot Court Board is prepared to run its largest annual competition online March 25-31.

“[The competition is] a really great way to practice oral advocacy in a low stakes environment before you’re in trial or in a tryout for the moot court team,” said 1L Emily Olsen.

Jaimie Domke, student life and advocacy coordinator for the Caruso School of Law, said the competition is structured where each breakout room acts as a courtroom. Through this virtual format, the competition is also able to utilize the Zoom waiting room, Google Form scoresheet, the Zoom spotlight feature and a live transcript through Zoom for students with accessibility needs.

“Basically, we can still run the competitions very similarly to how we would have in person because of the different features in Zoom,” Domke wrote in an email to the Graphic on March 18. “We have had to do a lot of research to make sure the Zoom meetings run smoothly and we’ve had to schedule our competition a certain way.”

Moot Court Board Selection Chair and 3L Joshua Upham said he thinks the virtual format of moot court competitions levels the playing field for everyone and reduces the stress of travel.

“You go from people who have experience competing and doing competitions in person — and there’s obviously a lot of little nonverbal things that you do, like how you do your facial expressions or ways that you respond to and look at the judges and make eye contact and stuff like that — and that’s totally different now,” Upham said.

Upham noted that a consequence of the virtual format is the missing competitive ambiance.

“When you have it in person, it’s a very different atmosphere in the school on that day because everybody’s walking around in suits, everybody is kind of nervous and on edge, and you see people over in the quarters practicing their arguments to themselves,” Upham said.

The competition is including volunteers from the community to play a role, said Moot Court Board Chair and 3L Equiana Brown.

“We’re bringing it back to volunteers; so now, we’re going to have people’s moms and brothers and people virtually popping up,” Brown said. The volunteers will act as bailiffs and timekeepers for the rounds, Brown said.

After participating in the preliminary round of the moot court competition March 25, Olsen said she found the volunteers and feedback to be helpful.

“I thought it was really cool how many volunteers they had and how many people were willing to help us,” Olsen said. “Even the critiquing and stuff afterwards was so helpful and kind, it wasn’t mean, but it was very helpful to really understand how you can be a better oral advocate for those you’re advocating for.”

The competition topic is on the issues of police and corrections officers’ qualified immunity under the Fourth and Eighth Amendments in the United States Constitution, and it was carefully selected by a team of law professors.

As someone who partook in the Moriarity Moot Court Competition her first-year to now running the event as a third-year on the board, Brown said she finds this competition to be special because of the visible evolution of the students’s skills throughout the event.

“It just starts off as an assignment, something general, and then as students get a taste for it — a buzz — then they start to grow and evolve and you see it throughout the whole competition as each stage goes on until it ends in the final round,” Brown said. 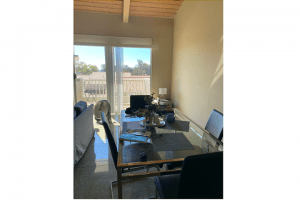