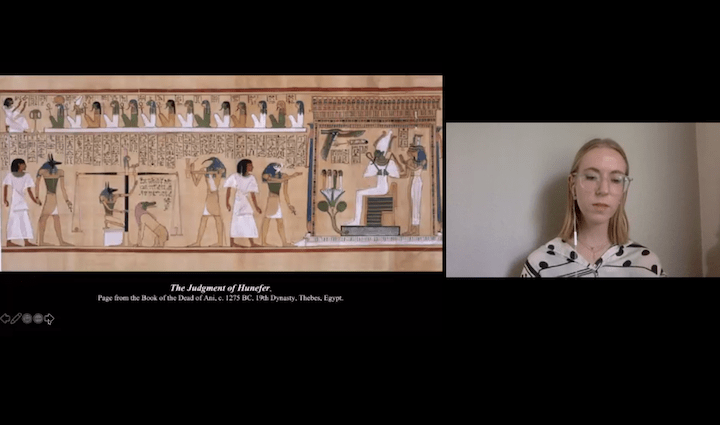 Lydia Parker discusses how female pharaohs used art and textual work to create a new identity for themselves.

Students and faculty joined together to present “An Evening with Pepperdine Fine Arts,” on Friday, April 17. This free virtual event, held live over Zoom, gave students an opportunity to perform remotely, due to the cancellation of their on-campus events.

After an introduction by President Jim Gash and Musical Director Pierre Tang, instrumental performers, studio artists, actors and vocalists took the screen to showcase their talents.

Sophomore Music major Miles Goosby was the first to perform from his home in Virginia Beach. After spending 12 years honing his passion for the cello, Goosby decided to switch his major from Sports Administration to Music with an emphasis in Cello Performance.

“This event is a really great opportunity to incorporate a lot of different student performers,” Goosby said. “A few of [the performers] are from the original performances that were supposed to take place before we had to leave campus, but there are a lot — like my piece — that have been added.”

Goosby chose to perform Prelude from Cello Suite No. 3 in C Major, BWV 1009 by J.S. Bach from his six Cello Suites or, in Goosby’s words, “The Cello Bible.”

“In the difficult times that we are in now, I thought it would be best for me to play something uplifting,” Goosby said. “Bach’s music is very inspiring and enlightening. The piece I chose has this grand overarching theme of warmth and pride that really carries throughout.”

Prof. Tang invited Goosby and other students to participate in the event, allowing them to select their own pieces and coaching them before the event, Goosby said.

“One thing we [musicians] value a lot is time to internalize the music,” Goosby said. Now that I have all of this time on my hands I have time to do that and read pieces of music that I haven’t played before.”

After the instrumental performances, senior Art History major Lydia Parker presented her research on female pharaohs in ancient Egypt. Parker said she started this research in her junior year at Pepperdine, but her interest in ancient Egypt spiked when she was a child.

“What I really wanted to do was present the facts of who these pharaohs were as rulers,” Parker said. “I think it’s a shame when we trivialize the power, intelligence and strategies of these rulers — specifically with Cleopatra — because there’s this romanticized version of them.”

Parker’s research is specifically focused on Hatshepsut and Cleopatra, who reigned 1,500 years apart from each other. Despite the large period of time between their kingships, they shared many similarities, showing that history does not always change, Parker said.

“These are really strong, complex, and interesting women who had to put a lot of work into how they could manipulate their identities to fit the expectations of a traditional Pharoah — and it wasn’t necessarily by choice, either,” Parker said. “It’s important to me that we don’t get lost in modern interpretations of them.”

Parker said she was happy to have the opportunity to present her work, emphasizing the importance of learning from the lessons left behind by the Ancient Egyptians. 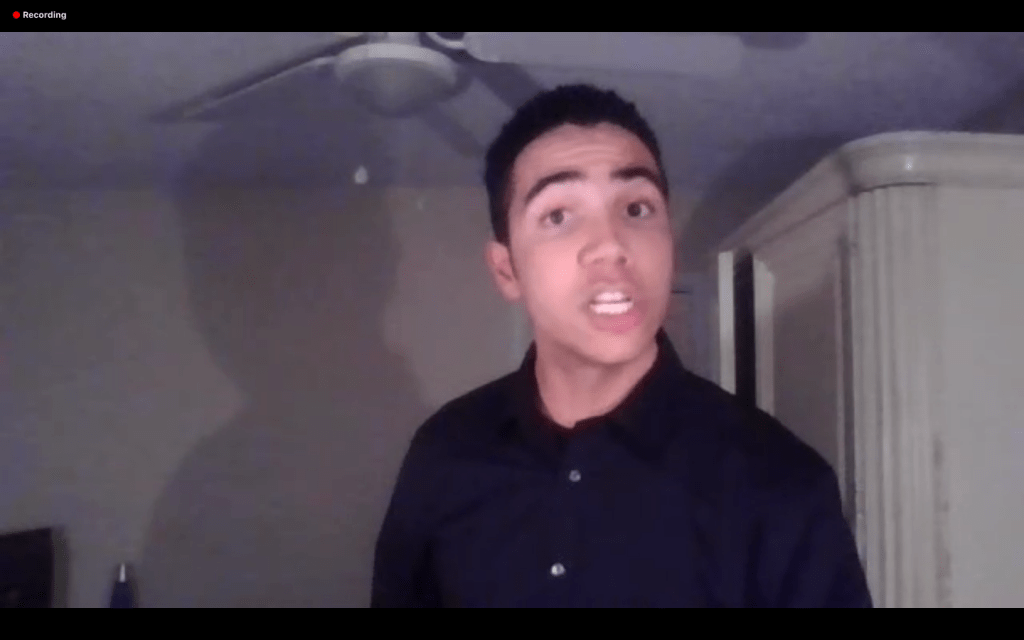 Theatre students also took the virtual stage to entertain viewers. Three students performed pieces from The Cherry Orchard, Pepperdine’s on-campus spring play before it was canceled due to COVID-19. The other two performed monologues by playwright August Wilson.

“Wilson was a very important playwright who wrote a play for every decade of the twentieth century, chronicling the African American experience in America,” Fredenburg said. “This is important to me because his stories should be told and should be known.”

With seven years of performing behind him, Fredenburg said he hopes to pursue a career in screen acting or writing after he graduates. He said this event is a nice opportunity for students like him and others who no longer have the chance to perform in the spring play or attend the summer theatre program in Edinburgh.

“I think it’s really cool that we get to do this event and have our pieces seen by people — even if it is just from our living rooms,” Fredenburg said.

What I Learned About Relationships While at Pepperdine: From the Relationship IQ Intern Team

Inside a Workplace Sexual Assault Allegation: The Internal and External Investigations of the Department of Public Safety 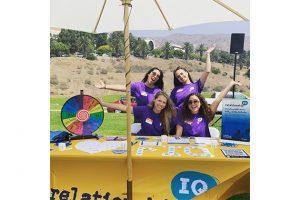 What I Learned About Relationships While at Pepperdine: From the Relationship IQ Intern Team