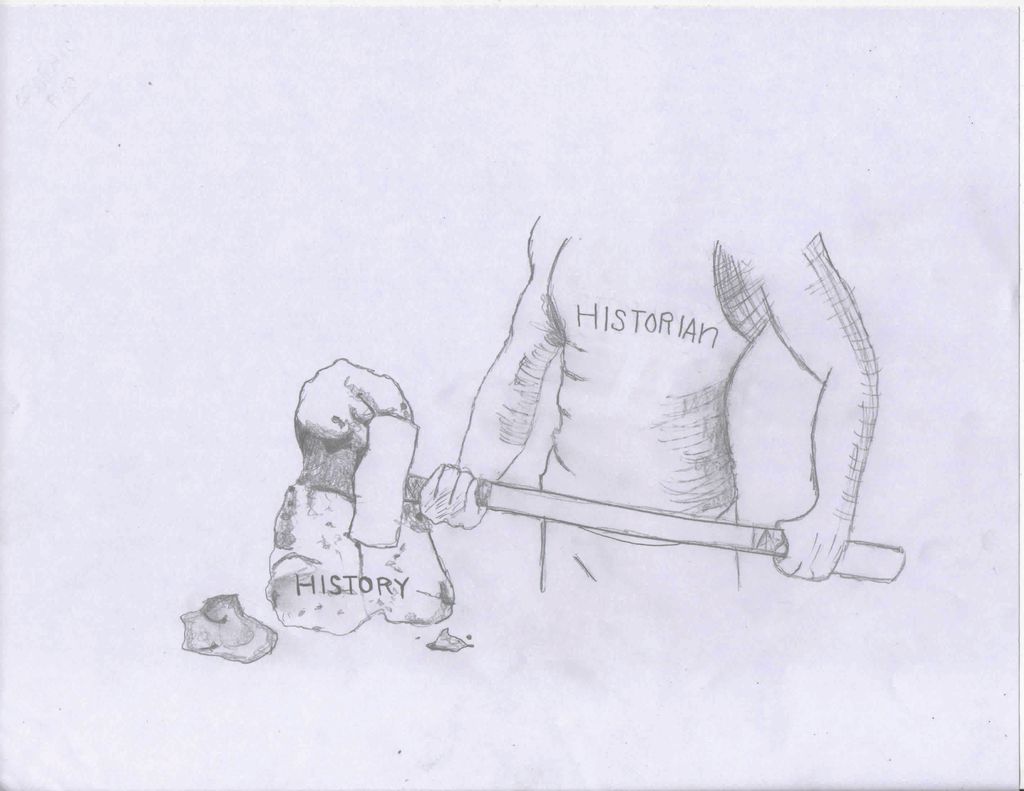 The wind soared past my window as I rode in my grandpa’s red Chevy. Rows of corn waved by as we cruised down country roads. I listened to my grandpa as he told me the history of every nook and cranny we could see. “Over there’s where my parents’ house used to be, and here is where my grandparents lived. My grandma used to make me pie every day.”

He went on to take me to the old Native American grounds near the Mississinewa river in Indiana. He took me to their cemetery and to their old schoolhouse, but what he never told me was what happened to them or where they went.

It felt as if he could ramble about history all day, but never would he have told me that the Native Americans were gone from his town because of white people. He would have presented a singular, limited perspective of history that wasn’t quite true. The same happens in American history education today.

Ideally, history should be taught and presented in a real way, one that engages people personally and powerfully. I know that my own education of history has been in the linear-narrative sense: It all began in 10,000 B.C. (great movie, by the way) and through the leadership of great people (mostly white men, apparently), we are here, in America, the only country to embody freedom, democracy and fast food. That’s it, people! America solved history’s problems.

Seriously though, we’re taught history in a way that emphasizes some parts of history, like the founding of America, while diminishing other parts, like the destruction of Native American cultures. From elementary school until 12th grade, we get the same formulated history, from point Columbus to point Obama, and never see the real story.

Michael Conway discussed history classes in his article, “The Problem with History Classes,” published on March 16, 2015, for The Atlantic. He said, “History is anything but agreeable. It is not a collection of facts deemed to be ‘official’ by scholars on high. It is a collection of historians exchanging different, often conflicting analyses.”

His argument focuses on this linear telling of history in schools, on its false objectivity, written by a “muddled consensus of boards, legislatures and think tanks,” that strangles the truth from history’s multifaceted narrative. History is a story of perspective, of seeing events from viewpoints that highlight and hide different details.

This is an incredible shortcoming of our culture, as we don’t get to connect to the moments in the past that truly made our nation what it is. It’s as if history isn’t important at all in the minds of those boards and legislatures, which must make sure that students measure up to a federal or state standard, instead of designing programs that ensure students learn history and don’t just pass it.

An article by Andrew Romano called, “How Ignorant Are Americans?” for Newsweek on March 20, 2010, reported facts produced by a Newsweek quiz: “Twenty-nine percent [of Americans] couldn’t name the vice president. Seventy-three percent couldn’t correctly say why we fought the Cold War. Forty-four percent were unable to define the Bill of Rights. And 6 percent couldn’t even circle Independence Day on a calendar.” This is an example of civic ignorance that results from a lack of awareness and understanding of history. Without a proper understanding of the past, one can’t maintain a positive, integrated position in society.

A possible solution could be to make history class incremental. Each year or semester, students could learn a different segment of history and explore it in-depth. It would allow students to read personal journals of enslaved people in the Antebellum period or find out why we thought it was necessary to use a nuclear bomb in World War II.

All of our concerns and issues today have a source, and historical perspective can show us that source. History is more than realizing the faults of the past; however, it can help us see what we did not before. Maybe we would learn how consumerism started, why racism isn’t gone yet and why technology is integral to American society.

I think if I could go back to the Native American grounds where my grandpa took me, I would want to know something more about what happened there, why there are only burial grounds instead of a lively community and why white people visit the place like it’s a novelty.