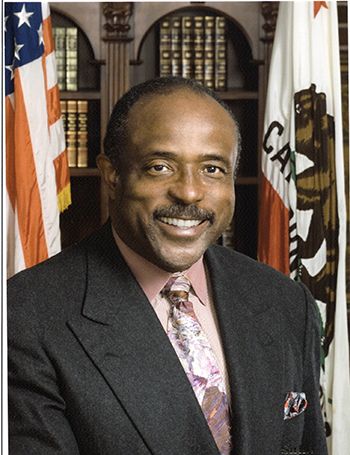 Former Wave state Sen. Roderick Wright of Inglewood, a Democrat, made splashes in Sacramento, Calif., after recently being convicted of eight accounts of voter fraud, perjury and a false declaration of candidacy. He faces a maximum prison sentence of eight years and four months.

On Tuesday, Jan. 28, in a scandal that freshman Robbie Robles referred to as “Wright-gate,” Wright became the first member of the Legislature to be found guilty of a felony since 1994.

The jury discovered that Wright voted fraudulently on five accounts in the 2008 and 2009 elections; they also found that he lied about his address on voter registration documents in 2007 and 2008. According to California law, candidates must live in the district they hope to represent. Officials discovered that Wright did not appear to be living at his home in Inglewood -– the district he sought to represent . His proof of residency instead matched a home in Baldwin Hills.

“Being a political science major, I’ve started to see how in politics these things aren’t that rare,” freshman Joe Osgood said. “They happen all the time. It’s going to be a hard time because he’s from Pepperdine, but overall it’s probably not that big of a deal.”

Wright, originally from Chicago, Ill., graduated from Pepperdine with a bachelor’s degree in Urban Studies and City Planning. He graduated in the early 1970s (the date could not be confirmed). As a strong voting member for the Democratic Party, Wright was first elected to theCalifornia Senate in 2008 to represent the 25th district and was reelected in 2012. Wright now represents the 35th district. His term was set to end in 2016.

Now, the ripples of 61-year-old Wright’s actions are reaching Malibu, teaching political science students what not to do in office.

“It’s disappointing that such a significant Pepperdine alumni committed such immoral acts,” freshman political science major Stewart Harrison said. “It’s kind of messed up. If I were him, I would try to fix the situation as best as I could, but if it was unsalvageable I think I’d just drop out of office.”

In the past, Wright has been voted legislator of the year by the County of Los Angeles, the California Small Business Association, the Municipal Power Association and the California Probation Officers Association; but now the masses seem more concerned with getting him voted out of office.

“He’s not my senator, and I’m glad I didn’t vote for him,” freshman Kelly Mull from Arizona said. “If he shows that kind of dishonesty to his voters, that means he doesn’t need to be in office anymore. He betrayed their trust.”

Though Wright can no longer serve as chairman of the Governmental Organization Committee, the jury is still out on whether or not he must be removed from office. His sentencing is March 12, according to the Associated Press. Wright is appealing the conviction. 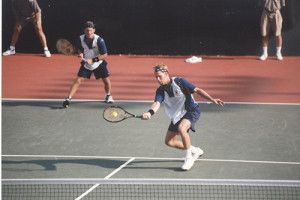