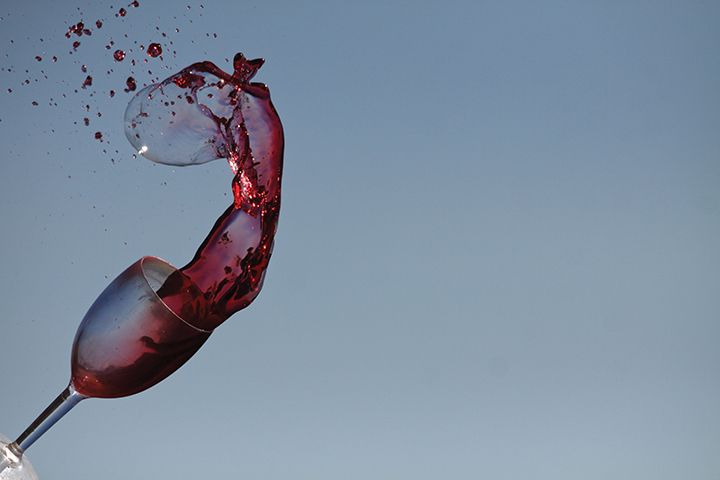 There was a time when dancing was banned and written permission was needed to visit a dorm room of the opposite sex here at Pepperdine. Policies have changed, but the ban against alcohol on campus remains a major part of campus life.

Policy debates range from alcohol and intoxicated individuals being banned from campus, those of age being allowed to drink off campus, “Good Samaritan” students being offered immunity if they help an intoxicated student in danger and the school offering resources to students struggling with alcohol dependency.

According to Dean of Student Affairs Mark Davis, some believe the alcohol policies incorporate a healthy balance of Christian values and individual freedom. Others think they increase the risk of accidents and deaths caused by DUIs.

However, according to Alcohol and Other Drugs Program Coordinator Robert Scholz, who is also assistant director of the Pepperdine Counseling Center, Pepperdine’s alcohol policies are, in fact, beneficial to the alcohol culture on campus.

“When students perceive the university is serious about the alcohol policy, they are more likely to engage in lower rates of drinking, especially on campus,” Scholz said. “The environment we have here and the clear policies about alcohol use contribute to lower rates of use. When students are in violation of the alcohol policy, we try to make our response compassionate and therapeutic. For example, although students might be placed on probation for a first-time alcohol offense, they also meet with a counselor to help them take a look at the incident or possible factors like a mental health concern that might be influencing the use of alcohol or other substances.”

Scholz said that though many believe banning alcohol on campus can lead to rebellion and more drinking because of the “forbidden fruit” mentality, the number of students who report drinking or binge drinking have always been proportionally lower compared to most other schools.

“It’s not that we don’t have students drinking,” Scholz said. “But our students on average drink low quantities of alcohol and less often than the average college student.”

There are three main contributors to this disparity.

The first is due to a more consistent enforcement of the alcohol policies than at many other universities, Scholz said.

The second factor is the personal attention to students who are struggling with alcohol.

Self-selection is another significant contributor, Davis wrote in an email, since students generally know Pepperdine is a dry campus before applying or attending.

“The greatest impact may be before students arrive on campus by helping them decide if Pepperdine is the place for them,” Davis wrote. “The dry campus policy is a clear signal that we’re not a party school … Most students come to Pepperdine because they don’t want the party-school experience and therefore, having a dry campus fits their expectations of college life.”

Many students believe it is necessary to drink in college, Scholz said, and while that is more accurate in some social groups than others, the perception is still skewed.

“According to the national surveys, students perceive others are drinking a lot more than they really are,” Scholz said. “The difference between what students are doing and what others perceive people are doing has a huge effect on behavior. If you think the drinking rate is higher, you may alter your drinking behavior and drink to meet that perceived, inaccurate standard.”

But whether in Malibu or abroad, Scholz said, the goal is not to discourage students from drinking altogether, but from drinking illegally or unhealthfully. If they are, he said, the school wants to work with them to get to the root of the problem, instead of trying to cover up the symptoms.

Scholz also said he perceives alcohol abuse as the tip of the iceberg of a much deeper issue, which is why after the first alcohol offense, the student is sent to the Counseling Center for an alcohol assessment to better understand the potential underlying issue instead of treating the symptom.

“I enjoy being a part of a more compassionate approach to treating alcohol problems,” Scholz said. “There is a lot of hope, and we have been really successful helping people eliminate or reduce their alcohol use. Students’ lives improve tremendously. We have smart, insightful students at Pepperdine. My hope is to help students look at their alcohol use in a rational way and have them come up with a plan instead of imposing my ideas on them.”

Students who need advice on how best to support a friend struggling with alcohol or other drug abuse should call the Counseling Center at (310) 506-4210 for free, confidential assistance, Davis wrote. “Also, students who are struggling with alcohol or other drugs should be assured that they can ask for help at the Counseling Center without facing disciplinary action. We’re all here to help,” he said.

On Sept. 16, 1975, former Pepperdine President M. Norvel Young was involved in a PCH accident that killed two women. His blood alcohol level was .23, and he admitted to consuming a quart of vodka shortly before the accident, according to the LA Times.

In 1985, the LA Times published an article about Pepperdine’s prohibition of dancing and alcohol on campus; in addition, students were required to get written approval from roommates and the RA if they wanted to visit the room of a person of the opposite sex.

On Nov. 23, 2002, a Ralph’s employee was fired for selling alcohol to underage Pepperdine students.

In 2003, an alcohol survey showed that approximately one in four Pepperdine students are classified as binge drinkers.

In the fall of 2004, the alcohol policy was changed to give immunity in special circumstances such as sexual assault. The Good Samaritan Rule was introduced, which gives immunity to those who seek assistance for a student in need.

The 2011 Clery Act report showed an increase in alcohol violations according to a Nov. 2013 Graphic article. 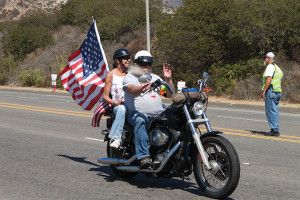 Photos by Marisa Padilla A procession of motorcycles overtook Malibu, led by police cars and a firetruck in honor and remembrance...
Copyright 2018 Pepperdine Graphic
Back to top