There are three main reasons that students look forward to Thanksgiving break: no school, time with people we love and food. But the greatest of these is food. Students often complain about meal points and the lack thereof, so a free home-cooked meal is no opportunity to shy away from. Food is important for various reasons, including comfort, celebration and culture. Specific to the African-American community is soul food.

Within this mouth-watering category, there are foods such as cornbread, collard greens, biscuits, dressing, candied yams, black-eyed peas, barbecue and much more. Although people are aware of what soul food is, what many don’t know is its origin and cultural importance. Soul food is not just a southern thing, it is a Black thing.

If one rewinds his or her historical clock back to the time of American Slavery, one will find the origins of soul food. “Soul food has its roots in slavery when African-Americans had to make do with whatever food was available to them. For the next 100 years after the abolition of slavery, many African-Americans continued to make use of cheaper ingredients” wrote American Soul food expert Andrea Lynn in her article, “What Defines Authentic Soul Food?” published Oct. 25, 2016 by About Food. From the mentality, endurance and skill of our ancestors came the glorified food that we all are fortunate to have the opportunity to enjoy on a daily basis in our homes, at restaurants and even at Pepperdine, if we’re lucky. They truly embodied the phrase “make the best of what you have.”

“The term “soul food” didn’t become common until the 1960s. With the rise of the Civil Rights and Black nationalist movements during the 1960s, many African-Americans sought to re-claim their part of the American cultural legacy,” according to Lynn. Black people put their heart and soul into everything that they could because of how little that they would have adequate access to. They weren’t allowed to dine in many places because of racial segregation, so they would gather with their families and neighborhood communities bringing together many different recipes and sharing stories similar to the customs of their ancestors. Although they were suffering through continued oppression and injustice, they still found the beauty in their community and culture just as we do today.

Other important components of soul food are the regional differences. One of the more popular subtypes of southern food is “Creole,” which originated in Louisiana. “Traditionally, slaves in the kitchens of well-to-do members of society prepared the food, and with an abundance of time and resources, their dishes offered an array of spices from various regions, and creamy soups and sauces” wrote Jay Ducote in her article, “Cajun vs. Creole: What’s The Difference,” published Apr. 24, 2012 by the Huffington Post. Due to French colonization as well as the influence of Spanish, West African, Native American and Caribbean cultures, creole food is a blend of many different cultural tastes and experiences that bring together that community and beyond.

There is more than meets the mouth when experiencing the art that is soul food. Behind each bite are the trials and tribulations that were overcome by slaves during American slavery. Behind each bite is the soul and heart of an African-American individual who just wanted to take what they had and make the best of it.

“Through the horrors of the Middle Passage and bondage in North America, generations of slaves preserved and created culinary traditions that remain strong today. Southern food reminds Americans of this difficult past, but it can also help us understand it and respect it,” wrote Christina Regelski in her article, “The Soul of Food: Slavery’s Influence on Southern Cuisine,” published by U.S. History Scene.

Food plays a vital role in all cultures, but the impact and importance of soul food define the African American community. It is because of our ancestors and their struggle that we are able to claim and take pride in this cultural difference. Keep this lesson in mind this Thanksgiving as you gather with your loved ones of different lifestyles and backgrounds. There is a harsh beauty in our cultures beyond what we can see. Be forever grateful. 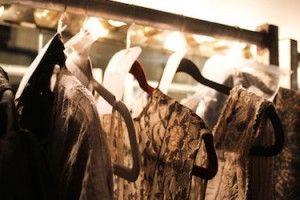