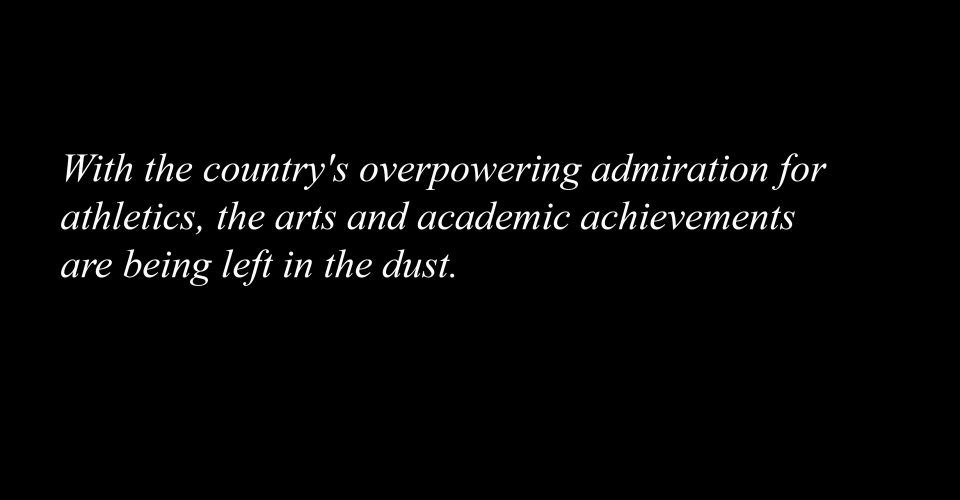 With the country’s overpowering admiration for athletics, the arts and academic achievements are being left in the dust.

Many college students face the sad reality of struggling to fund their higher education. Likely, funding from FAFSA or the college itself is not enough to cover the entire collegiate cost, forcing them to invest in the ever treacherous student loan pool. A 4.0 in high school, hours spent studying for AP tests or volunteering at a soup kitchen are suddenly not enough to convince colleges to give significant funding towards their education.

However, more than $3 billion was awarded to student athletes in 2015 in the form of athletic scholarships, according to a study on ScholarShipStats.

Academic scholarships are less available. In private colleges across the U.S. “17 percent of students got scholarships,” according to Kim Clark’s article “3 Ways to Get More College Merit Aid” published July 10, 2016 by TIME Money. Plenty of intelligent students do not receive enough funding to pay their way through college.

While sports are important and student athletes deserve funding, so do those of artistic and intellectual ability. But the sad reality is that student athletics tend to overshadow the entirety of the college campuses due to the large amount of revenue brought in by sporting events, leaving the arts underfunded. Universities should favor academics over athletics and give more recognition and funding toward the arts.

Pepperdine is pioneering in that regard — many students in the theater department, for example, have theater-based scholarships, and music is an important part of campus life. We as a university cherish our artistic abilities. But this is not always the case.

In many instances, students who are exceptional in the classroom or the arts receive little recognition or funding. And even Pepperdine has its shortcomings —while many students who are part of the athletic division receive some sort of financial compensation, it is much less common to receive the full payment or large scholarships based on academic merit.

Students from all spectrums of talent, be it academic, athletic or artistic, work hard to achieve their goals. The money should be more evenly distributed. There should be no biases for athletes, artists, or academics when it comes to monetary awards. 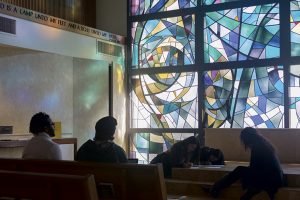 Photos by Brett Bean The Pepperdine Volunteer Center and the Office of Intercultural Affairs finished the Week of Peace,...
Copyright 2013 Jupiter Premium Magazine Theme
Back to top