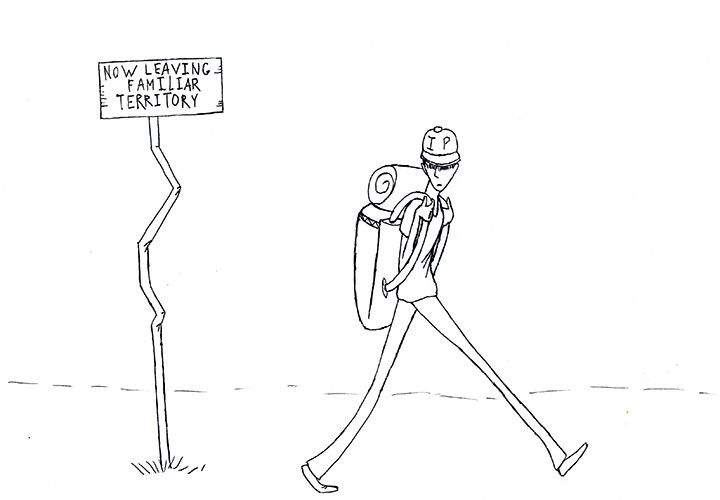 Pepperdine’s International Programs statistics say that participants of these programs include approximately 60 percent of the student population. For those students staying in Malibu next year as sophomores, that might very well seem like an under-exaggerated statistic.

From the first day of NSO, Pepperdine stressed the importance of its wondrous International Programs. IP and the abundance of options they have to offer was one of the many reasons why I came to Pepperdine in the first place. So I didn’t mind the overload of enticing information; in fact, it made deciding which program to apply for that much more difficult.

The deadline for applications was less than a month after I first arrived in Malibu, so I didn’t have much time to ponder the dilemmas I’d encounter if I went abroad. Nor did I have any reason to because those dilemmas definitely can’t be truly considered until after one has been in college for a while, after you’re given a reason to stay.

I have been accepted and am set to go to London, England for all of next year. However, now I am forced to encounter the fact that all of the relationships I have built and all of the adjustments I have made will now be not for nothing, but postponed, at least for the year that I’m gone.

Going abroad is going to be an amazing experience in itself, and I am super stoked to find out why all of those juniors and seniors are so desperate to go back. But leaving behind the progress I have made and the life I have built for a second time will be another challenge that was previously clouded by the optimism and excitement of possibility and adventure.

As I talk about my excitement for next year with my friends who are staying in Malibu, there is this ginormous elephant in the room that happens to be the size of an entire country and ocean combined.

All of the students going abroad, including myself, will be moving to a place they have never been to before. In my case, I will be leaving the country that I have never left before (besides one trip to Niagara Falls — the Canadian side! — and two trips to Aruba, which is essentially taking Long Island and putting it in the Caribbean).

I bet most people at Pepperdine are much more culturally exposed than I am, but that doesn’t make the choice to leave any less daunting and gutsy. Every single freshman at NSO was in the same position. We all didn’t know each other, we didn’t know the campus and we certainly didn’t know what to expect out of our four years at this school.

A lot of us had never lived in the same room as another person, or even shared a bathroom with someone else, let alone seven other individuals. We were forced to adjust to the Caf food, while craving the home cooked meals that our loving parents made for us (or takeout, if we’re talking about my parents and their cooking). We all felt homesick, and there’s no denying it.

Now that we have a better idea of our futures at Pepperdine with a semester and (almost) a half under our belts, we can truly grasp all that we will be leaving behind while going abroad. Whether it’s for a year, a semester or a summer, we will all be starting anew once again.

In my case, I have a little over a week before I am home for spring break. After that, the next time I will be home won’t be until after the semester has ended. Then it will be over a year before I am back on this Malibu campus I was so desperate to get to in the first place.

The ocean views and mountain climbing — otherwise known as walking to the CCB — will be traded for walks in South Kensington and train rides around Europe. Both options are extremely appealing, and I will eventually get myself back in the ‘Bu, but it’s still daunting to think about being away for almost a year and a half.

Fellow freshman, in the midst of our excitement to venture into the unknown of IP, let’s not forget to enjoy and live up what we have now. For when it comes to next semester, we will all be forced to go our separate ways once again, whether that’s back in the ‘Bu or in the exotic unknown.

Bring on the adventures, Europe, but also don’t let me forget the amazing people and experiences that will be waiting for me when I come back. 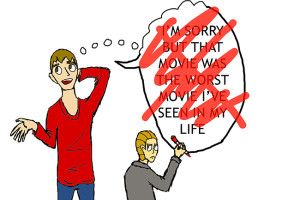 Art by Chris ChenWhen I first entered the Pepperdine bubble as a freshman this past fall, I quickly realized how little sarcasm...
Copyright 2018 Pepperdine Graphic
Back to top